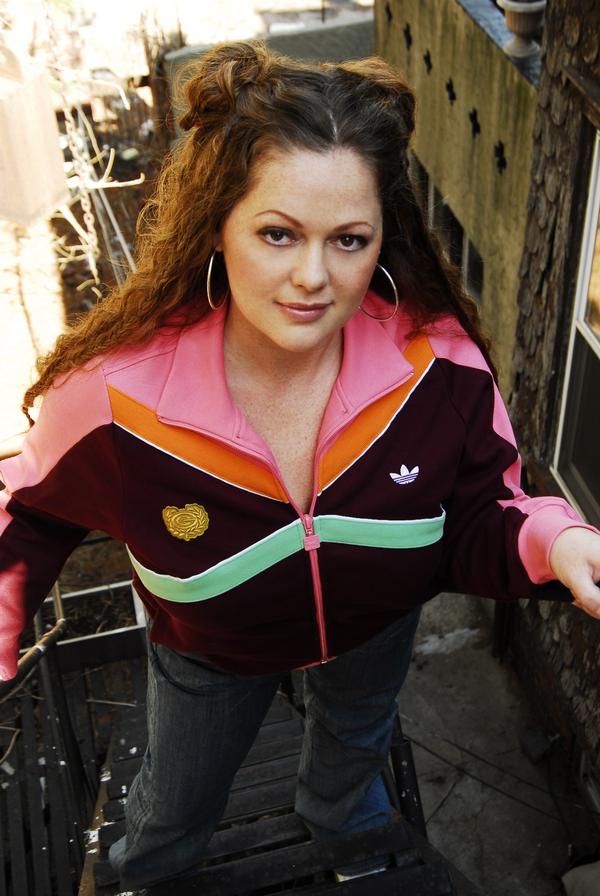 Desdamona is a powerhouse in the local spoken word scene and hip-hop community. She co-hosts Poet’s Groove at the Blue Nile every Tuesday night, and was also among the founders of B-Girl Be, the nation’s premier event for women in hip-hop. She is also one half of Ill Chemistry, her collaboration with beat boxer Carnage the Executioner. In her spare time, she posts daily writing prompts on her Facebook page. Quickly following on the heels of BGB and her campaign for Too Big For My Skin, Desdamona is releasing her third album, titled Inkling, and will perform this Saturday at Sauce with Carnage, Big Mike, and Alicia Wiley.

Poet’s Groove has been going on for quite some time now—hasn’t it been nearly a decade? What are some key memories you have of the span? Has the community changed? In what way has it remained the same?
It’s been eight years or so. At this point I can hardly remember when it all started. It all just melts together. The community has definitely changed over the years. I remember one night years ago when the electricity went out and we decided to keep going anyway. We all got in a circle in the dark and just kept the cipher going. That’s probably the most memorable moment to me. It’s been cool to see young performers start out at the Nile and then build up their skills and take it to bigger stages.

Like many local arts, the spoken word scene appears to be a vibrant one. What do you think is special about the Twin Cities spoken word scene?
I think that there are a lot of poets in the Twin Cities right now. Lots of different scenes within the scene. It’s good that it’s alive and kicking. I think that one special thing about the TC poetry scene is that you can find your Def Jam poets, your old school poets, hip-hop poets, writers of prose, playwrights, and everything in between. I think a lot of poets here have stepped up and made poetry acceptable in venues other than just coffee shops and book stores. The St Paul Soapboxing team recently won the National Poetry Slam Competition. So I think it’s safe to say we have some of the best poets in the nation.

One of the coolest things about our scene is how facilitative people are, people like yourself. How was it like for you when you first hit the scene? Who took you under their wing?
When I was coming up we had to do it for ourselves. Now there seem to be more opportunities for young poets. When I first hit the scene it was very cliquish and difficult to get in if no one knew you. One of the reason I like hosting on open mic is because I remember how hard it seemed to get a chance. I didn’t want it to be that hard for other people. There was really only one person who took me under their wing back then and his name was Blak Powea. He hosted the open mic at Jazzville; it used to be on 9th and Robert in downtown St Paul. He was really supportive of me from the moment he heard me and encouraged me to come back. He was the first friend I made on the scene. He and his wife Mechelle became two of my closest friends.

Describe the Too Big For My Skin campaign.
The campaign is a video project I did with B Fresh and it’s really just [about] positive body image and just feeling good about who you are. While I was developing the idea for the video I got an email from someone at Loyola University in Chicago who was asking permission to use the title of the poem as their theme for the year. I told them about the video that we were going to put together and we started talking about the possibility of expending the project through their mentoring program. I’ll be going to Chicago in March to lead a workshop and do a screening of the video. There is more footage with interviews of the women in the video that we are going to work with to extend the project. I’m also working on t-shirts for the campaign with designer Lacey Haire. She is the person who designed the CD cover and all the promo for the new release.

The Source was more about you as a triple threat. What led you to narrow the focus on Inkling?
I haven’t put anything out since ’07, and when I first went in to record this new project I was looking at it as more of an archiving of some of my work. It was a simple process to record because it was just words. We did the bulk of it in one day and came back on another day to edit and master the project. In the little time that it took I realized that we should put it out for people to have. I never really thought of it as narrowing the focus. I feel like it’s a good representation of my poetry over the years and I’m already excited to figure out what’s next.

The release show is at Sauce, which has become the spot in Uptown. Have you played there yet?
I played there for the first time a month ago at the Draw Fire showcase and had a really great time. I love the intimacy of the space, which is why I chose it for my release. I want to be close to people and have less separation between the audience and the stage.

What’s coming up?
I’ve got a show in France at the Sons D’Hiver (Sounds of Winter) Festival in February and I’ll be playing with Ursus Minor and Boots Riley (of The Coup). I’m really excited about working with great musicians and getting the chance to go abroad again. Carnage and I are working on an Ill Chemistry release as well as other solo stuff. Outside of recording projects Carnage and I have developed a curriculum called R.hythm A.nd P.oetry that we use for workshops in schools and I also have a curriculum that I developed with Theresa Sweetland from Intermedia Arts for the Too Big for My Skin campaign.