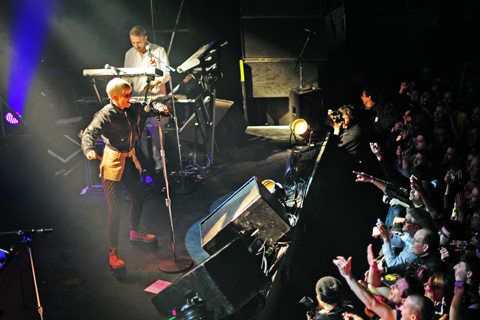 Just as Robyn was about to take the stage at First Avenue on Sunday night, I realized that there was some Twitter drama going down between me and her first opener.

Natalia Kills did a lot of miming during her set, and I kept count via Twitter: six mimed murders, five mimed suicides, and six mimed masturbations. Kills, it seems, took me to be suggesting that she’d lipsynced her performance. “Are you really gona say I’m miming?” she tweeted at me. “Meet me at the back right now & I’ll sing the whole song to prove u wrong then kick ur ass!!!” 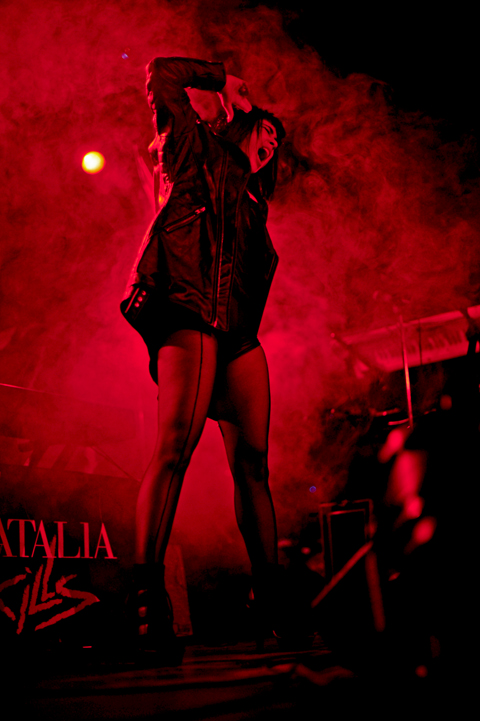 Emotions were running high on Sunday as Minneapolis welcomed the return of Robyn, the Swedish dance-pop star whose 14-year career is surging with the success of her 2010 trilogy of albums collectively titled Body Talk. Her appearance at the Fine Line last year was mentioned on many lists of the best local concerts of the year, and it was a seller’s market as ticket scalpers stalked First Avenue prior to Sunday’s very sold-out show—a show that many had feared would be cancelled after Robyn cancelled multiple immediately preceding shows due to illness.

Kills went on first, taking the stage for a quick three-song set just a half-hour after doors opened. She’d also opened for Robyn at the Fine Line; I wasn’t at that show, but I had not heard positive appraisals of Kills’s set from music insiders. Her set on Sunday similarly failed to please the music nerds, but there was a long, crowded line of people waiting in back to meet Kills and accept a free signed CD after her set ended. “You are the reason I am here tonight,” wrote one fan who slipped her a note with his e-mail address. “You are the most beautiful woman I’ve ever seen.” 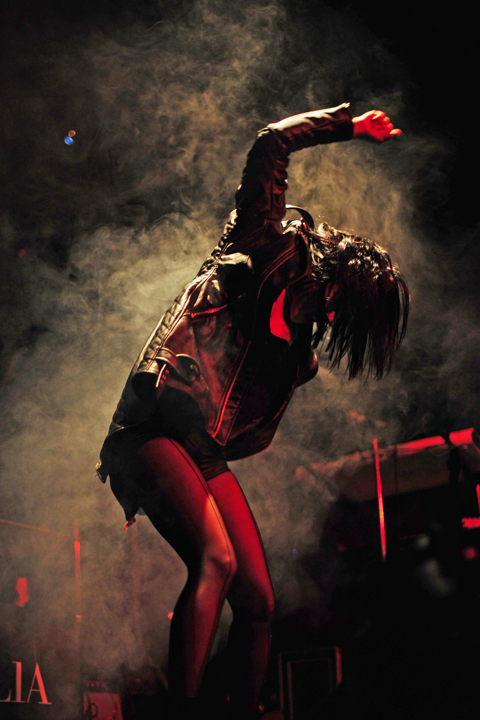 Personally, I dug her. Her dark dance-pop sounds great—especially her single “Mirrors”—and as a Freaky Deeky freak, I appreciate her over-the-top theatricality. On Sunday night she wore her signature captain’s hat with a long black coat over a leather (or at least pleather) leotard. If you can only bring two performers on the road with you, why not skip the slack-jawed drummer and instead opt for two dancers who will writhe about while you pretend to murder them while singing over a prerecorded track? I’m with you, Kills.

Next up was the flamboyantly attired Toronto electro-popper John O, a.k.a. Diamond Rings, who played a long and uneven set. I thought he was pretty standard-issue and listenable, though his set sagged towards the end; others felt more strongly in either direction. Twitter chatter seemed favorable, while a friend of mine texted, “This dude SUCKS. He sucks HARD.” He filmed a music video with MPLS.TV after his set and they seemed satisfied with the result, so if you missed him on Sunday you’ll soon be able to decide for yourself. 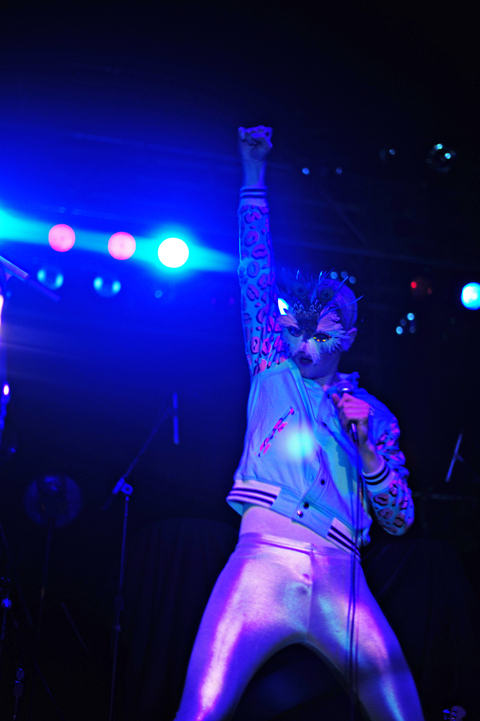 If Robyn was still feeling the ill effects of her sickness, she didn’t let us see it as she took the stage dancing and played a long set, with no fewer than three encores, to what she described as the best crowd of her tour to date. Accompanied by two drummers and two multi-instrumentalists surrounded by banks of keyboards and mixers—all clad in surgical white—Robyn bopped around the stage in platform boots, pumping her fists. (“Best dancer ever,” my friend Sarah Heuer—a self-described Robyn superfan—declared unequivocally.) A good rule of thumb for how well an act is winning First Ave over is how far back the hands-in-the-air go during the show’s peaks, and by that measure, Sunday’s crowd was more energized than any I’ve seen at First Ave since the October performance by Mumford & Sons.

Robyn’s set list drew heavily on new material—which, refreshingly, seemed to be exactly the way the crowd wanted it. She pulled out “Dancing On My Own,” her biggest recent hit, surprisingly early in the set but still had no shortage of fist-pumping singalongs left to keep the energy high throughout the set. From “Call Your Girlfriend” to “Indestructible” to the epic “Hang With Me,” every song was received as rabidly as the last; saved for last was her 1997 breakout hit “Show Me Love.” (An early starter, Robyn was only 16 when her debut album was released in Sweden; she’s now 31.) 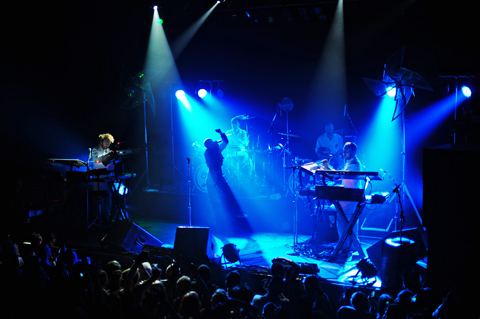 I’m a fan, and I spent the show jumping up and down in front of the pizza counter, trying not to land on any bouncers’ toes—that would be imprudent, to say the least. After the show, I ran into Vita.mn’s Leslie Plesser. “Wasn’t it a good show?” she said.

Oh, and that drama with Natalia Kills? We’re cool. After I tweeted a clarification (“Not miming the singing! Just the killing”), she responded, “ur so cute!!! I love you sweetheart xx” and started following my tweets. It’s flattering, but I’m keeping my distance…based on what I’ve seen in her video series Love, Kills xx, you can let Natalia Kills fall in love with you, but you shouldn’t ever let her take you to bed.