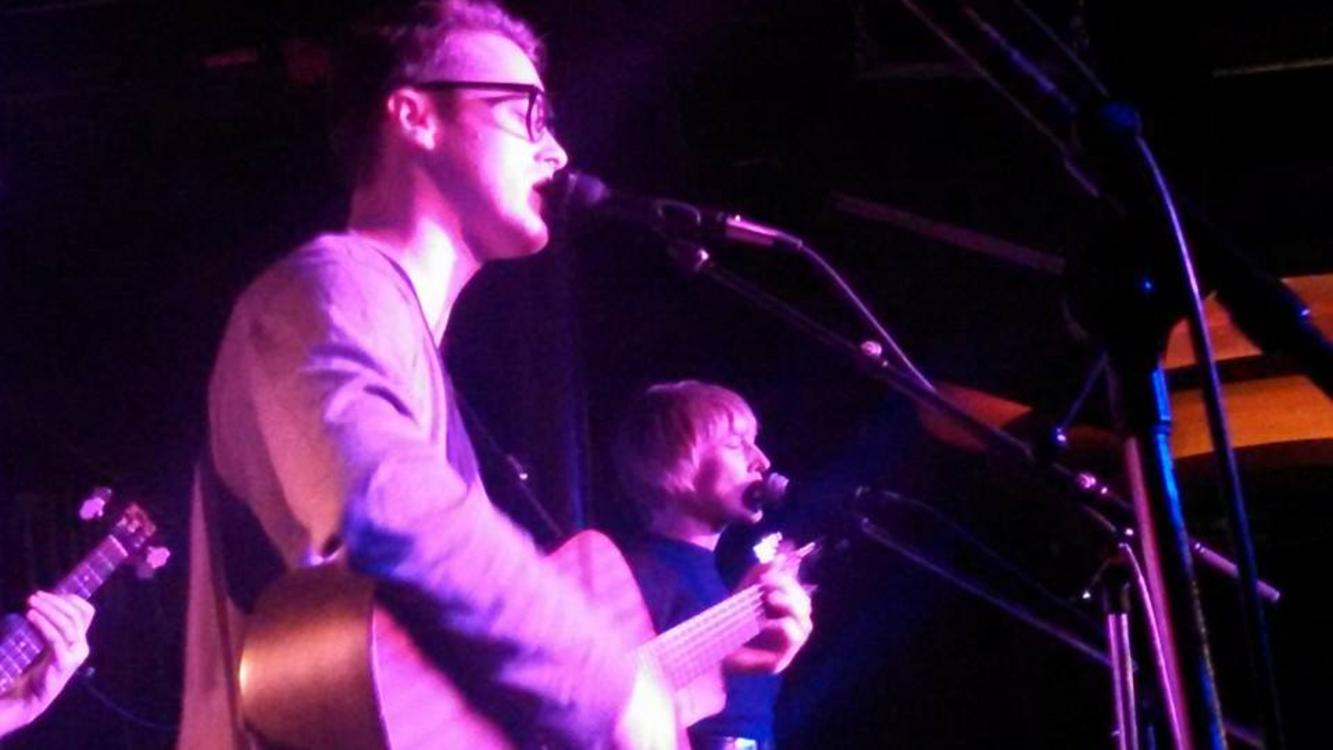 Man, woman, child, I don’t care who you are – everyone has a little crush on Jeremy Messersmith. He could fit into almost any era with pompadour, dark glasses and cardigan. He could play with Johnny Cash, Buddy Holly or the Bing Crosby, banter with Mr. Rogers, give him a pipe he could hang with Beaver Cleaver’s dad. The themes of his song – mostly love lost – are just as universal. And that adds to the crushability!

I was a mostly passing fan of Messersmith until Heart Murmurs – so I was pleased to have him play many songs off the album at the Turf Club on Wednesday night. I thought the live version of Heidi was especially good. It was rocking – and I would reserve that adjective for few of Messersmith’s songs. Listening to You’ll Only Break His Heart in a crowd is a surreal experience. The song itself will only break your heart so to share it with a sold out crowd does seem to bring you closer to humanity.

He also played several songs that were recorded for Heart Murmurs, but didn’t make the cut because, as Messersmith noted, they were too happy. I strongly suggest they gather up those songs for a 2015 summer release called Heart Sings. Then those of us who spent summer 2014 tearfully driving around rural Minnesota for work listening to Heart Murmurs can change our attitude with the change of tunes!

In the middle of the show Messersmith played solo for about 25 minutes – including a solo version of Wrecking Ball and an abridged version of Snow Day. Both big crowd favorites. And both serve as a reminder of how a great musician like Messersmith can turn everyday details of life in the Midwest and make them seem so important – and again universal.

Messersmith plays again on Friday night at First Avenue. It will be fun to see if there are any big changes in the show. I suspect there will be. The Turf Club offers an intimacy that’s just not possible with the larger venue. But in First Avenue is the possibility of grander showmanship – although few can do understated cool like Messersmith as demonstrated best with his anti-holiday festive song – Let’s Ditch Christmas.