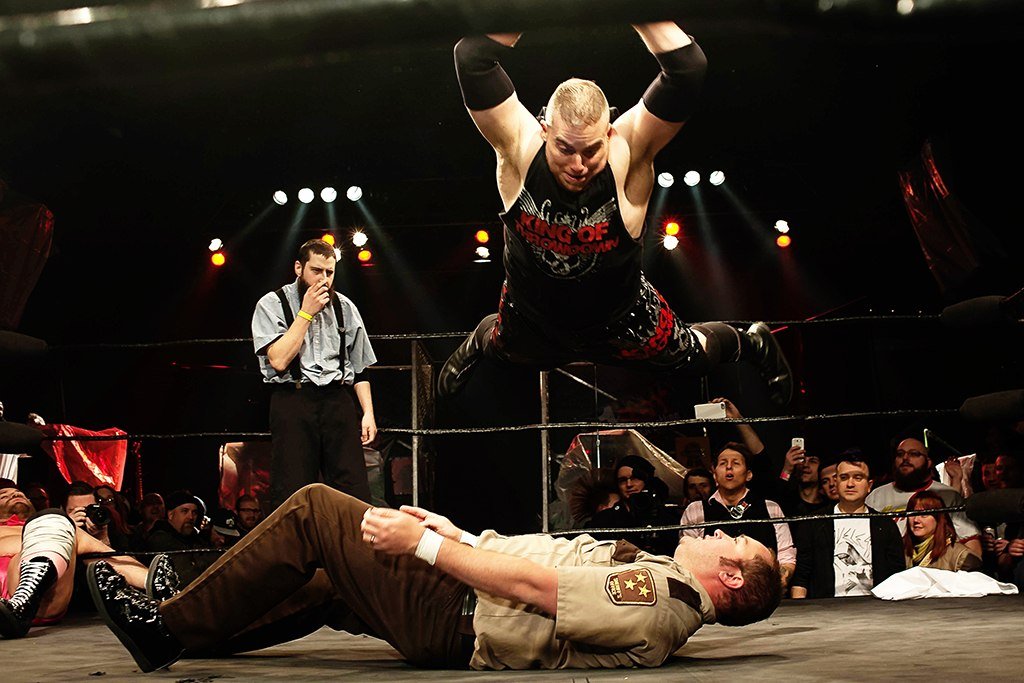 I could write a big article about the technical prowess of the likes of the North Star Express, Zero Gravity, and the other performers involved in Jan. 9th’s Wrestlepalooza V event at First Avenue.

I could give a long list of results, giving detailed recollections of the cartoonishly ridiculous number of high-flying and amazing moments involved in each and every match right down the card.

I could tell you Metallagher’s setlist, and run down how their gimmick fit the show.

I could tell you how Queenie Von Curves continued to fit right into the Wrestlepalooza world, and how Musette killed in an Optimus Prime themed burlesque act uniquely catered the the folks in attendance.

But none of these things, not a one, would accurately describe or do justice to how amazing Wrestlepalooza V was. And by God, it was amazing.

It would seem that Wrestlepalooza is no longer the best-kept secret in wrestling, as the event finally sold out First Avenue, packing almost a thousand strong into a space that was barely able to hold the rowdy and energetic crowd. The place was hot all night for virtually everything that was going on, but particularly the wrestling, as chant after chant burst from those in attendance to spur on the performers in the ring.

With each passing Wrestlepalooza it seems clear that the folks running the show are drawing closer to the perfect formula, honing in on complementary acts to the fantastic mix of wrestling, of both the pure athletic and the fun, comedic sort, in the ring. Metallagher more than any previous act fit the bill for the over-the-top action in the ring, although the mess they made probably made things a bit difficult for the wrestlers who followed.

Wrestlepalooza deserves a gross amount of gushing praise that is more suited to Twitter or a comments section than should be delivered in an actual article. So with that in mind, I’ll sum things up like this: That was a damn good show, and if you plan on seeing it in the future, you better buy your tickets early. Because folks are figuring this out.