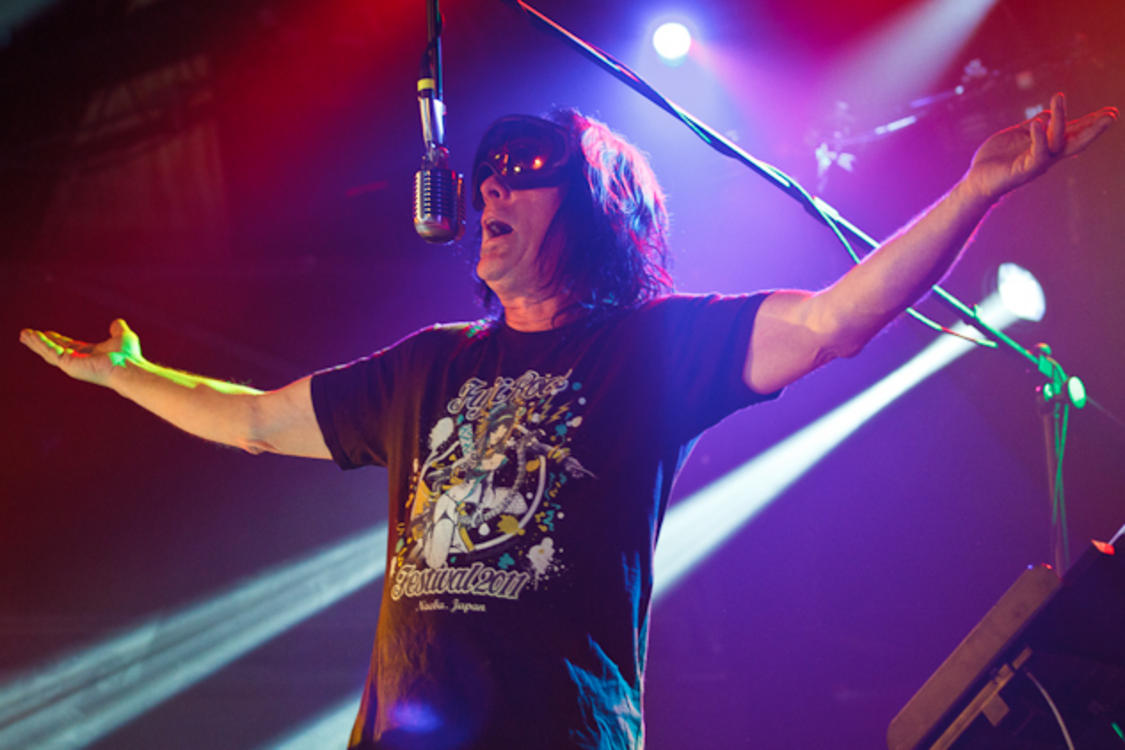 Loyal fans of legendary Rock musician Todd Rundgren met up at the Varsity Theater Monday, May 20th anxious to find out what the unpredictable artist had in store for them. Some probably came expecting to hear hits spanning his 40-plus year music career, but diehard fans know to expect the unexpected. The evening might best be described as a representation of Rundgren’s one man projects with a few specially picked tunes from his extensive production work woven in.

The Crowd:
Considering Rundgren is nearly 65 and his best known performance years where in the 70s and 80s, it makes sense that the crowd was a bit older. The looks on some faces suggested that many weren’t expecting a techno beat driven dance show, but most seemed pleasantly surprised and genuinely entertained. You might say it’s a gutsy move to try and sell this trendy format to an audience of the Classic Rock era, but Rundgren’s creative hunger never allowed him to stay boxed into any one genre. He has always been on the cutting edge of music technology, so a project like this is just the thing that keeps him relevant and interesting.

The Venue:
Since being remodeled, the Varsity Theater has some real charm and was just the right size and feel for this show. Good work as always by Sue McClean and Associates getting shows like this booked in the Twin Cities and in the appropriate venues.

The Band:
Todd Rundgren was nicely visible on a platform center stage, surrounded by electronics and a vintage microphone overhead. He only picked up his guitar a couple times, which may have been disappointing to some, but his impressive vocal stamina more than made up for it. Todd was clearly having fun with this fresh material and was full of energy, jumping up and down and dancing at times like a zombie in the “Thriller” video. Rundgren’s usual bandmates Jesse Gress (guitar) and Prairie Prince (drums) added finesse and dimension to the preprogrammed electronic tracks.

Sound & Lights:
The live instruments and vocals were mixed very well with the electronic tracks at a good volume. Rundgren brought his own hi-tech lighting that contained lasers and strobes. It was very busy at times, which was a good match for the music.

Show Start:
There was an excitement in the air as the band appeared on stage wearing goggles that looked like something from a Mad Max movie. The electronic sound that would dominate the whole show kicked in immediately with three songs of the new release State.

Standout Songs:
Fans perked up with excitement when Rundgren played versions of some of his production work like The Tubes tune “Prime Time” and “Personality Crisis” by the New York Dolls.

Encore:
The audience gave their approval with an unexpected roar that brought Rundgren back to the stage alone for a three-song encore backed by his computer setup. Fans finally got some of the hits they came to hear (“Can We Still Be Friends,” “I Saw the Light” and “Hello It’s Me”), but keeping with the “Toddtronica” theme of the evening they were not immediately recognizable.