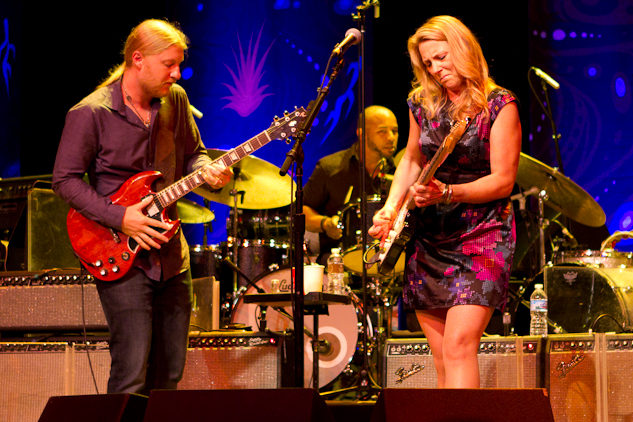 Mention the Tedeschi Trucks Band (or TTB) and the ears of any guitar geek or jam band freak will immediately perk up. Don’t think that’s an insult as these music fanatics are proud of their passion and any label that comes with it. The TTB has become a must-see for any connoisseur of live music performance because this band is all about playing with love and communicating raw emotion. Their dedication rang true Wednesday, June 19 in St. Paul with a performance that should be considered one of the best we’ll see here in 2013.

The Venue: The Fitzgerald Theater was a nice fit for the TTB on this pass through the Twin Cities. The nice size stage gave the 11 piece band just enough room to breathe and offered good visibility to the thousand seat capacity audience. The acoustics were spot on and could be particularly appreciated during the many dynamic solos taken by all of these great musician’s. The lighting was also exceptional with a colorful backdrop made up of 6 individual banners matched up to make a scene with a western feel showing a buffalo charging a locomotive.

The Crowd: The audience was mostly middle aged guys and gals who are long time fans of Derek’s and Susan’s work individually as well as the whole jam band vibe, with a couple first timers who surely will be back next time. The overall feel was very festive and everyone had a love for this music in common whether you were wearing a Grateful Dead t-shirt or Tommy Bahamma.

Standouts: The two-hour set of music contained extended versions of most songs giving everyone a chance to showcase their talents. They also offered an advance listen to new material from the upcoming album scheduled for release in August. One of those tunes “I Know” is reason enough to order your copy in advance. A strong Delta blues influence forces you to make that face that lets people know you’re feeling it. Tedeschi’s voice was just amazing with notes reaching out so far you could hang a star from them. Koli started out the solo section with some tasty licks on the B3 organ. The horn section really stood out on this tune starting with an attention grabbing trumpet solo before the sax and trombone joined in making you want to raise your hands and shout.

You could tell “It’s So Heavy” is one of Susan’s new favorites and she really gave her all on the vocals while Derek’s solo came in on just the note you were begging for and was truly flawless.

One of the songs everyone seemed to be waiting for was “Midnight in Harlem.” It started out so sweet and gradually built to a point that could give you chills. The dynamics were so impressive especially when everyone dropped out of the mix giving Derek space to craft one of his best solos of the evening.

Remember Sue McLean: Last month we lost our beloved concert promoter Sue McLean and this was one of her favorite bands. The show was a great tribute to her as I’m sure she was there in spirit and on the minds of many in attendance.

Supporting act: Aspiring local talent Trent Romens started out the evening with an acoustic set of original tunes and blues covers. Romens communicates a good feel from his six string and has a vocal tone that lends itself well to the genre. He will be one to watch as the potential was evident. 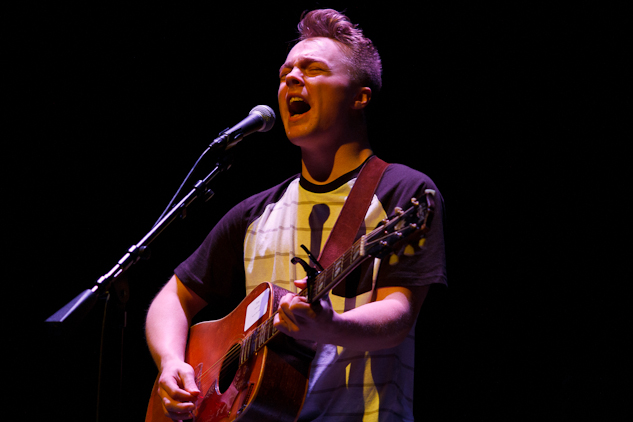 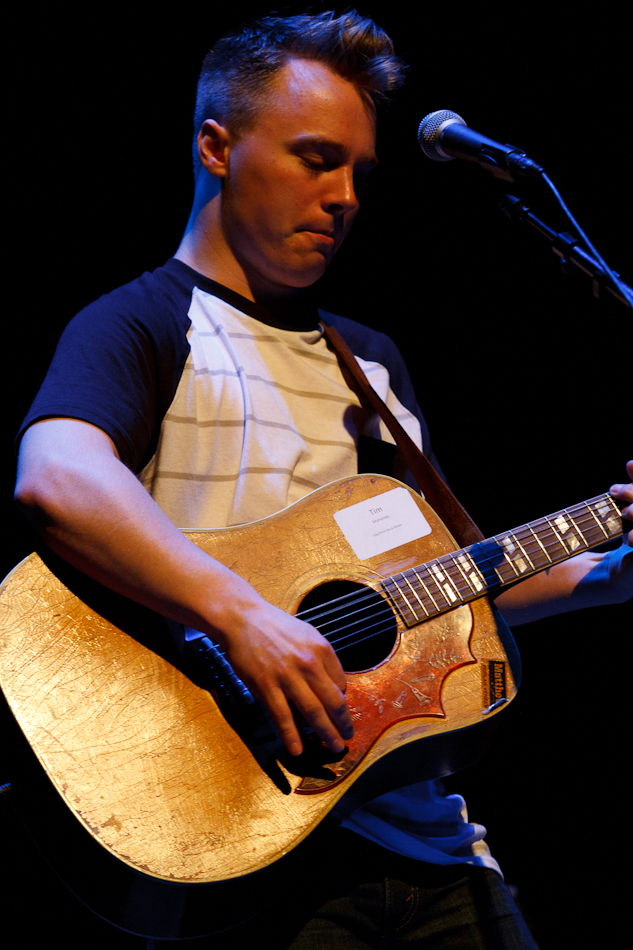 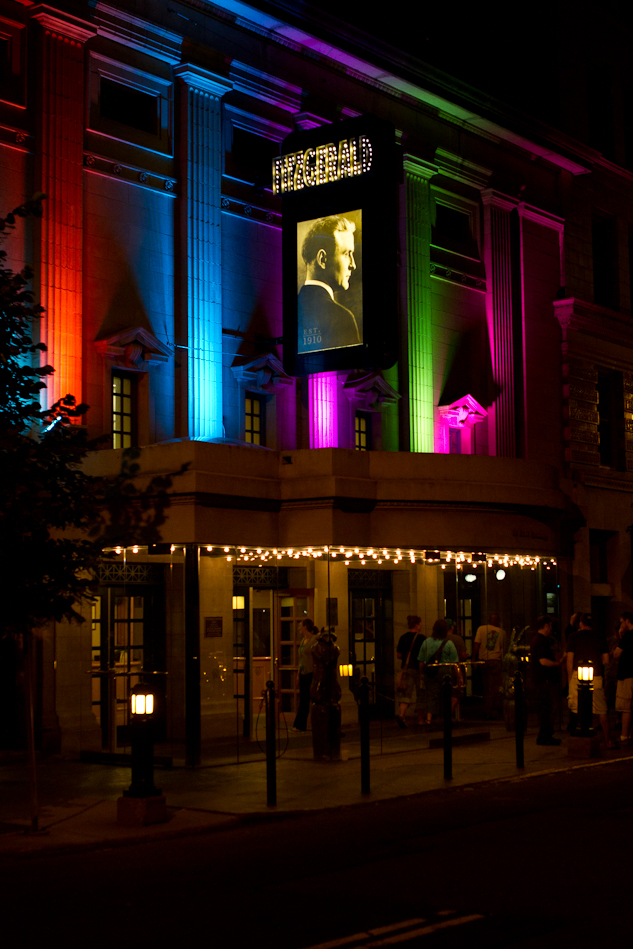 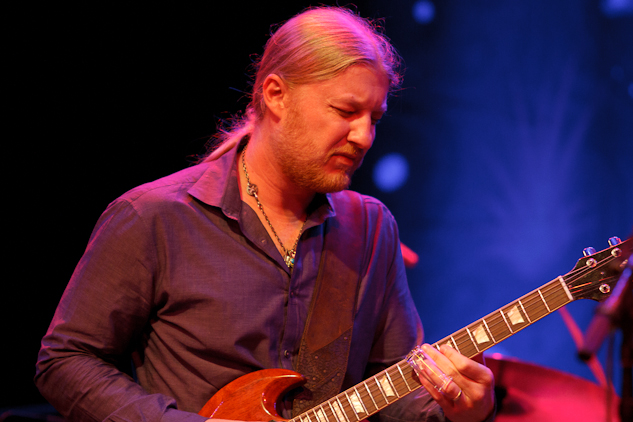 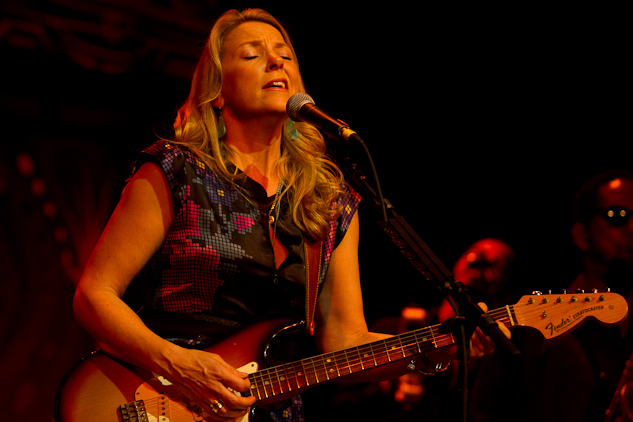 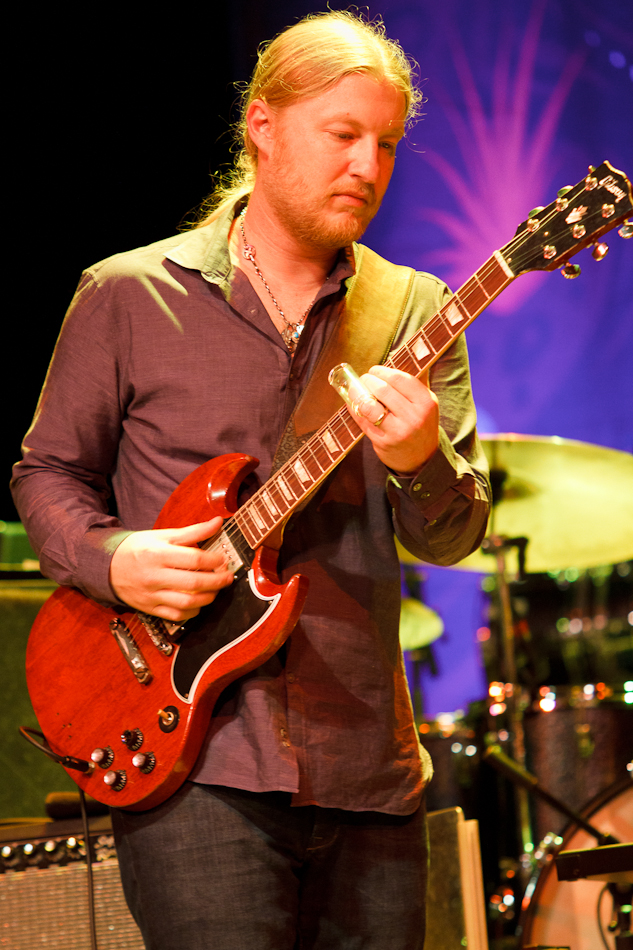 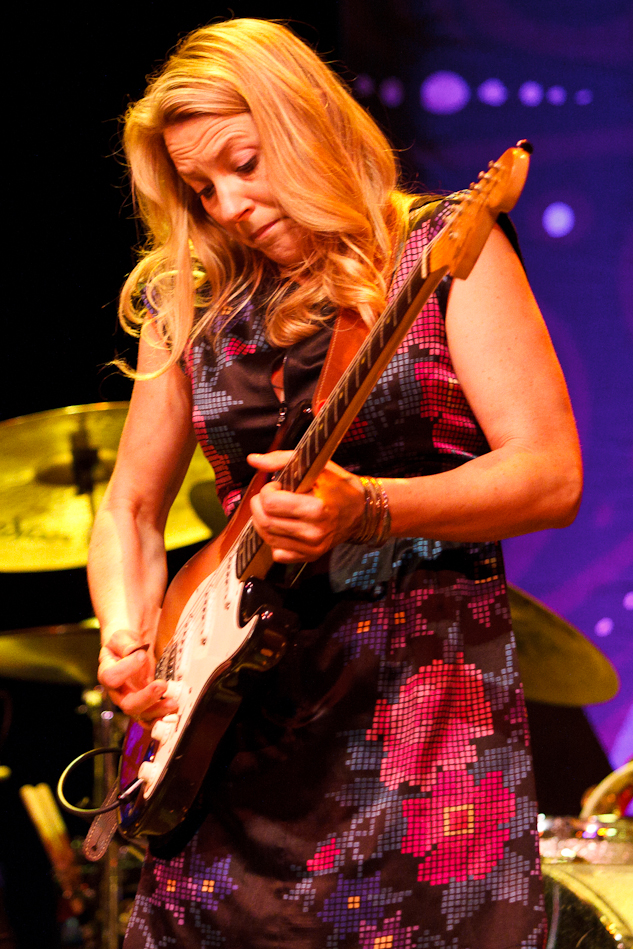 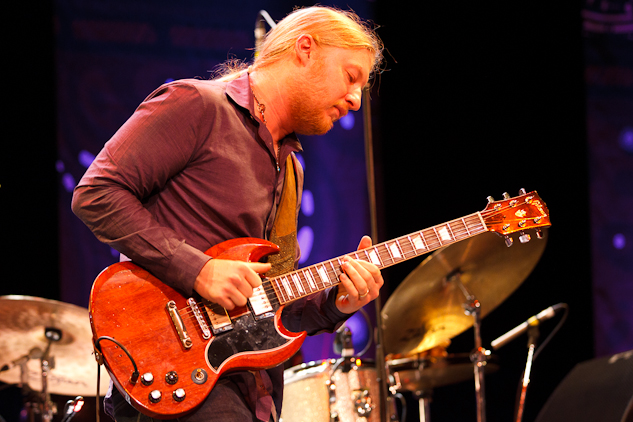 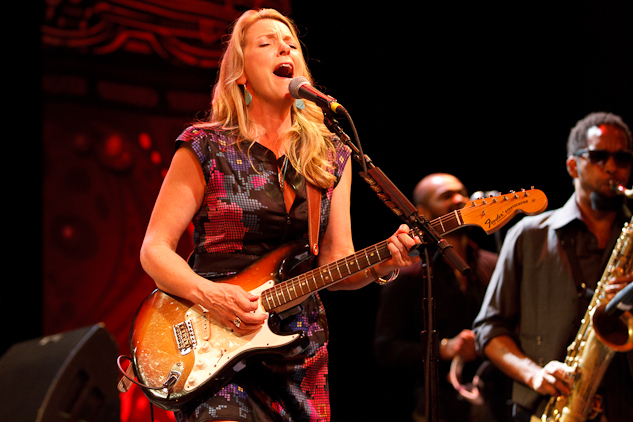 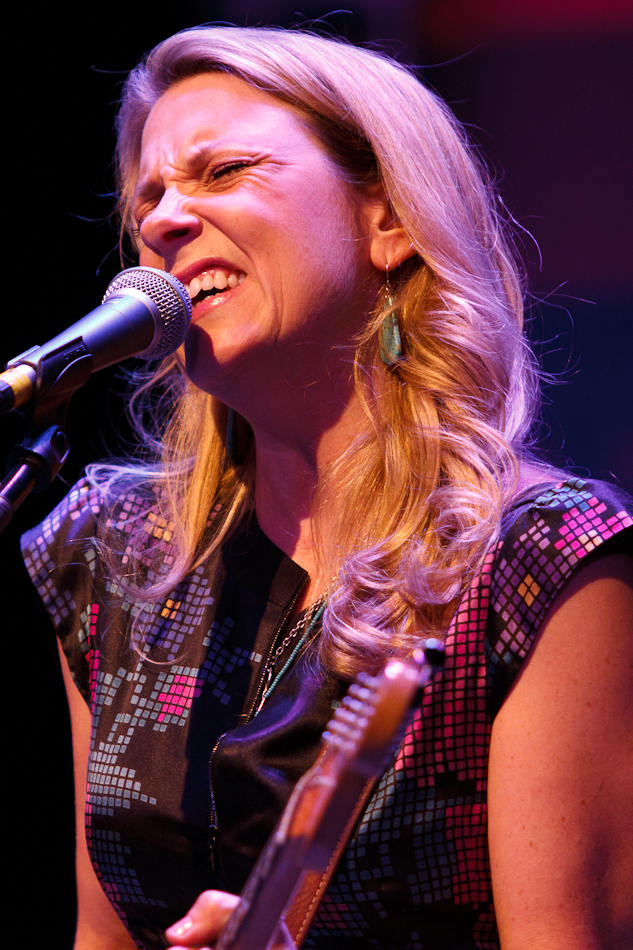 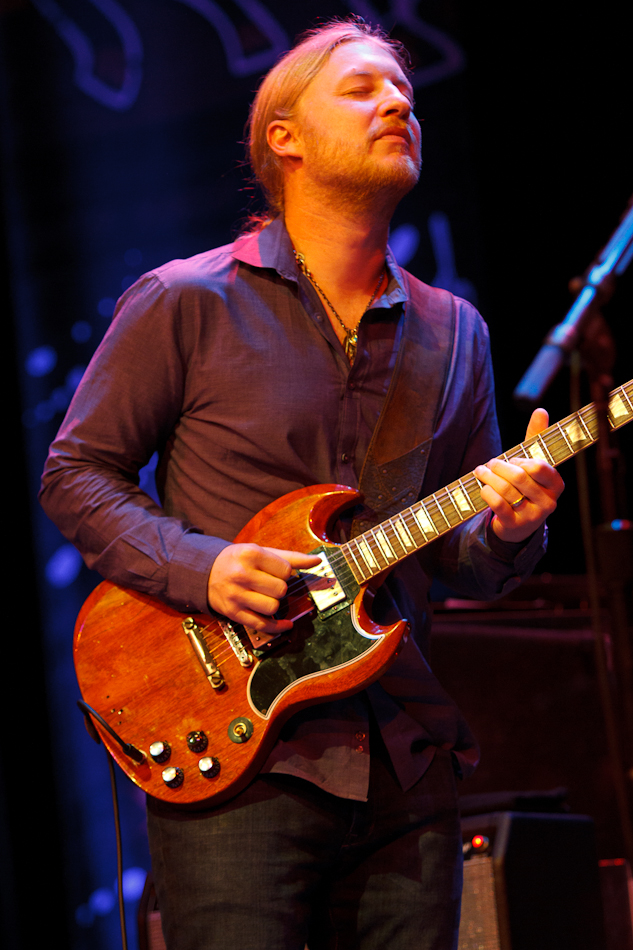 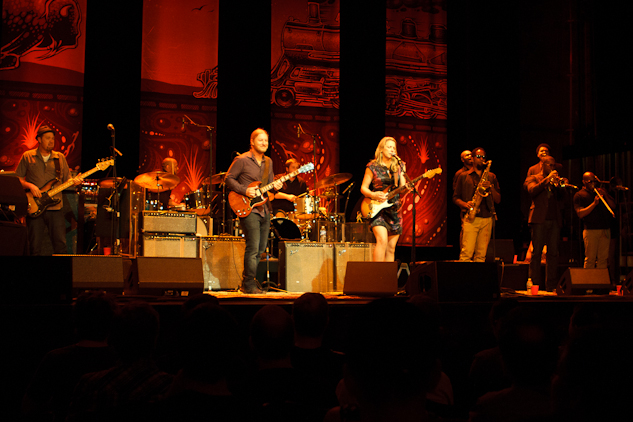 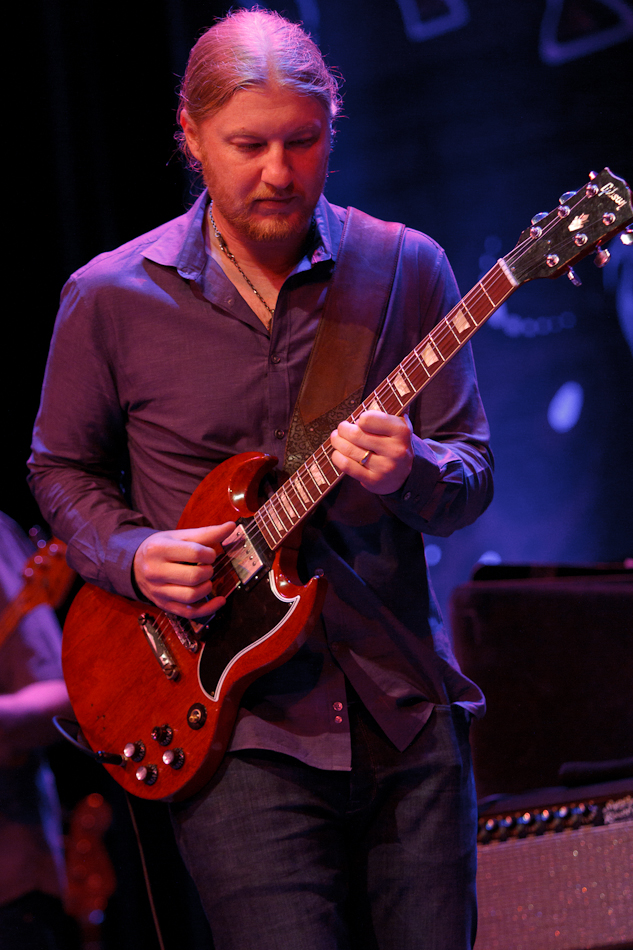 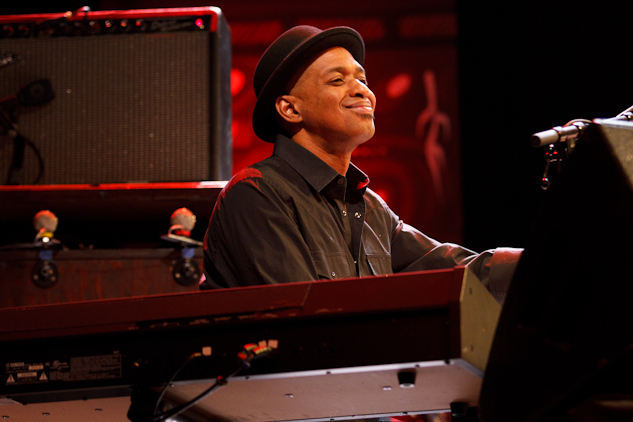 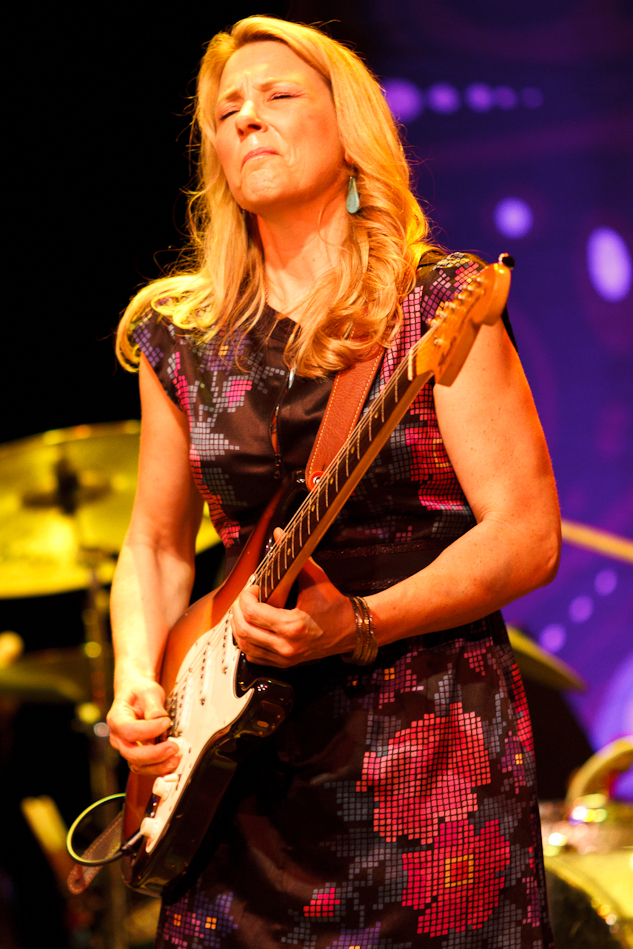 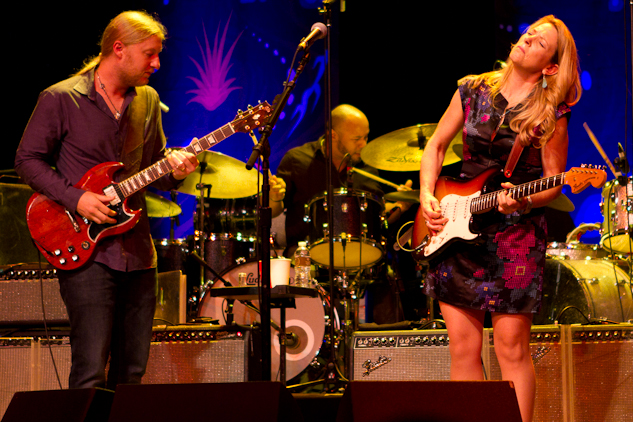 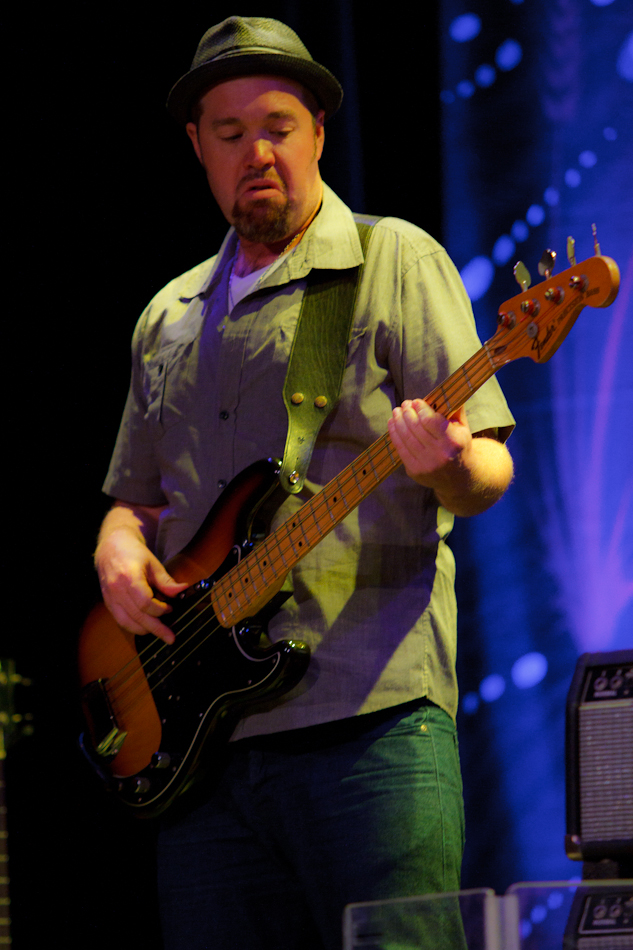 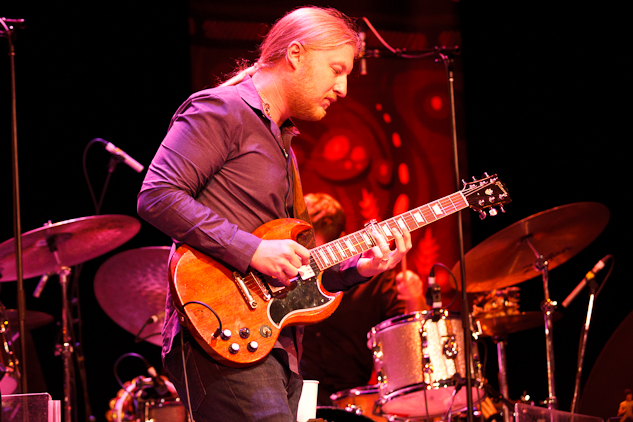 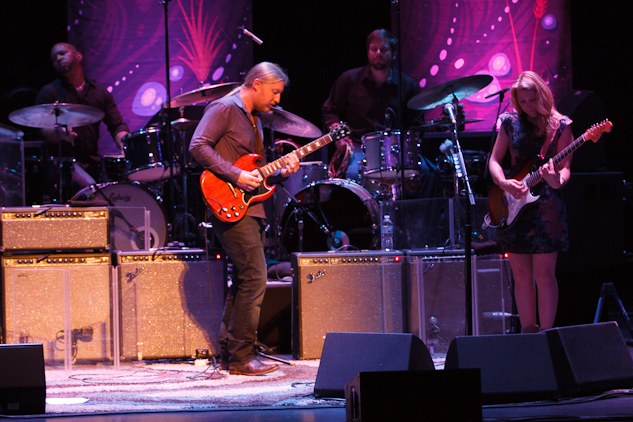 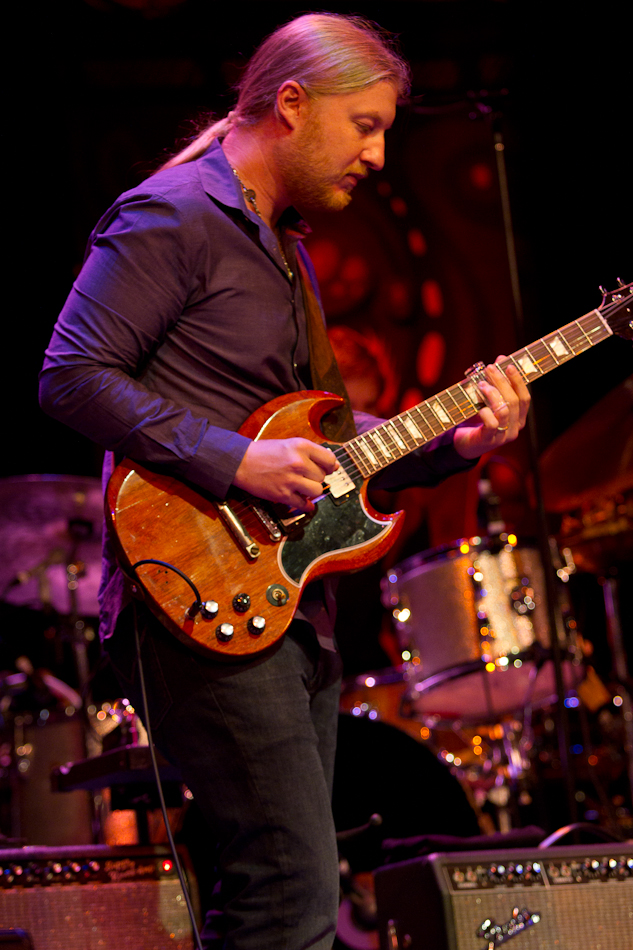