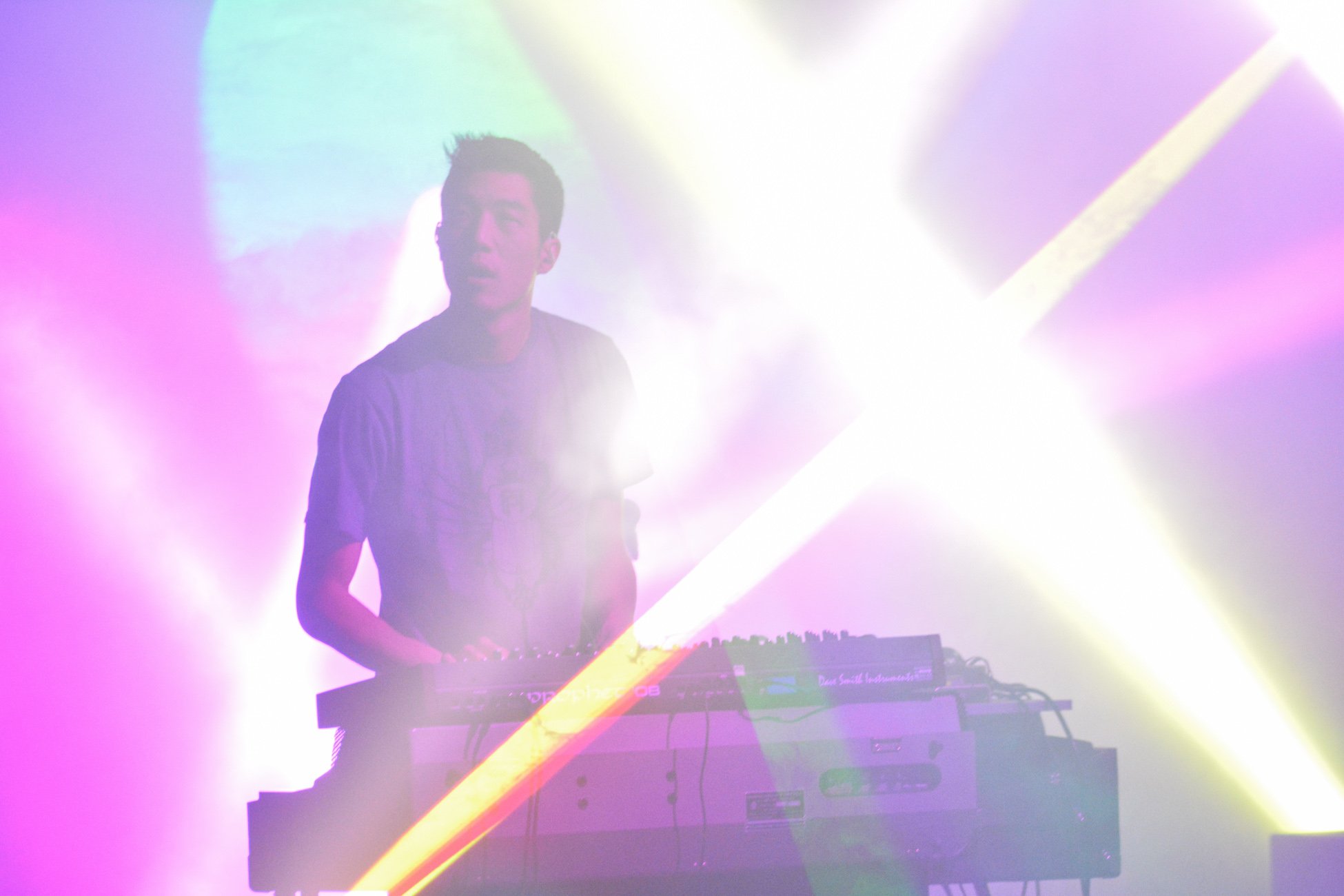 I’ve never been to the Myth night club before, and just driving out to it was a bit of an experience. Driving the 45 minutes it takes to get there from where I live felt like I was going to East Jesus Nowhere. The fact that Myth is also situated between several strip malls, a rug store, a hibachi place, and a shopping mall didn’t really alleviate the sentiment. Also, the Myth has a parking lot and you don’t have to pay for parking. Imagine that. After parking (for free!), I wandered to the doors and waited in a short line with some rave kids all decked out in fuzzy leg warmers, glow sticks, and other forms of customary leg gear. After that, my purse was thoroughly searched and I was patted down, something which is also very foreign to me in the context of a live show. Maybe I’m just not going to the right kind of shows. Once I got in, I made a beeline to the bathroom (45 minutes is pretty long when you just drank a ton of tea) and guess what? They have a bathroom attendant. She was mostly just chatting with her friend and offered me a paper towel as I walked out, but it was strange. After all of the shock and awe settled in, I made my way to the barrier to wait for the first two acts.

Paul Basic was the first act to grace the stage, and the name rings true as he was rather basic. His set was pretty much what I’d expect of a club night DJ and that would have been fine if he were actually playing a club night. The crowd was remotely into it (although some of them were into any music playing, including the between-set music), but his set was just a bit too boring for my tastes. To his credit, there was some interesting stuff going on in the higher ranges of his set, but the bass was just too loud to really hear and appreciate it. The only way I could properly hear it was by plugging my ears (which I did somewhat often because I forgot my earplugs at home.) Other than that I didn’t notice redeeming qualities. The transition time between Paul Basic and Blood Diamonds was a mere seconds. Such is the beauty of DJ acts.

The second act up was Blood Diamonds whom I at first thought was an odd edition to this electro concert. It made a little more sense though when Michael Diamond—with his fluffy blond hair flying around—launched into a bona fide DJ set. I was a little disappointed that he didn’t play his music in a song-break-separate song-break format, but I wholly understand that that would not have gone over well at this kind of concert. That being said, the crowd seemed way into Michael’s set. It morphed between well-known EDM tracks, rap samples, and apparently new Blood Diamonds material (which I was told after the show when I talked to Michael for a bit.) The set included an apt amount of crescendos and beat drops to get the crowd “turnt up.” It was a fun time and certainly a lot more entertaining than Paul Basic, but I wasn’t going crazy for it. I am looking forward to seeing Blood Diamonds back in town in the future playing in less of an EDM setting.

After Paul Basic and Blood Diamonds had done their thing, I made the decision of retreating to the balcony, after being warned by a friend that SIMshows over-sells their concerts. She was right. Even trying to get upstairs at this sold-out show was a process. I had to weave my way through girls in tight, sparkly clothing and bros in sports sweatshirts to find a place in which to simply breathe. While I was waiting, I contemplated getting a cup of water, but determined the feat impossible as the ring around the bar was at least four bodies thick. After a few minutes of observing the drunken white people in their 420 and weed emblazoned t shirts, Pretty Lights came on the stage. I know that they were the headline act, but I feel like I really don’t have much to say about them. Obviously the over-packed crowd was really excited about it. One thing of note is that they had a full live band with guitars, drums, and some other stuff that was obscured from my view by hordes of human bodies. In my very humble opinion, I think that Pretty Lights’ music is unremarkable and boring. The most entertaining part of their set was watching the brightly colored glow stick-dotted sea swaying along to their music. I spent the rest of the night alternating between playing solitaire, watching the show, and attempting to get a cup of water. I slipped out a little bit early to avoid the deluge of ravers, and noted several cop cars out front along with a throng of taxis sporting names like “sober ride.” I pulled out of the (free) parking lot, and drove off, bored, happy about Blood Diamonds stickers, and tired.