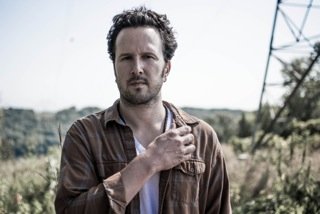 Mason Jennings declared himself a Northerner on Saturday, April 5 at the State Theatre. Jennings, who stopped in Minneapolis as part of his cross-country tour to promote his new album Always Been, calls this frozen land that is Minnesota home (he’s even got an album called Minnesota). Just as we’re on the verge of moving past the coldest winter in recent memory, Mason Jennings is still able to defend his homebase to all the Southerners who ask him why he lives here while he’s on tour. He seemed relaxed—maybe even relieved—onstage Saturday night, and his concert felt like home. I know how obnoxiously corny that sounds, but Mason Jennings is Minnesota to me and a good reminder of why we live here.

Jennings elected to employ producer Bo Ramsey for Always Been instead of locking himself up in his cabin until he’d written and recorded an entire album (as was his MO for earlier albums). I went into the concert knowing very little from his new album, but his music is accessible in that way. “Rainboots” had the classic Mason Jennings branding—charming and catchy, kinda to the likes of “Butterfly” or “Michael’s Song.”

Old songs like “Your New Man” were mixed in with new ones like “Patti and Robert” and one without a name yet (that one about Florida’s everglades). Near the beginning of the show, Jennings played two personal favorites back to back: “Golden Crown” and “Dakota.” Even though Jennings is furthering himself as a musician, he’s not changing his identity. He may be recording in a studio now, but he manages to maintain his rustic vibe in a geniune way.

Iris DeMent opened the show and was charming in between her storytelling songs, and the crowd loved her. She came out for Mason Jennings’ encore; the two make a great duo—both their voices have a folksy edge. Jennings enlisted DeMent on his album as well, and it was clear how much he idolizes her (he made a comment that the piano felt blessed after she’d played it).