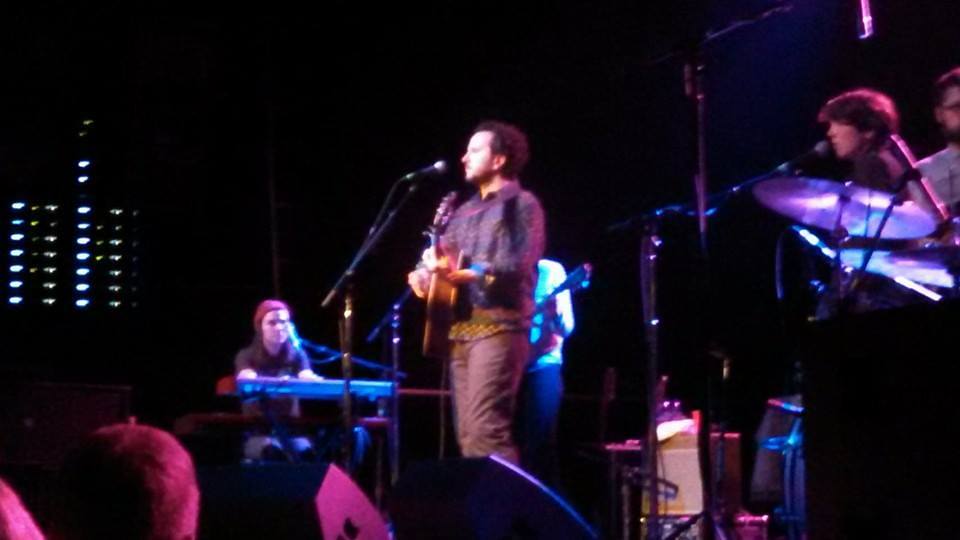 I had never seen Mason Jennings live before Friday night. I’m not sure what I was expecting. Mason Jennings is mellow. He’s very cool on stage, very natural. I heard someone in the crowd describe him as “Dylanesque.” I know this won’t win me any fans but I think that’s damning with faint praise he’s much better than Dylan. He just has a much smoother voice. If Dylan were a whiskey, he’d make your eyes pop when you drank; Jennings makes your eyes close. But they both certainly share the folks singer ability to sing a story.

He played with a stellar band of local musicians. (I love when Jake Hanson makes the guitar sound like whispy whistling firework!) And a guest appearance by Tristen is a treat. (A full band cover of Ozzy Osbourne’s Goodbye to Romance is worth the price of admission.) But I enjoy his solo work the most—such as “Your New Man.” It’s very Roger Miller with that honky-tonk speak-sing style highlighting a “funny ‘cause it’s true” (true for someone anyway) story.

I ran into childhood and family friends at the show who are working on a movie; Mason Jennings and The Pines have been working on the soundtrack. The movie is called The Blood Stripe, a psychothriller about a female Marine veteran and her struggle to come home, starring Minnesota native Katie Nowlin. The movie is still in process—so it’s a little insider scoop!