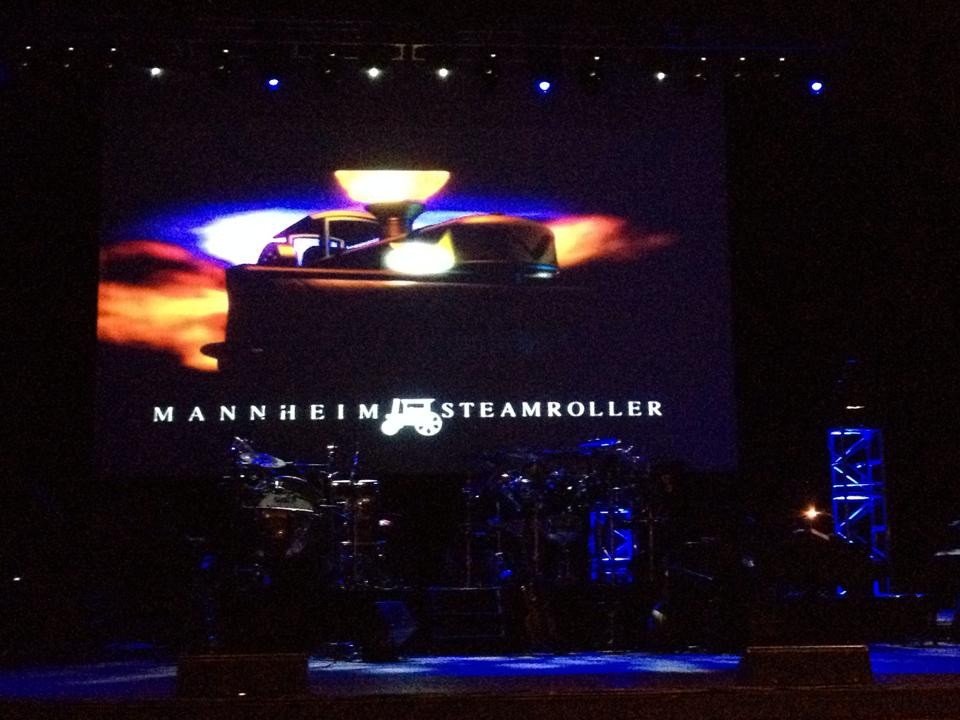 Mannheim Steamroller, currently celebrating its 40th anniversary year, is now almost as much a cultural phenomenon as a performing ensemble. Even people who don’t recognize the name have probably heard its holiday music on the radio or as the soundtrack for innumerable videos on YouTube showcasing holiday lighting excess (not that that’s a bad thing). The ensemble’s holiday concert tours are sufficiently successful that there are actually two simultaneous touring groups crossing the United States each year. This is the root of the problems with the Dec. 7 concert at the Orpheum Theatre.

Having multiple touring groups is not necessarily bad–the Vienna Boys Choir, for example, has as many as three running simultaneously while other members hold down the fort in Austria. This touring situation, however, does create some challenges when trying to maintain the brand that is Mannheim Steamroller, and some decisions about the musical programming. In this case, some of the resulting decisions compromised the product delivered onstage and some of them did not.

Let it first be said that listeners raised on Mannheim Steamroller’s Fresh Aire album series and holiday releases will have little cause to complain about the sound. In concert, the touring ensemble replicates fairly closely the sound of its parent’s studio albums, including the frantic energy that audiences demand. The touring musicians are impeccably sharp, fun to watch, and accompanied by a mix of stimulating video projections, moving lights, and theatrical fog. A recorder-vs-synthesizer tuning issue in one piece aside (something that should have been addressed pre-tour, not onstage), there is little to not like about the live performances–at least the ones that were entirely live. The problems arose with three songs that made significant, featured use of prerecorded vocal tracks.

That the simultaneous tours of Mannheim Steamroller risks brand dilution was an evident concern throughout the show, with documentary video excerpts and recorded intros sprinkled throughout the evening. Many pieces of historical concert footage were interspersed throughout, showcasing past venues and visual designs. This sometimes came across as indulgent, especially when the video footage focused on close-ups of performers who were quite obviously not those playing simultaneously onstage. The indulgence thinned into cheapness when prerecorded vocal tracks were used and accompanied by the musicians onstage. Audiences paying for a live performance deserve better.

Two examples especially stand out: the synced performance to a music video of ensemble founder and composer/arranger Chip Davis’s daughter Elyse Davis singing “Greensleeves” over the years, and a performance to prerecorded tracks of a large choir in Iowa. The issue is not with the quality of these prerecorded tracks, but that they were used at all and in such a featured way. Playing along to a lead vocals track is the stuff of Guitar Hero and the Rock Band videogame series, and focusing so much visual attention on a performer who was not even present comes across as cheap and saccharinely indulgent–or, if one is less charitable, a manipulative gesture to promote a family image that doesn’t actually match the presented product. Using a prerecorded choir in the Twin Cities of all places simply baffles the mind, as any number of local choirs would have happily stepped up to the platter–and would have had a much more impressive impact than the video footage of the associated recording sessions.

So what worked well? Most of the concert, fortunately. These annoyances aside, the sound and visuals were lush, the music inviting, and the actual performers fun to watch (although the string players were often left in the sonic and visual shadows). There is a lot of stagecraft and showmanship in the delivery, and quite a lot of sonic variety. Visuals drawn from Mannheim Steamroller’s music videos were often quite arresting, especially as many of the fans in attendance were not aware of their existence. (Many of these, such as the “Steamroller” video, have been very recently released to YouTube to coincide with the ensemble’s 30/40 album release.) Although there were not many live vocal performances in the evening, those shown near the end were of a high quality, making it even more surprising that the above-described programming choices were made. Hopefully next year’s tour will be 100 percent live in its performance, because when Mannheim Steamroller truly goes all-out it’s just as irresistible and arresting as its namesake was.