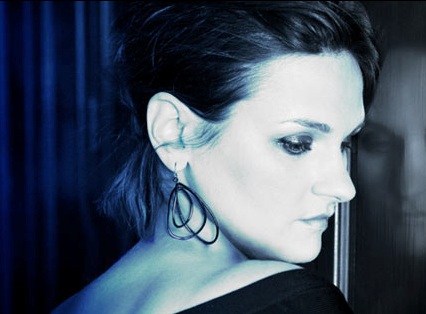 The singer/vocal enchantress Madeleine Peyroux performed at The Dakota in Minneapolis on Tuesday, April 2 and will do so again on Wednesday, April 3 with two shows each evening. If you can afford the time and the tickets ($50-$65), invest, invest, invest. What you’ll come out with is a glimpse into song history, artistic tribute and interpretation that is stellar to the core. British singer/songwriter/actress Rebecca Pidgeon (with Tim Young) is the opener with a short song set including her Grammy nominated “Slingshot”.

I learned of Ms. Peyroux’s work from a colleague back when her 2004 Careless Love album came out. Immediately I had to find every recording she’d ever done and proceeded to play tracks over and over again, as one tends to do with artists one can’t get enough of.
Are you listening to air that’s been infused with loveliness? Is it a melody that infiltrates your immune system sweeping you into a kind of drugged “can’t-get-enough/don’t wanna go to rehab” state? Peyroux and her impeccable choice of songs and melodies gets you like that.
Her physical presence onstage Tuesday night was humble, wearing a simple dark outfit and no-fuss hair. She immediately gave tribute to her ensemble of onstage musicians (including upright bass player Barak Mori, drummer Darren Beckett, first violinist Sylvia D’Avanzo, and more) some of whom tour with her and some whom represent Minnesota’s own striking Chamber and Orchestra musicians. In total, there are eight musicians in her band, and from the looks on their faces they were having a lovely time. It was enjoyable to watch them react to string arrangements that were perfectly suited to Peyroux’s voice and her song choice.
This tour is promoting Peyroux’s most recent album The Blue Room which pays tribute to the Ray Charles’ 1962 album Modern Sounds in Country and Western Music. Per her website, “The Blue Room sees the genre-blending singer reworking some landmark musical gems, in a repeat collaboration with longtime Peyroux producer Larry Klein (Joni Mitchell, Walter Becker, Tracy Chapman, Herbie Hancock). “Madeleine and I decided to branch out to other songs we love,” explains Klein, so alongside tunes from the original ABC Paramount project such as “Bye Bye Love,” “Born To Lose,” “You Don’t Know Me” and the anthemic “I Can’t Stop Loving You” are Randy Newman’s “Guilty,” Warren Zevon’s “Desperadoes Under The Eaves” and John Hartford’s “Gentle On My Mind.'”
We heard close to the entire CD on Tuesday night (9 p.m. performance), starting with “Take These Chains from my Heart” where, in true Peyroux style, she turned the simple word “be” into a four-syllable extravaganza of melody. Her experienced stage presence reinforced the control she holds over her song choices. Each interpretation was intense, lyrical, jazzy, aloof, and intimate.
She moved into “Don’t Wait Too Long,” where it was again evident how much the musicians enjoyed playing with her. Peyroux then explained that she’d be breaking our (the audience’s) hearts and cheering us up throughout the rest of the night. Bring it! Suffice it to say, she did … magically.
The rest of the 70-minute set included “Bye Bye Love,” “You Don’t Know Me,” and Randy Newman’s “Guilty” (around which a terrific story was told about a guy/in a bar/in Hollywood) which includes the fantastic, self-deprecating-lyrics-of-the-year-award: “I’m guilty, baby I’m guilty/ And I’ll be guilty all the rest of my life/ How come I never do what I’m supposed to do/ How come nothin’ that I try to do ever turns out right?”
Peyroux continued her artful tribute with a heavenly string introduction to “Half the Perfect World,” Buddy Holly’s “Changing All Those Changes,” Bob Dylan’s “You’re Gonna Make Me Lonesome When You Go,” where her deep tones resonated with the message and drummed sorrow right into your heart. Her interpretation of Leonard Cohen’s “Bird On A Wire” was mystical in its elegance and even transcendent if you took your chances and simply closed your eyes to “be” with that song.
There was more, but this gushing review ends with a title of the song we heard almost at the end. “I Can’t Stop Loving You.” This is true, Ms. Peyroux. How fortunate that we don’t have to.
Correction: When originally published, this article misstated the name of the first violinist. This error has been corrected.
Coverage of issues and events that affect Central Corridor neighborhoods and communities is funded in part by a grant from Central Corridor Funders Collaborative.