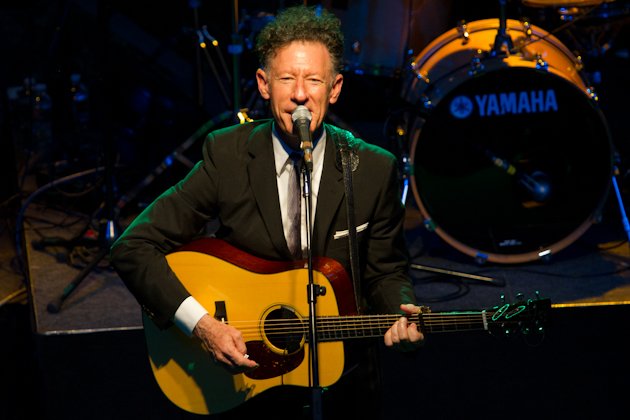 Music in the Zoo 2013 has produced some great moments, but the performance by Lyle Lovett and his Large Band on Wednesday, August 21st now has the most significance considering they have the distinct honor of being the first band to play on the newly named Sue McLean stage. The evening began with a private ceremony during which Beth Burns, Minnesota Zoo Chief External Relations Officer, dedicated a newly landscaped area just beyond the stage as a place to remember Sue and keep her present as the legacy she built continues forward. The land surrounded by water forms a triangle, fittingly considered the most stable shape, and has a peaceful feel with a plaque mounted on a large rock and a tree that uniquely reflects the glow from a green light, Sue’s favorite color.

Lovett’s 12-piece band took the stage at 7:45 p.m. for one instrumental warm-up before Lyle came out and was met by loud cheers and applause from the sizeable audience. The 2 ½ hour set covered a range of styles and contained some unfamiliar selections mixed with fan favorites. Lovett took time to showcase his talented musicians and included selections from their individual solo projects. He also took time to interact with the crowd, which always produced a few good laughs. He commented on the many times he has enjoyed performing in Minnesota and mentioned having fond memories of the first performance Sue booked for him here at the Guthrie Theater in its original location. Those lucky to be in attendance would agree it was a magically powerful evening that will not soon be forgotten.