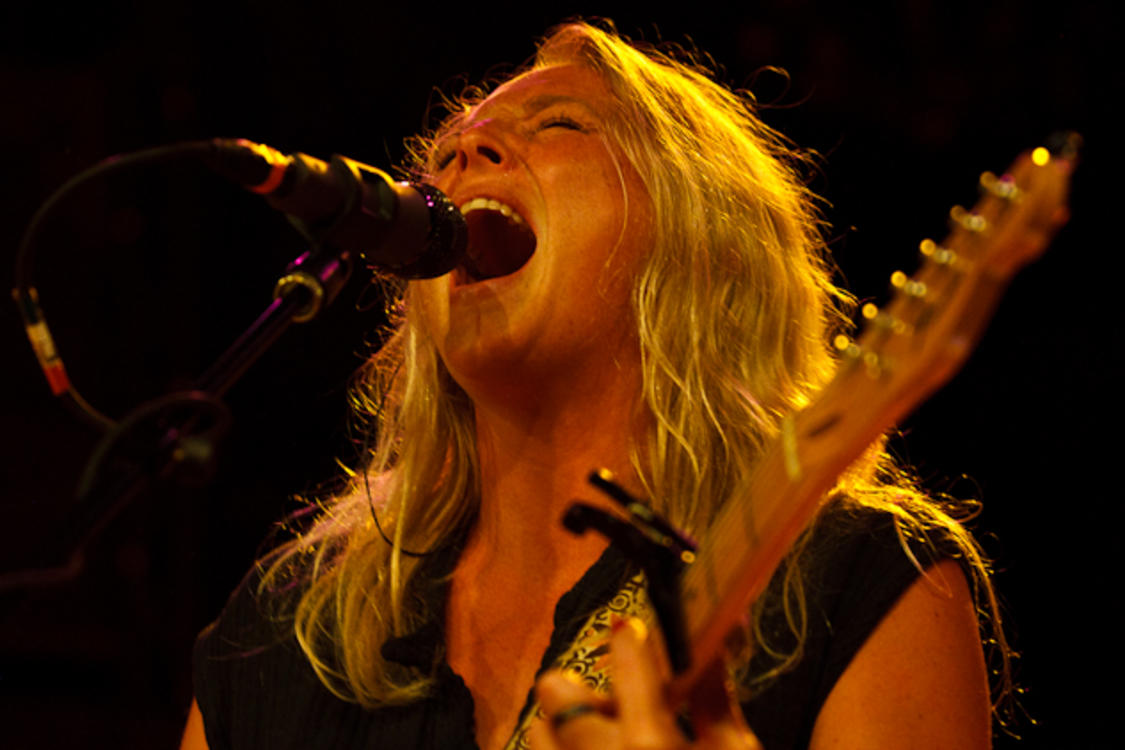 What one word could be used to best describe the sound and vibe of folk rock singer Lissie? A good choice would be “organic.” Divas take a lesson, she’s got the voice and stage presence and doesn’t need a ton of makeup, sparkling gowns or notorious attitude. This Mid-Western girl is on her way to becoming a well known musical force and has already reached that status with many Cities 97 listeners having played the Basilica Block Party and Oake on the Water in addition to making a studio appearance at 89.3 The Current. In fact, she will be opening the season of the newly named Sun Soaker Thursdays tonight at Redstone in Eden Prairie. Take if from everyone who got to see her sold-out Minneapolis show last night and left with a smile on their face, keep an eye out for the next time she comes to town and buy your ticket immediately.

The Room / The Crowd:
A diverse mix of music lovers packed The Varsity Theater to see Lissie perform on May 22nd. This venue was the perfect fit for this performance based on the size and feel of the room. The stage was setup simple with just instruments and no special props or extra lighting. The main focus was appropriately placed on the most important detail, a great sounding mix–bravo.

The Band:
Lissie’s vocal talent is the star of the show and she also strums a mean hollow body Telecaster. Eric Sullivan showed off his relaxed playing style on lead guitar with some tasty riffs and attention grabbing solo’s, the best being on “In Sleep.” A unique talent, Lewis Keller actually played bass and drums at the same time on songs where their drummer is busy playing keyboards or steel guitar.

The Songs:
The 12 song show was solid and never really lost any momentum. “The Habit” provided a good starting point, but fans really responded to the second track “When I’m Alone.” The audience was really having fun during “Little Lovin’” and joined in on a chant that had Lissie stomping her feet and pumping a fist in the air. A sure standout, “Everywhere I Go” just felt good and had a nice build up to a key change that added intensity to the climax. Saving some of the best for last, “In Sleep” had the ability to give you chills before the set ended with her cover of Kid Cudi’s “Pursuit of Happiness,” a fan favorite.

Encore:
There did not appear to be an encore planned or written on the setlist. The house lights came on and the crowd literally demanded an encore with their cheers and chanting “Lissie, Lissie.” She did finally return to perform “Oh Mississippi,” saying they haven’t been doing this, but this crowd definitely deserved it.

Setlist:
“The Habit”
“When I’m Alone”
“Sleepwalking”
“They All Want You”
“Little Lovin’”
“Shameless”
“Romance Police”
“I Don’t Wanna Go To Work”
“Everywhere I Go”
“In Sleep”
“Pursuit of Happiness”