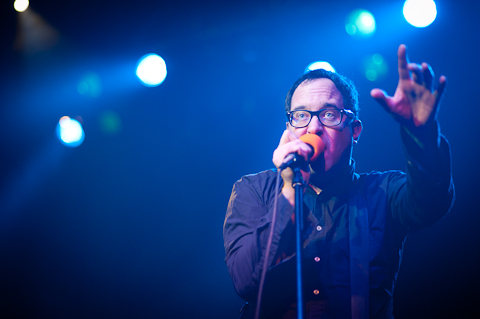 On Saturday November 24, Craig Finn and The Hold Steady crew played to raised fists from a pogoing crowd. Chicago may have seemed tired, but Minneapolis was wide awake and partying on one massive night.

Finn sings often about the Twin Cities—from the St. Paul Saints to the Quarry Shopping Center—so it seems like no wonder a hometown stand would sell out First Avenue and send their fans in a fever pitch. But Finn insisted to the crowd that no matter where they are in their world travels the response is the same; “Because everyone seems to have a place like [the ones we write songs about].”

I believe it, because specificity makes for magic.

I teach that to my creative writing students. It’s a common misconception—for prose and song craft—that vagueness allows the readers or listeners to superimpose their own experiences onto the one-size-fits-all words or lyrics. Unfortunately, it makes for bad writing and uninspired lyrics. Finn seems to understand that and thus creates such place-based songs rooted in the specifics of our fair cities.

Some examples from last night.

From “South Town Girls”: “Take Lyndale back to the south side/take Nicollet up to the Vietnamese/take Penn Ave back to the north side/take Lowery east to the Quarry/meet me right in front of the Rainbow Foods/I got a brown paper bag and black buckle shoes.”

That’s a specific trip; a specific meet up. It doesn’t matter if listeners haven’t been to the Twin Cities or even cruised across Northeast to the Rainbow. Those specifics make the trip—the story—real and allow those unfamiliar to relate with the drive and meet-up using similar personal experiences.

Or from “Sequestered in Memphis”: “I think she drove a new Mustang/I guess it might be a rental/I remember she had satellite radio/I guess she seemed a bit nervous.”

Finn’s specifics here, though not about the Twin Cities, give us a clear picture. We see this woman behind the wheel of a car not her own. The details—that she rented a Mustang, but was still a nervous woman—both advance the story and characterize the central players in “Sequestered in Memphis.”

Certainly, as with any rule in prose and song writing, there are numerous examples that break said rules. But given the incredible devotion of The Hold Steady’s fans, both at home and abroad, the importance of Finn’s lyrical specificity is never clearer than when so many were crammed into a sweaty First Avenue.

No need for stage props or a large, eponymous backdrop. Just tales of often tragic heroes trying like everyone else to make it through life alive. 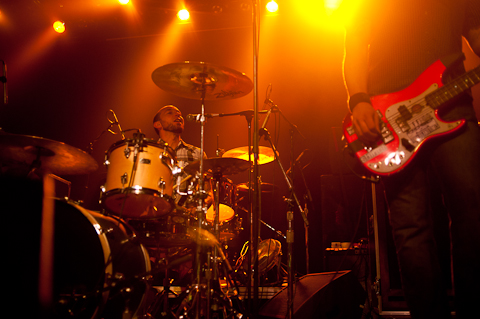 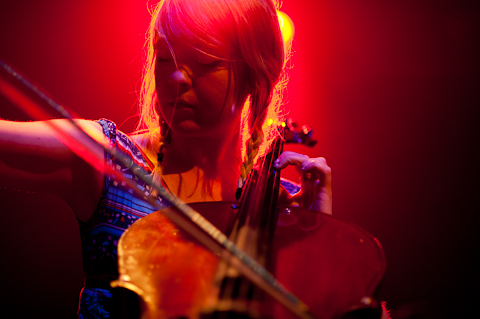 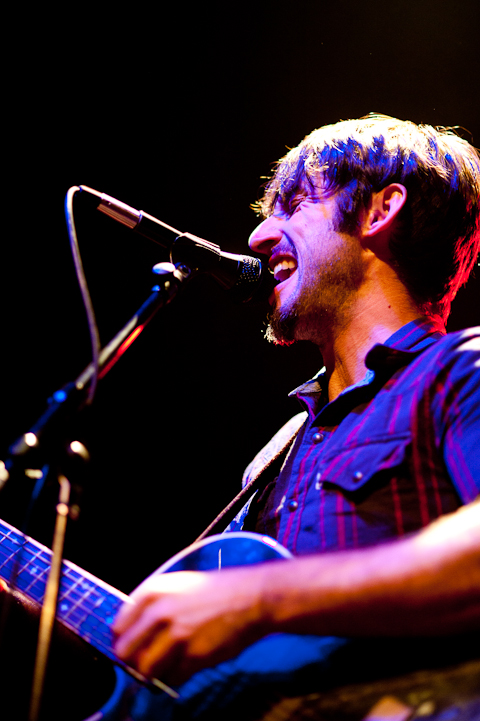 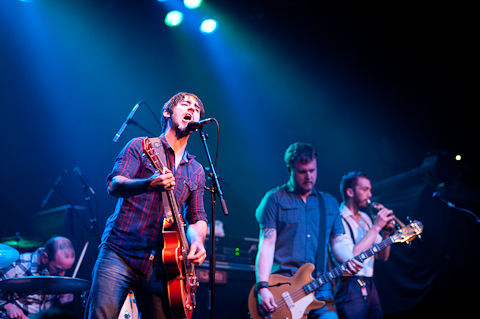 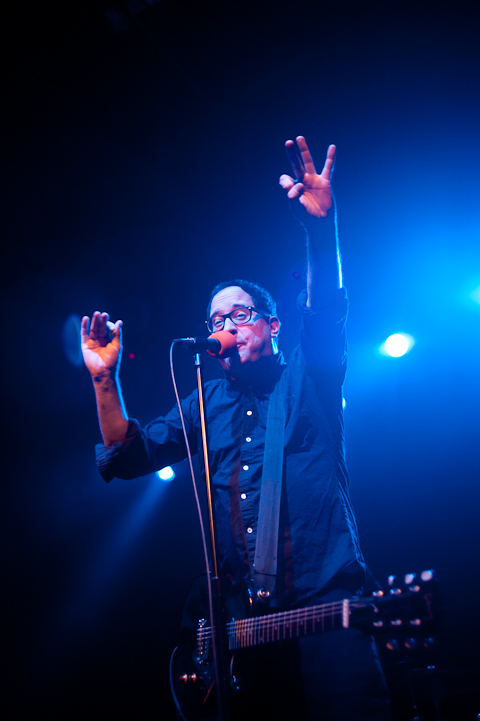 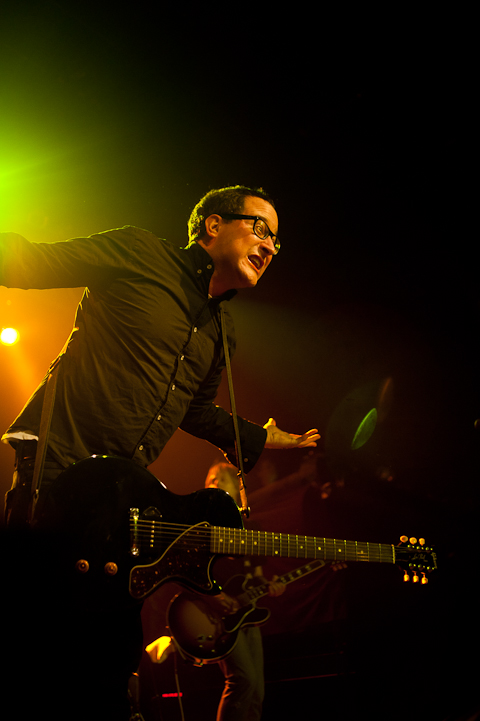 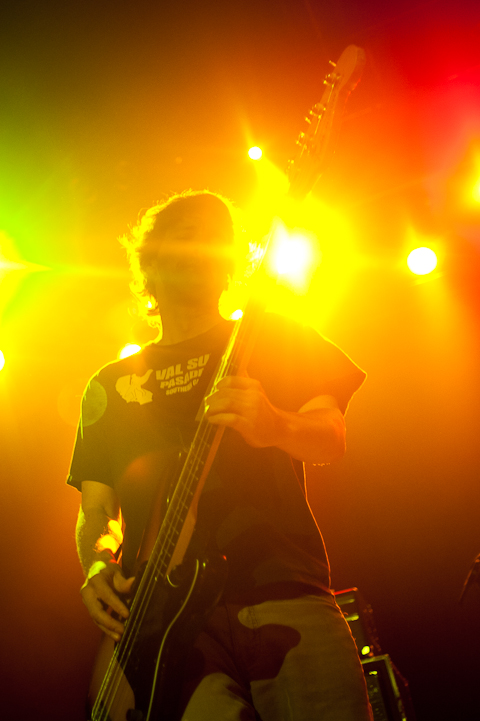 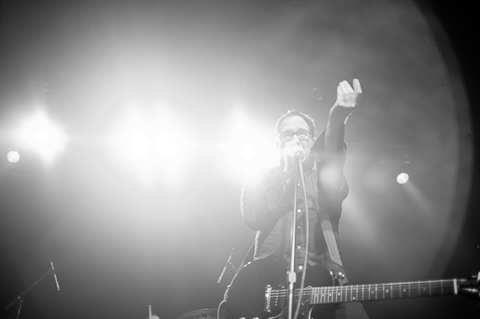 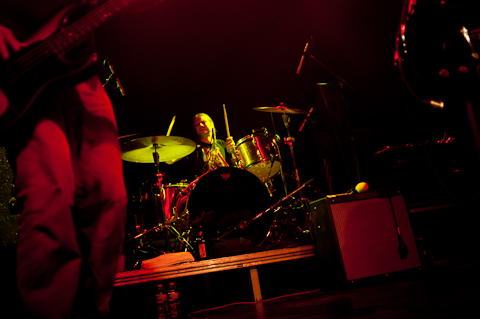 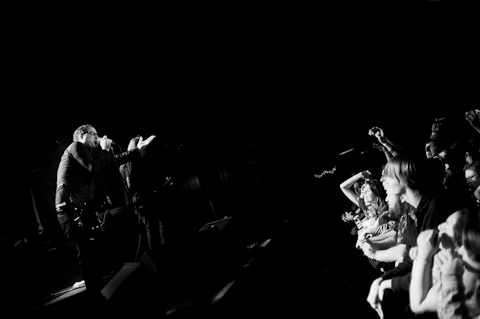 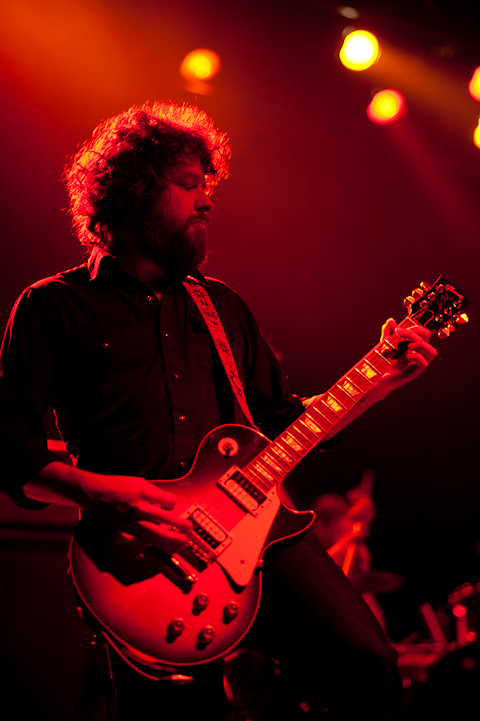 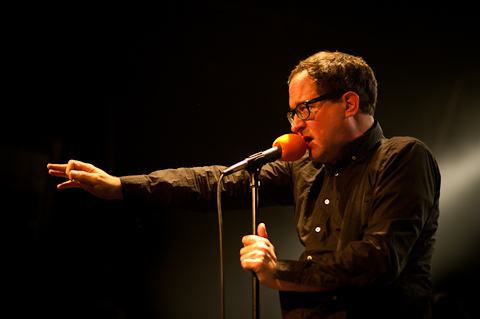 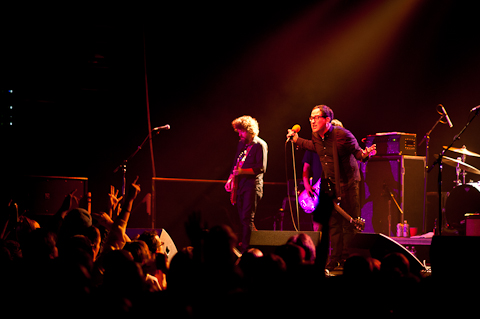