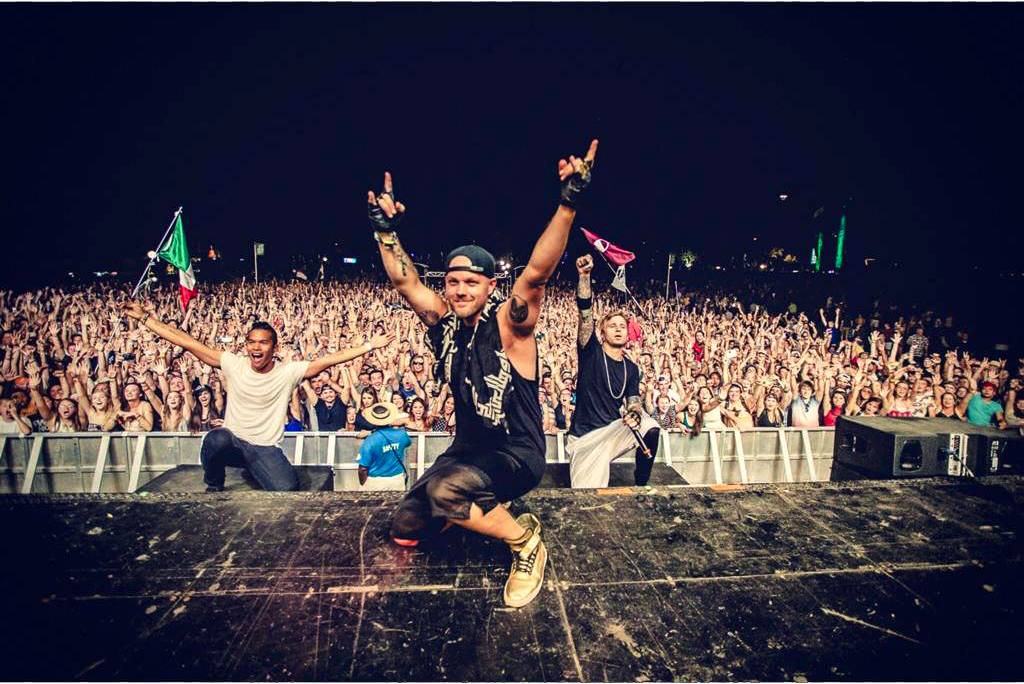 When I arrived at Myth in Maplewood on October 16, I was completely worn out. I was dead tired from a long day, feeling the first symptoms of a cold coming on, and finding myself more or less in a state of mind that was probably completely the opposite of what I should have had heading into The Glitch Mob show. I was sick and tired of being sick and tired, slightly grumpy, and more than a little ready to be annoyed.

But oh my, did that show ever kick me right out of that stupor.

The Glitch Mob, The M Machine, and Chrome Sparks absolutely crushed Myth with a dynamic and energetic show from beginning to end that was more than enough to take a sickly, exhausted 30-something and send him back into the night hyped and ready to go.

It’s just too bad the night they sent me back into was a Thursday.

Chrome Sparks opened the show at 8 pm and instantly I was sucked into their sweet, sweet sound. Call it the onset of a fever, but my brain instantly leapt to two completely nonsensical yet unshakeable observations: First, that their sound was something like Röyksopp’s Melody A.M met a bit of the 16-bit glory days of Nobuo Uematsu, and second, (and the one that makes the least amount of sense), that if Paul Verhoeven were to have made Starship Troopers today, these guys would have been the ones playing in the background of the prom scene.

I know. Nonsensical fever thought. I get it.

But in defense of that thought, their sound is that wonderful and confusing sort of combination of nostalgic and new that both sci-fi and electronic music can have. It is familiar elements spliced with unique takes that feels fresh and captivating, which describes Chrome Sparks’ sound in a nutshell. When their set ended, I felt disappointment, because their sound was so enticing I wanted more.

But that’s what the merch booth is for, I suppose.

The M Machine hit the stage next, and brought the crowd to the floor with the sort of clubby-EDM that they were looking for. M Machine brought to the table a constant, energetic barrage of beat and bass that glow-sticks were seemingly made for. The M Machine’s set was solid, packing a full audial and visual experience that was an excellent transition from the very chill sounds of Chrome Sparks to the full-throttle main event that was to come.

And on the topic of that main event, The Glitch Mob was truly amazing. Performing from a rather impressive looking rig that they call “The Blade,” the trio combined an excellent stage show with a great sound that absolutely demands to be experienced live. Their sound is dynamic and hard to pin down, at points sort of dirty and crunchy, while also oddly beautiful and dramatic as they build towards the sorts of drops that get the crowd moving furiously to the beat.

Last night’s show at Myth was a surprisingly complete experience from top to bottom. It was a cornucopia of sounds from the electronic world from a trio of acts that each have the talent to headline shows on their own, combined with a dynamic stage show that was strikingly different from each performer, yet still felt like part of an overall experience. If this show is coming to your town, go. Just go.

You don’t even have to thank me later.