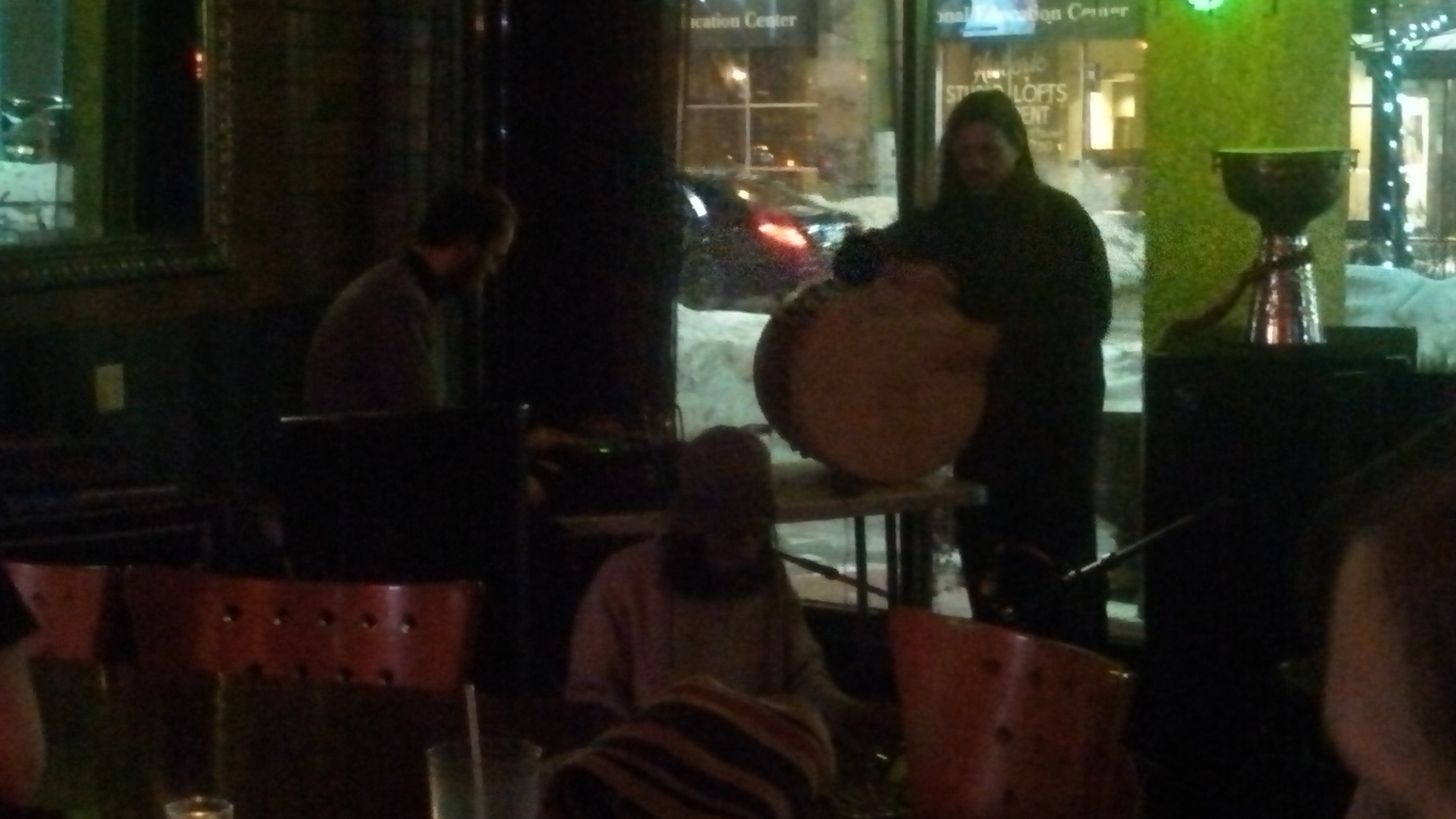 Last week I wrote about my introduction to Noise in Minneapolis. The fun thing about an underground genre is the nuances and subgenres that surround the scene. Saturday night I went to a show where the music might be a close cousin to Noise. While noise, I’ve seen in the past has been more industrial and even when not aggressive, it’s harsh. Saturday night the music was lighter, more personal and quirkier.

Pelzwick started the night and now I have a much better understanding of ambient music. He played electronic improv that included a lot of live vocals, as opposed to prerecorded material. The setup looks more like a soundboard and laptop than a traditional instrument but it was really pleasant to listen to and as the music got traction I’d find myself a little mesmerized.

Growth Spert is quirky but in earnest. The staccato vocals reminded me of Merrill Garbus of the Tune-Yards as did the repetition of sounds. Growth Spert performs percussion and sings. A highlight was the banjo played as a percussion instrument. Not played like Preston Reed might play a guitar (percussion blended with more traditional playing) but actually setting up the banjo like a drum.

Balung Getih batted clean up with Indonesian improvisation. He played an instrument that looked like a xylophone as well as occasionally using what looked like a modified Bundt pan as a chime or gong. He had a really nice voice, the kind that draws you in and he didn’t sing in English. Henry Rollins has a great line about listening to conversation on the bus in Germany, not speaking any German himself. He was sure that the conversation was more salient and introspective than anything said on the bus in America. There’s always a little bit of that when listening to someone you don’t understand. Clearly it was deep because I didn’t get it. Deep or not, it was melodious. The chimes were echoing. He was supported by Pelzwick on a sound board and Transitional Species on drums. It’s always interesting to me to see experimental musicians play together because it is more improvisational than rehearsed which I think requires such a level of trust in the talents and sensibilities of your fellow performers.