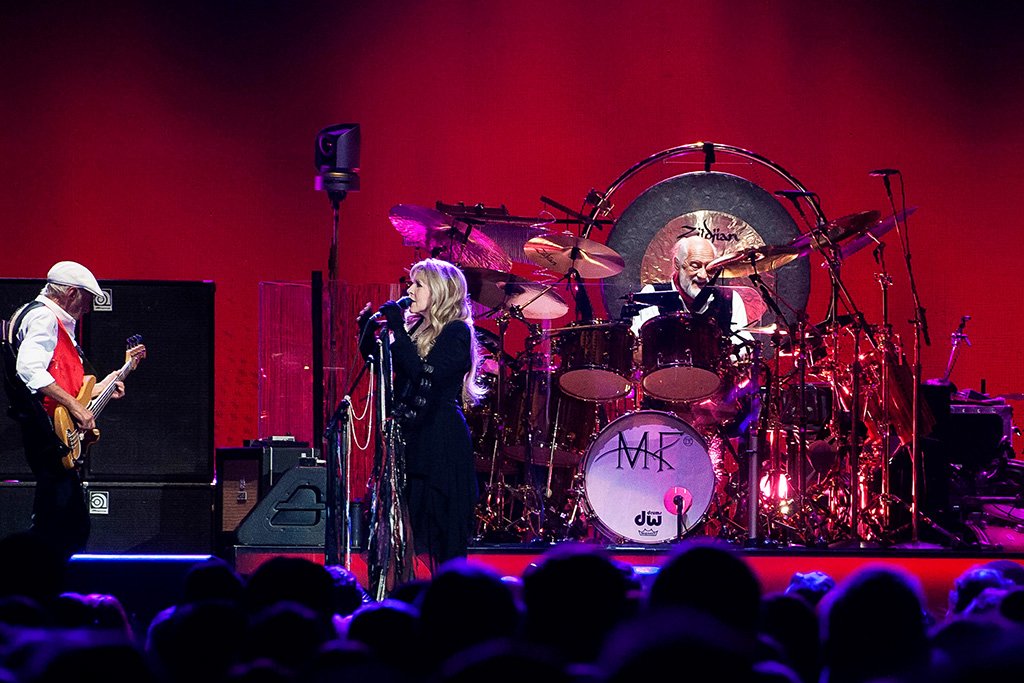 There is no arguing that Fleetwood Mac’s performance at Xcel Energy Center on Jan. 16 was stellar. The crowd was completely into it, the band was playing well within their limitations incredibly well, Lindsey Buckingham was shredding all night, Stevie Nicks was as haunting as ever … it was a display of fantastic musicians playing very well to a crowd that was eating it up.

There was genuine excitement in the air for Fleetwood Mac’s performance, and the pop that the band received when they took the stage was one of the loudest I have ever heard. Xcel was packed to the roof with grateful fans who were on their feet almost the whole time, singing along in unison to practically every track that the band performed, and it was clear that the band had these people’s attention and admiration from the moment they stepped on the stage.

As stated before, the band played at a ridiculously high level, firing off very tight and satisfying renditions of some of their best works and bringing the crowd along for the ride on a wave that put them just within touch of the band’s high water mark years before, bringing you glimpses into that iconic act that has been so very successful for so very long.

But in spite of how fantastic everything was, and how I, as a complete and total junkie for historic bands and popular music, and as an individual who very much enjoys Fleetwood Mac, knew how I should have been responding to it, I could not shake this overall feeling of boredom the entire time I was there.

Regardless of whether it was one of their all time classics, like Rhiannon or The Chain, or even an incredibly moving performance of Landslide, moments into any given song my brain would start to wander into what the rest of my evening would look like, and I would wonder what other people were doing. Nothing felt genuinely captivating. The entire experience felt so very rehearsed and stiff and almost disingenuous.

I am completely willing to accept I was alone in that perception, or, if not alone, at least in the minority. The place was clearly enamored with the band and for the most part, everyone seemed to be excited for the presence on the stage. But for me, not even the historic nature of this tour and the presence of so many of the original band members on stage could keep me engaged.

There is no question that Fleetwood Mac is a historically significant band, and that this “On With the Show” tour is quite significant as well. For big Fleetwood Mac fans, this is in all likelihood a can’t-miss event. But for folks who are maybe on the fence about buying tickets to this show when it comes to their town, all I can say is that if you’re open to pure musicianship, this may be your show, but if you’re looking for something more than a band playing on a stage, you may be better off enjoying your Fleetwood Mac records at home.