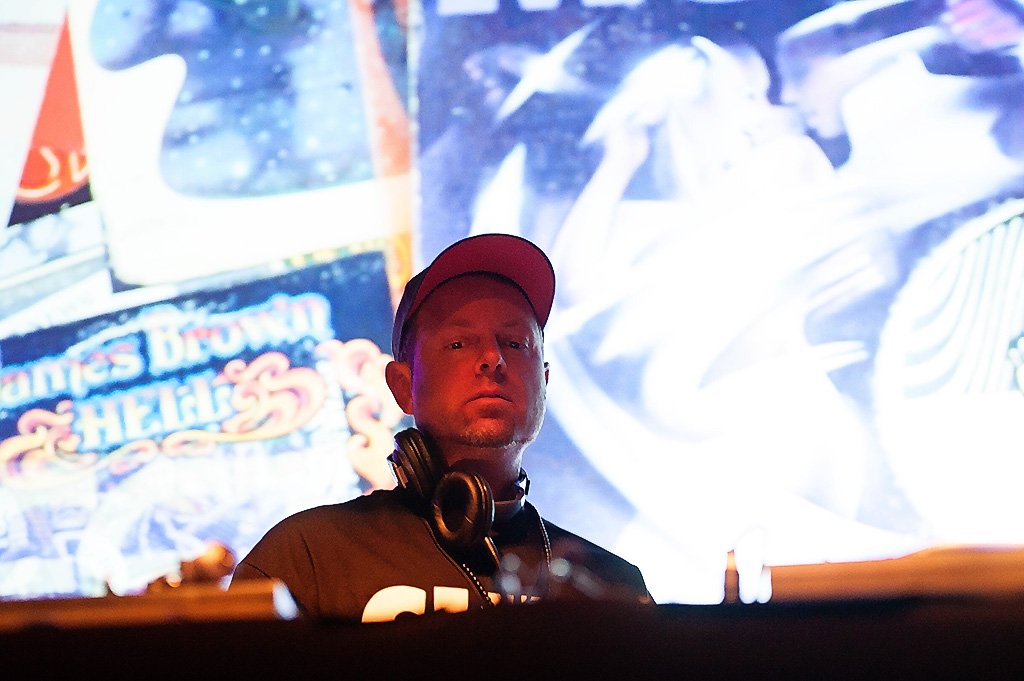 School was in session last night in the Twin Cities as DJ Shadow and Cut Chemist rolled into the Skyway Theater with an aggressive and infinitely danceable turntable sound brought out through the record collection of the “The Godfather” of Hip Hop culture, Afrikaa Bambaataa.

One part excellent turntable DJ show, one part history lesson, DJ Shadow and Cut Chemist’s “Renegades of Rhythm”  tour is a headfirst dive into the crates of one of modern music’s most influential figures. The pair bounce between six turntables and numerous old-school gadgets to spin decades worth of hit records into one amazing mix in what is a worthy tribute to an individual that both cite as an important influence on their work.

DJ Shadow and Cut Chemist invited the crowd which packed into the Skyway Theater on a journey through the decades, putting a modern spin on the tracks which Bambaataa became a legend with, on the very same records that Afrika Bambaataa used. There was a sense of importance in what the duo was trying to accomplish as they brought to life a spirit of a pioneering era, paying homage to their influence while trying to both educate and entertain, hoping to instill within the crowd a sense of how meaningful these records were both as physical historical objects and as the sources of the beats which drove not just this show but decades worth of shows previous. There was a sense of reverence from the pair as they engaged with Bambaataa’s collection, and this sense of reverence seemed to transfer nicely to the crowd, who, while perhaps a little too timid to dance, were nonetheless appreciative of what DJ Shadow and Cut Chemist were trying to accomplish.

The music was the central feature of the show, as it should be, with only a small video backdrop behind the pair to offer any sort of distraction for the attention impaired. The duo spun records and twiddled knobs in front of the modestly sized video screen which played host to images of Bambaataa and the Bronx community which he was so central a part of. To keep it in educational terms, it was something like a Powerpoint background to the presentation that DJ Shadow and Cut Chemist had in store.

Last night’s show also featured an interesting pair of opening acts in local DJ Mike 2600, who spun a solid set featuring a fantastic array of samples which were almost seamlessly integrated into the flow. Mike 2600 was followed by Joshua Abrams’ Natural Information Society, a jam band with a curious array of musical instruments that somehow made their cacophony sound oddly harmonious and beautiful. At times, their sound was reminiscent of those moments in tracks by The Doors where the band is just allowed to go nuts, minus a Jim Morrison figure threatening patricide and generally having a vocal freakout. The opening pair could not have less to do with one another on the surface, but both were wholly representative of what was going on in the evening: a celebration of a fusion of sounds and worlds.

What DJ Shadow and Cut Chemist are doing with this Renegades of Rhythm tour is important. The duo are going above merely entertaining an audience and are challenging people to engage with material on a deeper level, to place it in an historical context and understand its value to the genesis of a genre that people love today. They are pushing people to look backwards and appreciate the context under which the genre grew and flourished, and they are saying their own sort of thanks to their roots by creating absolutely amazing sounds through a synthesis of their own modern methods and through the tools and records that came before them. DJ Shadow and Cut Chemist have invited people to see this music through their eyes, and in doing so have created an incredibly rewarding show on just about every conceivable level.