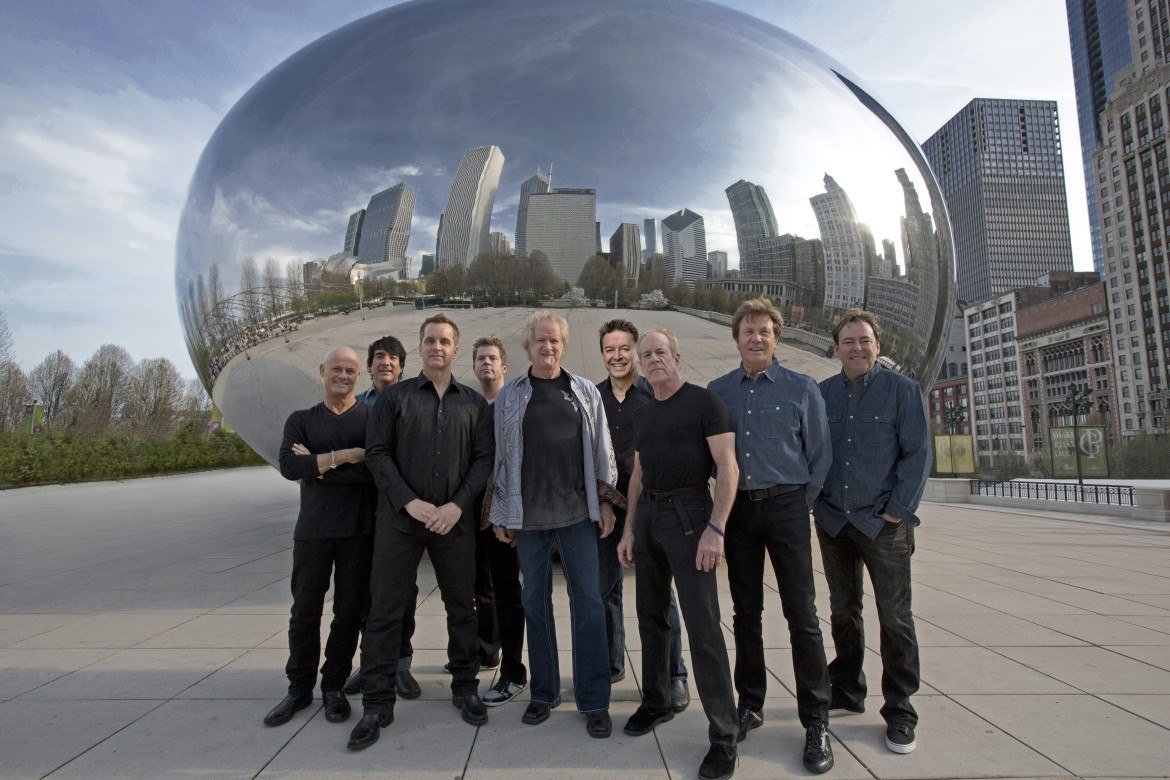 Chicago came into the State Theatre on May 19 loaded to the teeth with a full catalogue of hits and classics that span over 40 years, and they unleashed a wide variety of those hits, from the funky and jazzy to the slow jams and ballads, upon a largely energetic and enthusiastic audience.

Right from the get-go, trombonist James Pankow, one of four founding members of the act still with the band, was into the show, moving with a swagger and energy that maybe one wouldn’t expect from the guy who is rocking the trombone.

… Wait, did you expect me to say a man his age? Oh no, let me tell you, there was no sign of age on Pankow, nor really any sign of age or rust on this lot. These guys moved. They were full of the proverbial p and v all night long, bringing an energy that eventually transferred to the audience.

The first part of the show saw tracks like “Another Rainy Day in New York City” and “Look Away,” and “Make Me Smiles,” and while the crowd was loud, with tremendous applause after every song, it seemed that they were timid as well. Some folks stood and danced and clapped, others stayed in their seats. It seemed as though the setting might have intimidated some folks for awhile.

For whatever reason, that shyness disappeared very quickly after intermission.

Following intermission, it seemed everyone was willing to stand and clap, and if not dance along, than at least respectfully nod and tap their feet along to tracks like “Just You ‘N Me,” “Hard to Say I’m Sorry,” and “Saturday in the Park.” This enthusiasm was likely aided by a very impressive percussion duet between drummer Tris Imboden and percussionist Walfredo Reyes Jr, the latter working a wonderful call and response routine with the crowd to really bring the energy up. The pair killed it in the time they had to show off, and that portion of the show really did a number on the crowd. It was really like seeing two different audiences, and one could see how much more enthusiastic Chicago was about the performance in the second half, with the crowd loosened up and ready to go.

For the most part, the show went off without a hitch. It did seem as though there were some audio issues, issues that don’t go well with a band the size of Chicago. There were moments that the wall of sound created by the mesh of brass, keys, and strings was more muddied than layered, and there were more than a few occasions where the vocals were completely lost in the mix (and, in the second half, a few instances where it seemed they over-compensated for this and the vocals were far too loud). But no one seemed to mind, and the crowd was more often than not willing to fill in on the vocals themselves.

Overall, Chicago was fairly impressive in their performance. Their unique sound translates well to a live performance and, audio mixing issues aside, their overall sound is something of an audial bouquet that is definitely worth experiencing. These guys love to perform, and are grateful for the opportunity. As trumpeter Lee Loughnane noted when he took a brief moment to thank those in attendance, “without you here, this is just rehearsal.” And throughout the show the crowd made it clear that they were just as grateful to the band for the decades of music and the opportunity to be there and share in it.