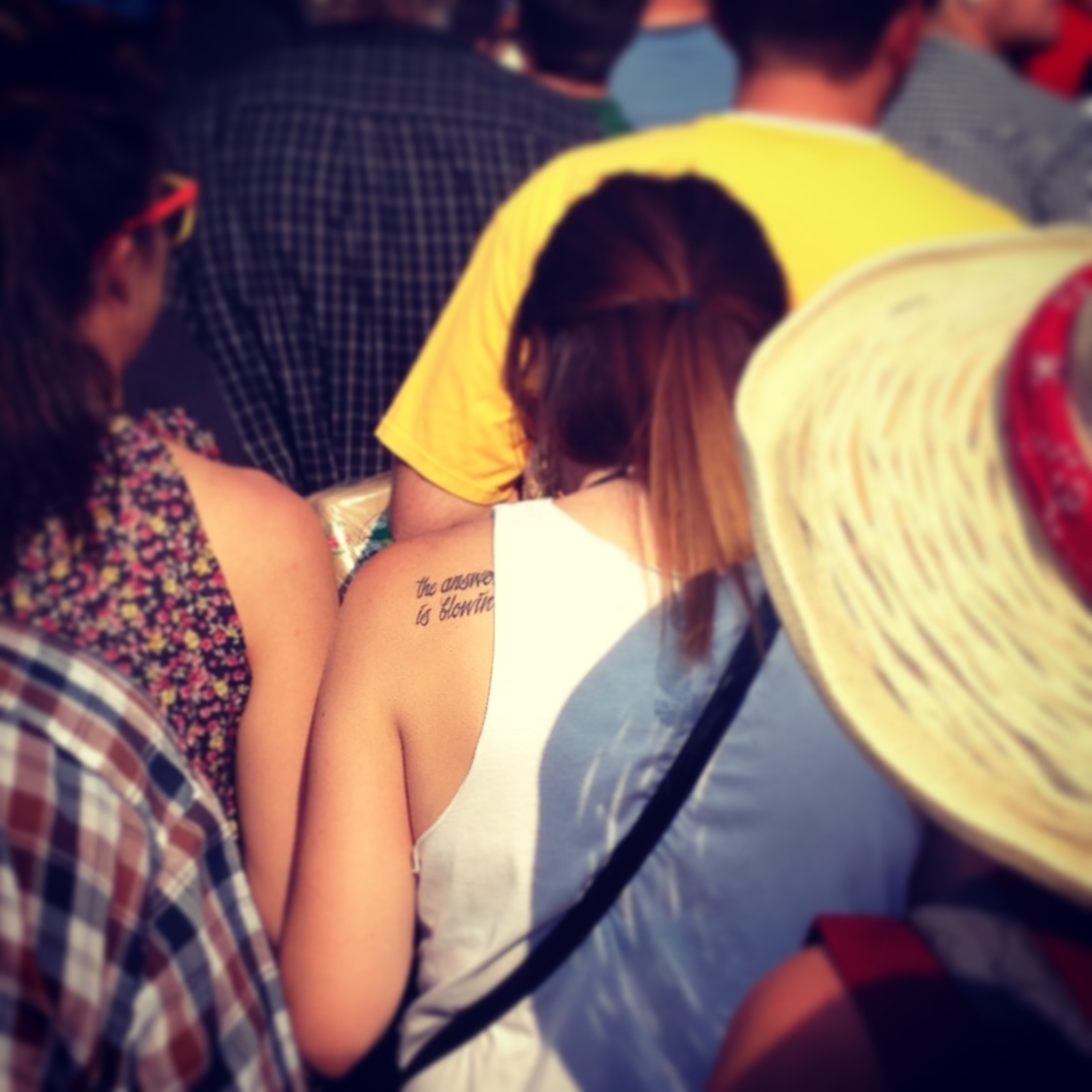 There are many ways of being a pop star—each has his or her own mix of musical talent, charisma, ambition, and showmanship. Bob Dylan solved the equation over 50 years ago, and to see him today is to understand how remarkably well it’s served him. He works in traditional forms, which he both subverts and honors with his much-lauded lyrics and still-underappreciated music writing. He started acting like an old bluesman when he was a teenager, which has meant that he’s spent the last five decades growing into his own legend.

Like the journeymen he emulates, Dylan tours constantly, which means that a home-state stand such as he staged on July 9 (in Duluth) and 10 (in St. Paul) with his “Americanarama” tour isn’t a rare event—among the state’s trio of eccentric music geniuses, Prince occasionally plays outrageously expensive shows as though he’s doing us a favor, and Paul Westerberg is rarely seen at all, while the first and greatest among them shuffles through once a year or so. Tickets generally aren’t hard to come by, though the Midway Stadium show on July 10 sold out in part on the strength of a lineup that eclipsed any given Rock the Garden in sheer star wattage.

As the crowd gathered on a (finally!) picture-perfect summer evening, 64-year-old British folk-rock legend Richard Thompson took the stage with the other two members of his Electric Trio for a fiery and all-too-brief set. Thompson is an acclaimed songwriter (“1952 Vincent Black Lightning,” “Beeswing,” “I Want to See the Bright Lights Tonight”), but he also regularly appears near the top of lists of underrated guitar heroes, and his five-song set, highlighting material from his new album Electric, snarled with extended solos that had everyone who was paying attention (as opposed to snoozing on blankets in the outfield) enraptured.

Next up were My Morning Jacket, whose epic sound has always bored me—kind of a down-from-the-mountain Coldplay—but who came out roaring and utterly charmed the crowd by inviting Trampled By Turtles, the Duluth band with whom My Morning Jacket shared a bill last year at the Somerset Ampitheater, to join them on stage for performances of three songs including the Louvin Brothers’ country classic “There’s a Higher Power.” The crowd duly swooned, particularly those susceptible to the charms of men wearing large beards and playing small string instruments.

Third on the bill were Wilco, one of the great bands active today. Over a career now spanning almost 30 years, frontman Jeff Tweedy has built a deep body of songs that his band have been vigorously cycling through, with a set list that never grows static. At Midway, their set was bookended by two songs from the beloved Mermaid Avenue collection of Woody Guthrie lyrics set to music in a contentious but fruitful collaboration with Billy Bragg; the closing number (“Hoodoo Voodoo”) was stolen by a shirtless guitar tech who, as @NatesBS noted on Twitter, was “really exploring the space” with a cowbell. Wilco also invited My Morning Jacket onstage to join them in a fiery cover of Neil Young’s “Cinammon Girl.”

Finally it was time for the main event, and as at every other Bob Dylan performance, much of the crowd seemed surprised to be getting precisely what they should have expected to get: Dylan weaving around, alternately in center stage and behind his piano, playing songs that one might well not recognize unless one was very familiar with Dylan’s (huge) discography, since he’s long been in the habit of radically rearranging—sometimes rewriting—even well-known songs like “Tangled Up In Blue” and “All Along the Watchtower.”

He played both of those songs, in a set that emphasized what might be considered his “comeback” stage from the mid-90s to the present. He opened with a fierce performance of “Things Have Changed,” a song, dropped on the Wonder Boys soundtrack (2000), that’s become a staple of his live show, segueing into “Love Sick,” the first song from the album (Time Out of Mind, 1997) that demonstrated he could still work at the height of his powers even in the later stages of his career.

For a set featuring a lot of relatively new songs, the show dripped with historical resonance, from references to bluesmen past in “High Water (for Charley Patton)” (2001) and “Blind Willie McTell” (a 1983 outtake prized by bootleggers until its official release in 1991) to “Simple Twist of Fate,” a second song from Blood on the Tracks (1975) that prompted Chris Riemenschneider to tweet, “a reminder he wrote most of Blood on Tracks up the road on his farm. Not that he’d ever remind us.”

Dylan did, though, pause near the end of the show to note that though he’s shared the stage with “everyone from Mick Jagger to Madonna,” the “most beautiful person” he’d ever played with was at the show that night: Bobby Vee, the pop idol from Fargo whose band Dylan briefly played in as a teenager. In an unexpected and moving tribute, Dylan and his band played “Suzie Baby,” the 1959 song that was Vee’s first single, released by Minneapolis label Soma Records.

The final song of the night was “Blowin’ in the Wind,” the song that helped to define a generation whose grandchildren are now old enough to legally buy whiskey they snuck into the show via flasks. Some could be seen pulling on those flasks as Dylan stood to receive his applause and ambled offstage, back into the history books.