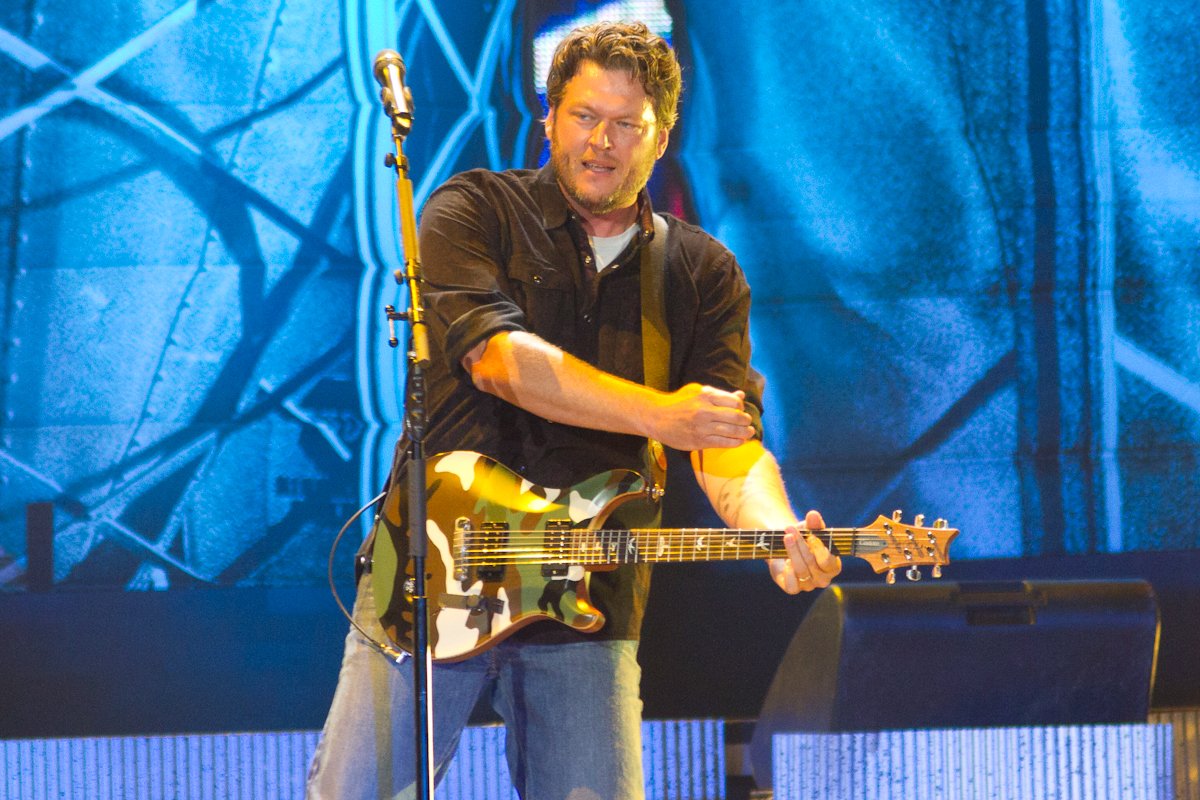 Blake Shelton couldn’t have picked a more fitting first song to describe the attitude of his “Ten Times Crazier” tour to the at-capacity crowd at the Xcel Energy Center Thursday (9/12) – “All About Tonight.” The audience responded back with an enthusiasm that confirmed they came to party and it was game on. Shelton said he dragged his ass to Minnesota to do two things, sing country music (followed by a long pause), and drink. Fans clearly approved of his mission as they sang along to “The More I Drink.”

It felt like a greatest hits show with popular songs like “Kiss My Country Ass” and “She Wouldn’t Be Gone” played early in the set. After trying out some new material, Shelton toyed with fans about whether he should play some of the old songs. He poked fun his look back in those early days of his career and put on his signature white cowboy hat with a fake mullet sticking out the back. He seemed to be having a good ole time expressing his sense of humor as fans sang along to “Some Beach.”

A standout moment came with a tasteful paring of “Who Are You When I’m not Looking” and “Sure Be Cool if You Did,” making for some of the best sounding material of the night. Shelton asked if anyone was familiar with his work on The Voice, which led to an impressive surprise performance by last season’s winner, Danielle Bradbury.

The most touching part of the evening happened as Blake took a seat alone at the end of the runway leading out into audience seating and prepared to play what he called the two most important songs in his life. It was no surprise the first was “Over You,” the song he wrote with wife Miranda Lambert about the passing of his brother Richie. The second was Shelton’s first hit single “Austin,” which put him on the map.

Shelton praised the country fans in St. Paul, saying this show was so good it should have been televised. He said that in order to do that, you need an epic song that leads people to raise their lit up cell phones in the air and sing along. The audience followed his lead and the entire arena was peppered with individual white lights adding a nice effect throughout the performance of “Home.”

“Honeybee” and “Boys Round Here” closed out the set and Shelton proclaimed, “I’ve been coming to this same arena for 12 years opening up for anybody I could, dreaming headlining myself one day. I’ll never forget this night.” The crowd’s enthusiastic roar brought the band back to the stage for a two-song encore consisting of “Footloose” and “God Gave Me You.”