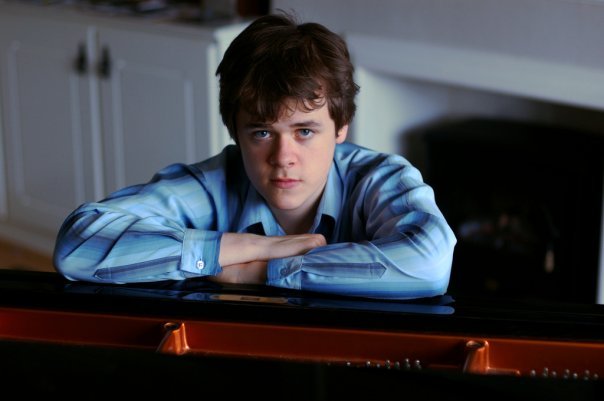 There comes a moment in the career of every child prodigy in music when their early promise is held up against a light of adult scrutiny. Technical virtuosity from an early age is a laudable thing, but with increased years comes a demand for artistic refinement – demands that for non-prodigies may otherwise not be expected until a much older age. There is often a rush for judgment as listeners wonder whether a young musician will remain a flash in the pan or mature into a long and continuously fruitful career. Pianist Benjamin Grosvenor’s concert on Tuesday at the Ordway offered no clear answers to this question, but tossed more fuel on the fire.

Grosvenor, who won the 2004 BBC Young Musician Competition’s Keyboard Final at 11 years of age, is now all of 22 years’ old. For most professional pianists, this is around the age to graduate from a conservatory (Grosvenor did so two and a half years ago); Grosvenor was not only playing in the Schubert Club’s International Artist Series, but has many years of international soloist engagements under his belt already. This sets high expectations for his performances, but for what musical ingredients, specifically?

Expectations aside, Grosvenor delivered a program of technically and artistically challenging pieces, speeding through with brisk tempi not often associated with the pieces. The notes of Jean-Philippe Rameau (1684-1764)’s Gavotte and Variations in A minor sped by as Grosvenor crouched over the keyboard (a perspective magnified on the projection screen by the camera angle), the individual variations leaving impressions that were hardly different and little sense of the source dance in the performance. The Bach/Busoni Chaconne for Solo Violin transcription from BWV1005 similarly felt very discontinuous; small segments here and there had a sense of arc and continuity, but most phrasing was lost in the repetitions of the Chaconne. Much the some could be said of César Franck (1822-1890)’s Prelude, Chorale and Fugue, M.21: The music was undeniably beautiful and rendered, but lacked a sense of non-technical artistry. The virtuosity to play the piece at such a speed impresses, but for how long? The ending of the fugue came as a surprise to many of the audience, who started in their seats as it came to an unprepared close.

The second half of the program mixed a set of four pieces by Frédéric Chopin (1810-1849) with three by Enrique Granados (1867-1916). Chopin’s famous Barcarolle in F-sharp major, Op. 60 was rendered more like sparkles on the Venetian lagoon than gondoliers poling the Grand Canal; the generally light touch avoided the music’s more sensuous and Romantic qualities, treating it more as a piece from a different era. This sound was novel, but not nearly as interesting. Of the other short Chopin pieces, the most interesting was the Ballade No. 3 in A-flat major, Op. 47; this piece was rendered with masterly depth, nuanced phrasing, varied dynamics, and a sense of arc that had patrons sitting up in their seats and breaths catching as phrases carried them away. This was the performance that suggested an artistic maturity more so than any of the others.

The three pieces from Granados’s Goyescas meandered by with little impression; by the second, fidgeting was visibly sweeping the hall. The applause at the end was tremendous, though, and the final two encores a dessert that ended on a sweeter note.