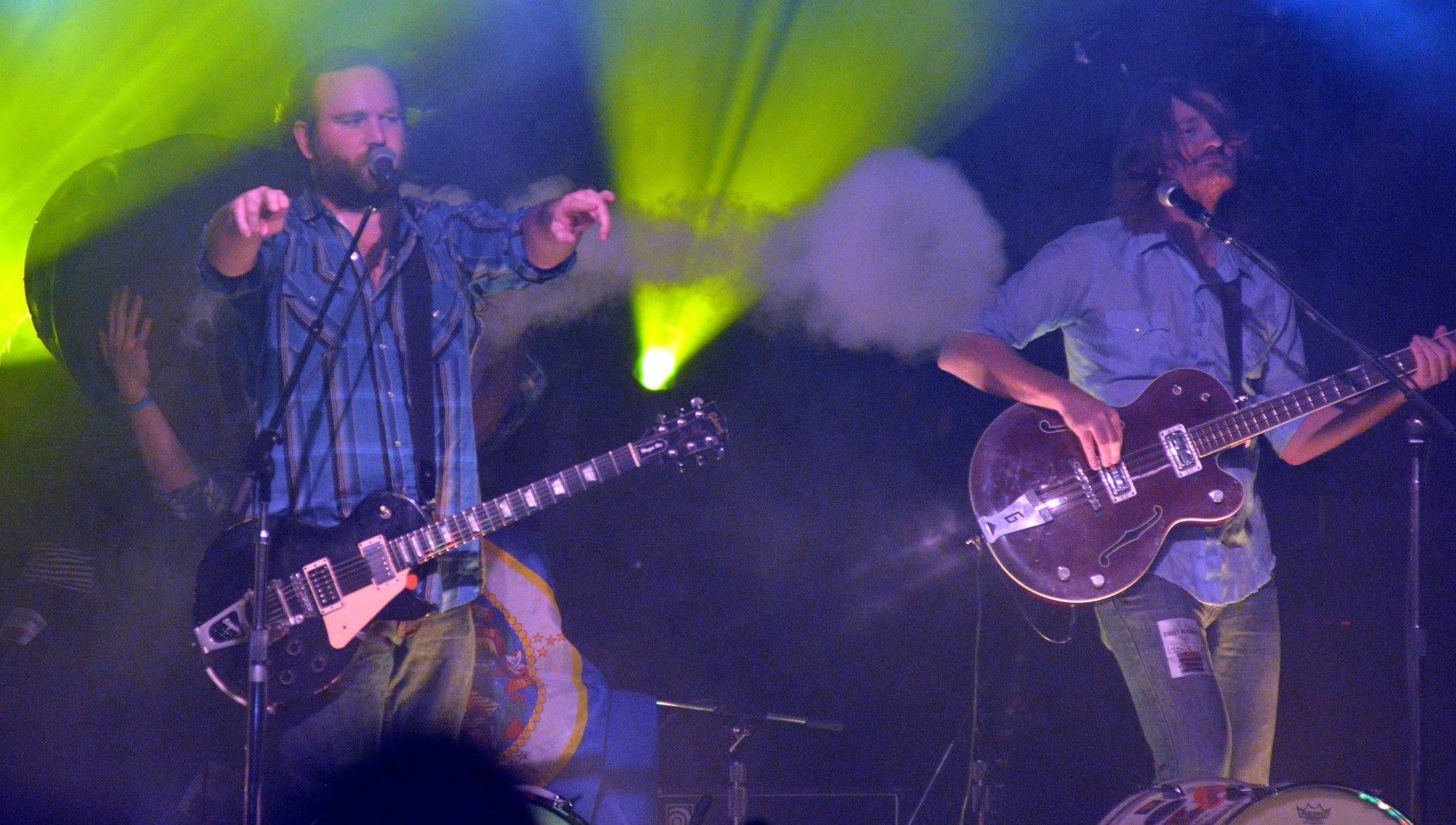 Saturday night’s show at First Avenue was sold out! I love to hear that for local bands. The place was packed—but true for nearly every 4onthefloor show I’ve attended, the crowd was friendly and fun. They sounded great and played all of the old and new favorites. People were hopping to older songs such as “Bricklayer” and “Drunk on Tuesday” and singing along to the newer songs off Spirit of Minneapolis released last spring. And they played my favorite “For Pa” and “Magic Trick.”

A crowd favorite was “King Kong” perhaps because it featured a guest appearance by King Kong himself. King Kong showed up for several songs then—even managed some crowd surfing at one point. There were a lot theatrics at the show, such as two large kegs labeled “Spirit” that blew smoke rings. And Rupert was dancing in a suit on stage. Admittedly, that’s almost too much theatrics for me, but it didn’t get in the way of the sound and people seemed to love it.

Last weekend I happened to see Silverback Colony in Duluth. Gabriel Douglas is the lead singer of both. He is very different on stage on the stage of First Avenue as part of 4onthefloor than at the Red Star as Silverback Colony—despite the fact that he played several 4onthefloor songs last weekend. He’s much more the showman at First Avenue—definitely a space appropriate difference. I’ve seen other band members wear different hats on stage (Chris Holm in Fattening Frogs), but he doesn’t seem as different, despite the fact that the Fattening Frogs and 4onthefloor play very different music.

Communist Daughter also played. They looked very polished and very upscale. Communist Daughter fans have watched lead singer Johnny Solomon clean up his act in the last couple years, getting sober and losing weight like some of us lose Christmas cookies this time of year. Molly Moore is also well shorn for the season. They played a nice mix of old and including “Fortune Son” from Soundtrack to the End (one of my favorite songs), “Avery” from Lions & Lambs and a new song about Balboa Bridge which I heard for the first time this summer when they played at the Mill City Museum.

One of the things I miss when I see Communist Daughter at First Avenue is the story behind the songs. But it’s fun to see them in a larger venue. Just one strange thing—and it speaks more to First Avenue than the band—they were cut off mid-set when they were clearly ready to play more and the screen came down. (For anyone reading this who hasn’t attended a show at First Avenue, the screen coming down at the front of the state is the definite sign of “set over.”)  Apparently someone does watch the time!

Also playing last night was All Tomorrow’s Petty, a Tom Petty focused band and American Scarecrows, a rock band with a country guitar sound. I was sorry to miss them and hope to catch them another time—but sometimes Christmas calls you to early evening events. The show was a fun start to the holidays!