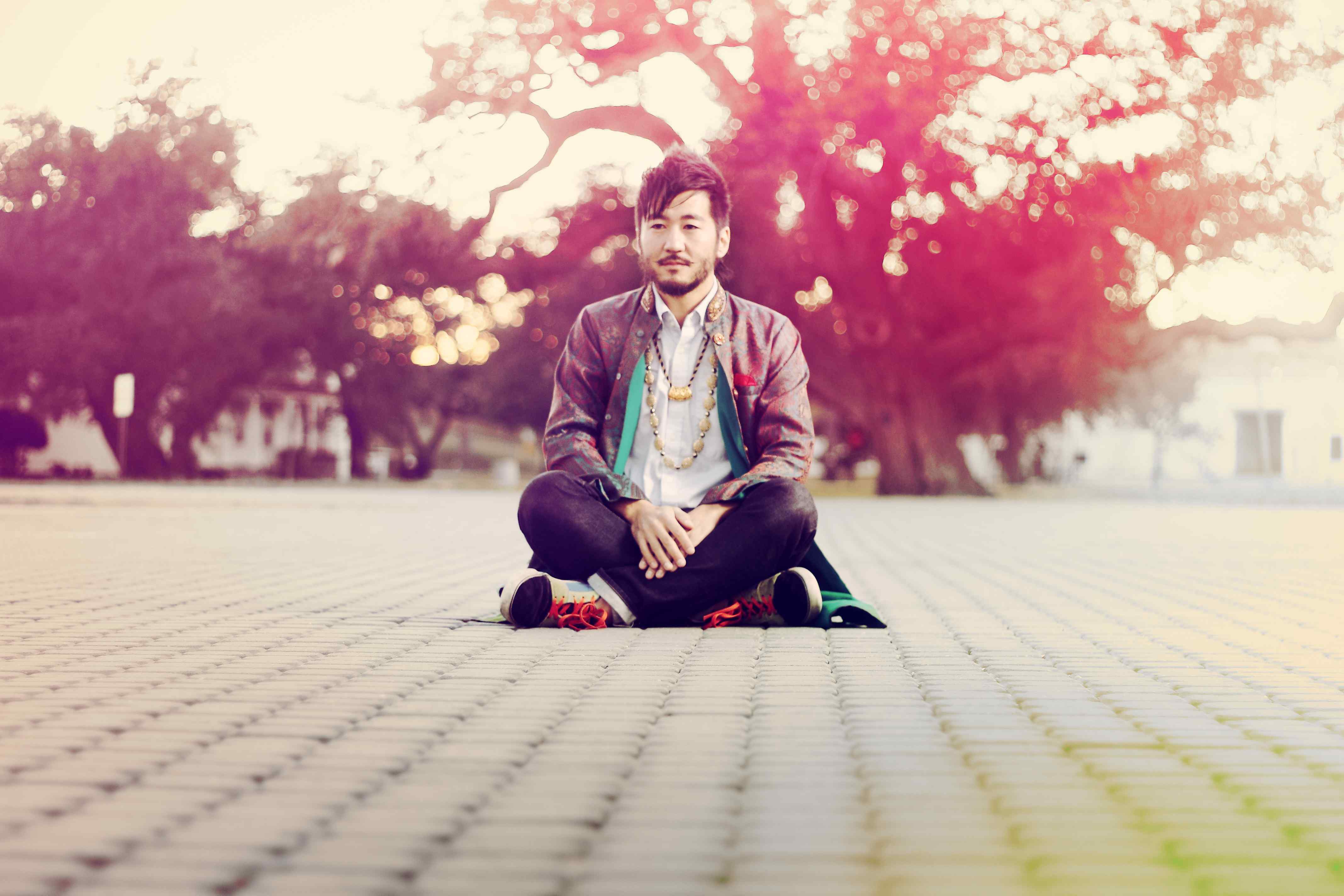 Damn I’m tired. It’s hard being Hannah Montana; I go to high school all day, go to concerts all night, and then have quiz bowl at seven the next day. Okay maybe Hannah Montana never went to quiz bowl, but you get the idea. Friday’s concert choice was the sold-out Triple Rock show featuring K Ishibashi (or his artist name Kishi Bashi) with New Yorkers, Plume Giant.

A quick trip over to Plume Giant’s website, and you might assume they’re a little but pretentiously hip, describing their perfume scents in their bio and THEY EVEN HAVE TRIANGLES IN IT, but they turned out to be far from it. The three-piece of Eliza Bagg, Nolan Green, Oliver Hill brought chiefly folk tunes to the dark club. The words that were clouding my brain as I was grasping to describe their show were “cute” and “nice.” They all had high levels of control of their respective instruments, but offered a mental image of creeks and camping and sunny bike rides. And there’s nothing wrong with those things, but I’ve heard it 20, 50 times before. Their last song, which was a narrative about a crow named Joe, seemed hand-picked for an NPR folk hour. They got the crowd toe-tapping and head-bopping, but nothing about their performance wowed me. Like I said, they were cute and nice but not unique. One particularly sweet moment though was when the band did a cover of Elvis’ “Love Me Tender.” The arrangement was– you guessed it—folksy, but retained its original velvety-smoothness. Bagg really had a beautiful voice, and I think wooed all of the couples in the room. It was like Valentine’s Day was giving a last little kick.

Kishi Bashi has recently gained some popularity as a result of his “Bright Whites” being featured in a commercial for Microsoft’s Windows 8. He also has been eating success in the Japanese charts for his “Philosophize In It Chemicalize With It” which was also popularized in a commercial. I point no fingers here, I think it’s perfectly fine that he’s made music for commercials and allowed his music to be played in them. But my views on “selling out” are for a different article. I’m here to talk about the force that is Kishi Bashi. I’ve seen the man once before when he opened up for of Montreal last March at First Avenue. The setup there was much different than it was this Friday, as the First Ave gig was a solo show. This time, though, K had the help of Elizabeth Ziman or “Zim Zim” on percussion and keys, and Mike Savino or “Tall Tall Trees” on (light-up) banjo and some more keys. The trio melded perfectly together on stage, and if K had clones I don’t know if they could’ve done a better job at being so cohesive on stage. Elizabeth’s driving percussion beats pushed each song along and give them a stomp, which K and Savino noodled away, back and forth on their strings. K does a fantastic job with not only melding with the other musicians, but also melding together several genres of music. Folk, pop, indie, hip-hop, dream pop, and more all played through the speakers that night. Each new beat-box and string-pluck brought a new layer to the performance. The set was (predictably) heavy with 151a material, but K tossed a few old and new tracks in the mix.

The encore was, um, interesting. It started out with a cover of what I’m sure is some kind of hip-hop song. And uh, it was for an 18+ crowd for sure. Sorry I don’t know what song it was… The crowd seemed to like it though, just as they seemed to like every other song Kishi Bashi sent out. They were all about the clapping and the snapping. They really had fun with that. The entire atmosphere though was really positive and fun. At one point I glimpsed some members of Plume Giant along with Elizabeth and Mike dancing side-stage while K was playing a solo song. It was pretty hilarious. It was definitely worth it to stay up late even though I had quiz bowl the next day at 6 a.m. Check him out next time he’s around!