One thing’s for sure: Ra Ra Riot certainly know how to put on a show. Their show at the Varsity Theater on Thursday night showcased the standard pop energy that gave the Syracuse, New York band its name. Adding to the energy of the night were the two openers, the atmospheric We Barbarians from Long Beach, California and Chikita Violenta—a surprising and wonderful indie rock band from Mexico City.

The three-man group that is We Barbarians launched the night, sounding off with dynamic anthem-styled rock songs; they played well enough to capture the attention of the young crowd. Chikita Violenta, though, really established the energy—mostly because they seemed to have so much of it themselves. Two guitarists, a drummer, a bassist, and a keyboardist carried the sound of these talented imports across the room and quickly got the crowd jumping, swaying, and clapping to the beat. And though the frantic screaming of the group’s newfound fans may have been due to the close resemblance of some band members to Gael Garcia Bernal, the slinking guitar and manic drums would have won over even the most discriminating critic. A listen to the group’s latest album, TRE3S, reveals more than just good vibes—these up-and-coming indie rockers temper dynamic electropop fusion with soft vocals and choruses that sneak in and out of the melody.

With the crowd jazzed up for the main act, the six members of Ra Ra Riot trickled out on stage. The orchestral rock group (members include a violinist and a cellist) began with their more popular songs off their 2007 self-titled EP and their 2008 release The Rhumb Line, like “Can You Tell” and “Dying Is Fine”, with audience members following along word for word. From there, though, it was clear that the band wanted to push on some of their new material from their September-released The Orchard, which features more mid-tempo ballads and a few songs that are less than carefree pop songs. It was enough for the crowd—the fans didn’t mind, and the wide-skied compositions and rolling verses fit the band just as well as their earlier releases.

Wes Miles makes for a confident and engaging vocalist, picking up the energy of the crowd and carrying it through the set, while the soaring strings of Alexandra Lawn (cello) and Rebecca Zeller (violin) add depth to the band’s arrangements. Each member played with poise and assurance that belied their youthful appearance; the band endured a tragedy in 2008 with the death of original drummer John Pike.

Overall, Thursday night’s set proved to be a triumph of all sorts. Ra Ra Riot’s relentless commitment to their craft was apparent from first song down to the encore. 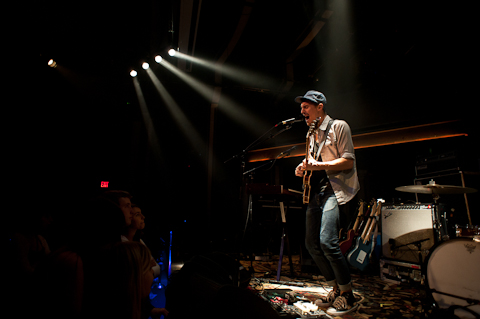 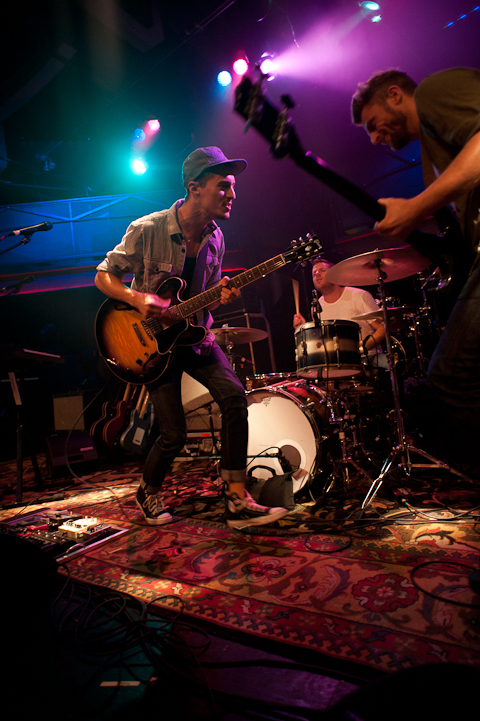 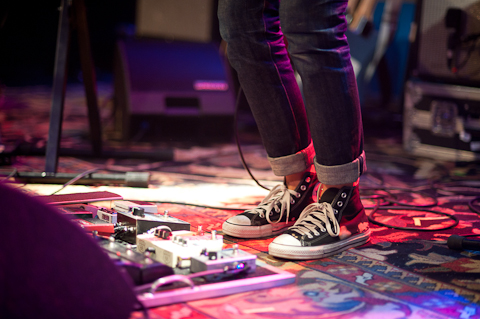 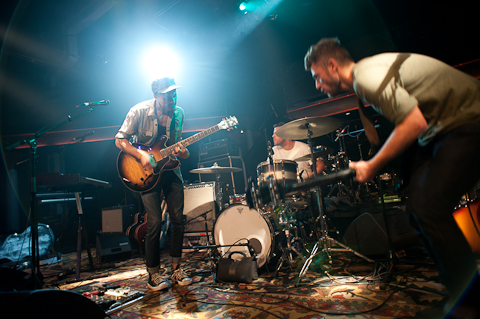 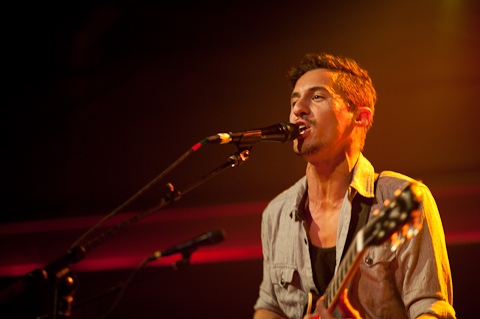 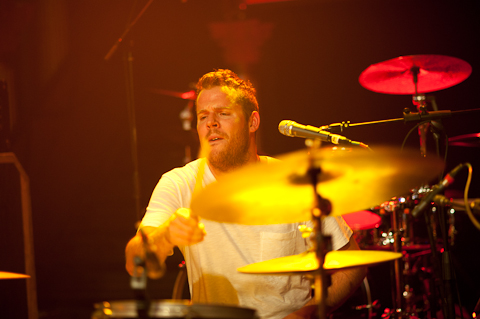 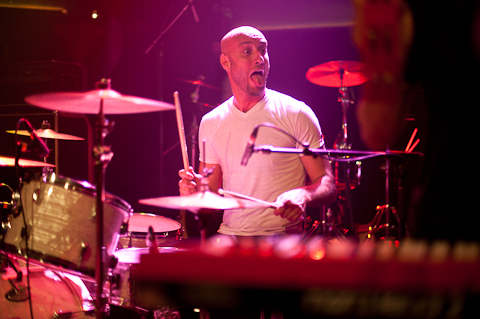 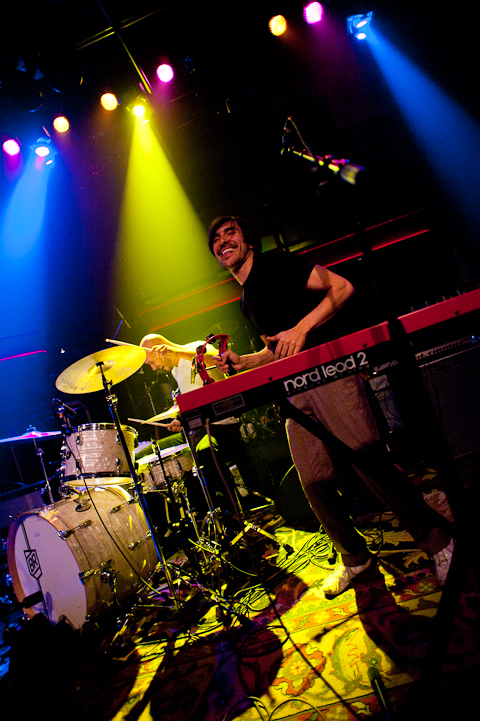 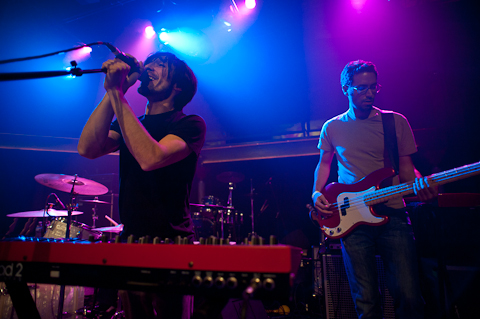 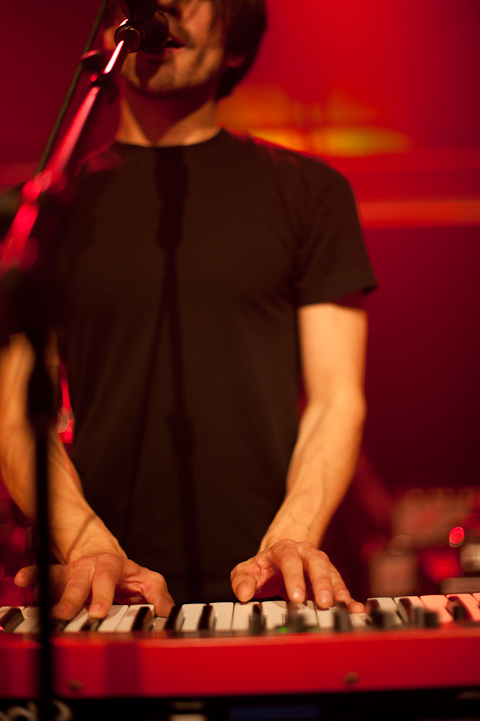 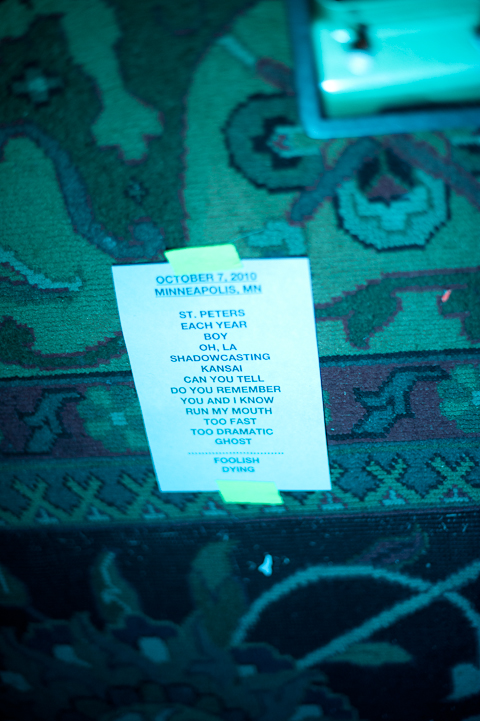 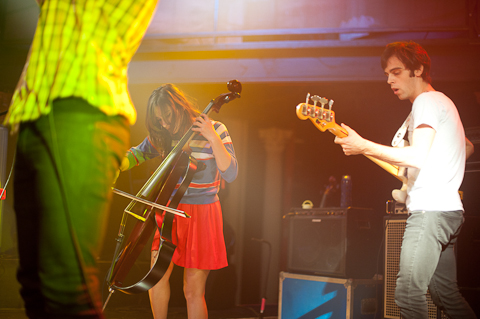 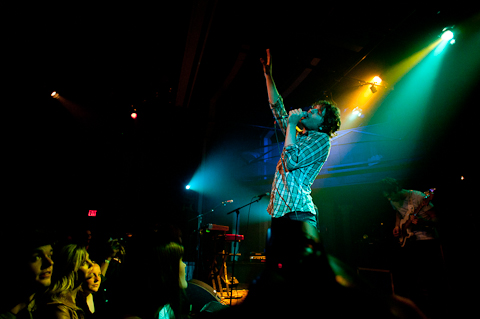 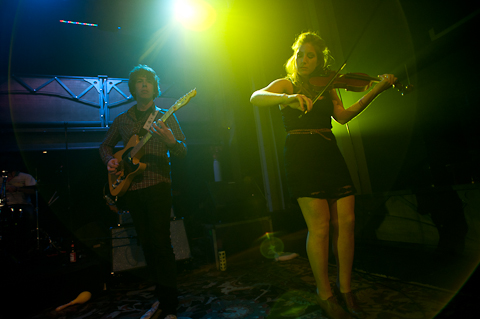 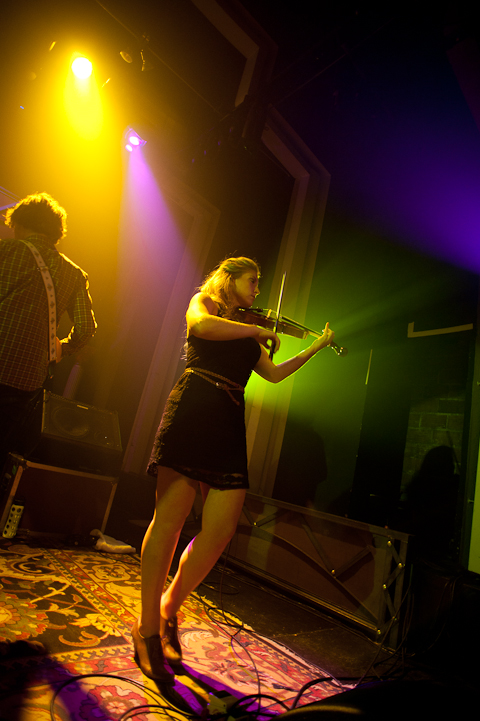 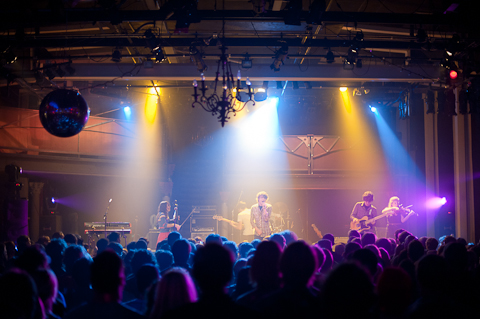 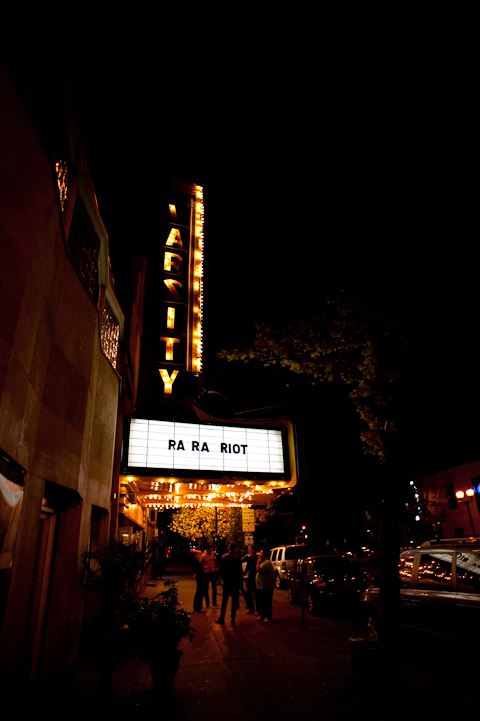