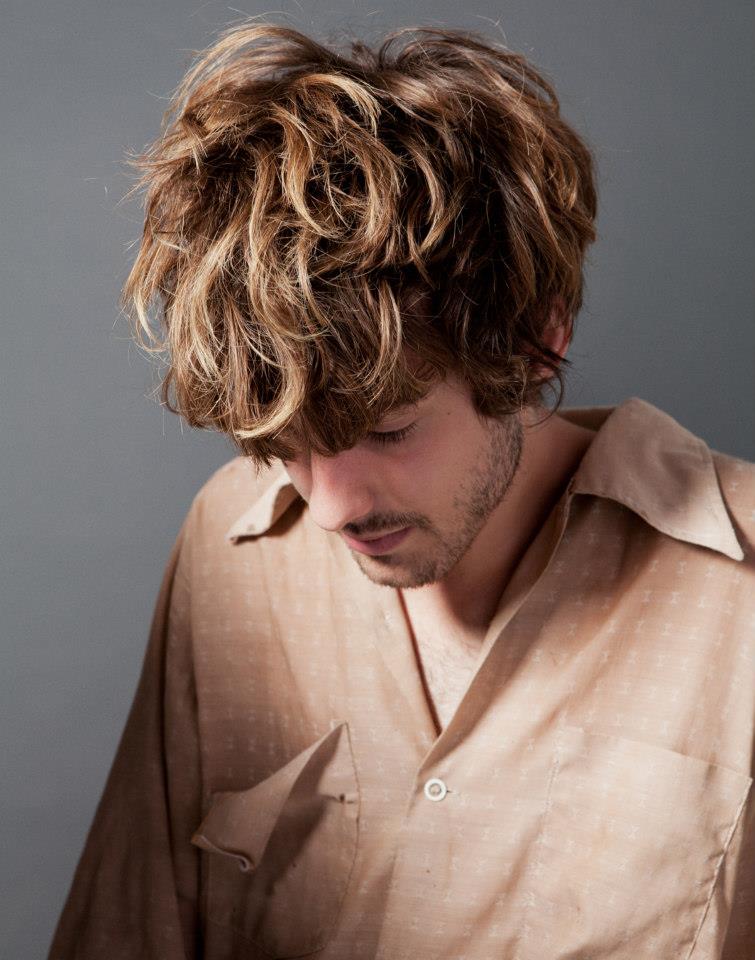 Still from the "She Is The Wave" video, directed by Emily Kai Bock

On Wednesday, April 3, Doldrums wlll play at the 7th Street Entry in Minneapolis. I had the chance to catch up with Airick Woodhead, the man behind the Montreal-based solo project, via e-mail.
Errhead, Heir Head, Airick, Erric, Erick, Erik, Heirck, or Eric, which do you prefer?
Back with Mum and Dad it’s Airick. On Reality Lite I also go by Milo, Jank, errhead, wren, ervishe…

Where do you get most of your sampling material? You don’t really seem to use many externally sourced vocal samples in Lesser Evil but there are a bunch in Re-heckled Slogans…
I get the majority of my music from friends of mine. And the Internet.

Does Disney fulfil all of your cat-centric dreams? And now that you’ve discovered he’s a boy, is a name change in order?
Certainly. Disney’s name has been changed to Tiesto recently—though I’m definitely not handling it very well. And I’m never home anymore so I feel like we’ve had a big falling out.

I asked Daniel this one when I interviewed him, but let’s see what you say: What is your favorite non-animal, non-human sound or noise?
Pizza sizzle.

The intro to Lesser Evil is a really emotional bit for me. It’s been up on your Soundcloud for quite a while now and I was wondering: What’s its purpose? Was it an intentional introduction to the album, or did it just fit well?
That is the song i chose to start the album with.

And were you really trapped in a six-story echo chamber eating sardines?
I was singing that melody when I got soundcloud and wanted to upload something and I was stuck in the stairwell of a big old textile factory where my girlfriend at the time and I were recording, so I uploaded that. But thats not the same version that ended up on the album. Glad ur diving deep!

Quick! You have one word and one word only to describe everything that is Doldrums.
Antipasto.

I don’t want to seem like a broken record because I asked your brother this one too, but if you could play any venue in the universe, where would you play? (Logic and reason play no role here. For example, I think oil refineries are extremely cool looking and I would want to play a massive show in one, regardless of feasibility.)
On the plateau of a solid gold pillar rising up from the pacific plate to the ionosphere.

(From my friend Carter) An alien race comes to planet Earth. What do they look like?
Reeses pieces. Srry all my answers are informed by my extreme hunger at the moment.

You said in a recent interview that you didn’t really like electronic music, and that kind of surprised me. Do you know what it is that you don’t like about it?
That must have been a misquote. I would never say something like that. I listen to like 80% electronic music.

For Holographic Sandcastles, did Sami Blanco make the track specifically for the album?
No.

Well, it was very nice emailing you. Any parting words?
Thanks! See ya.