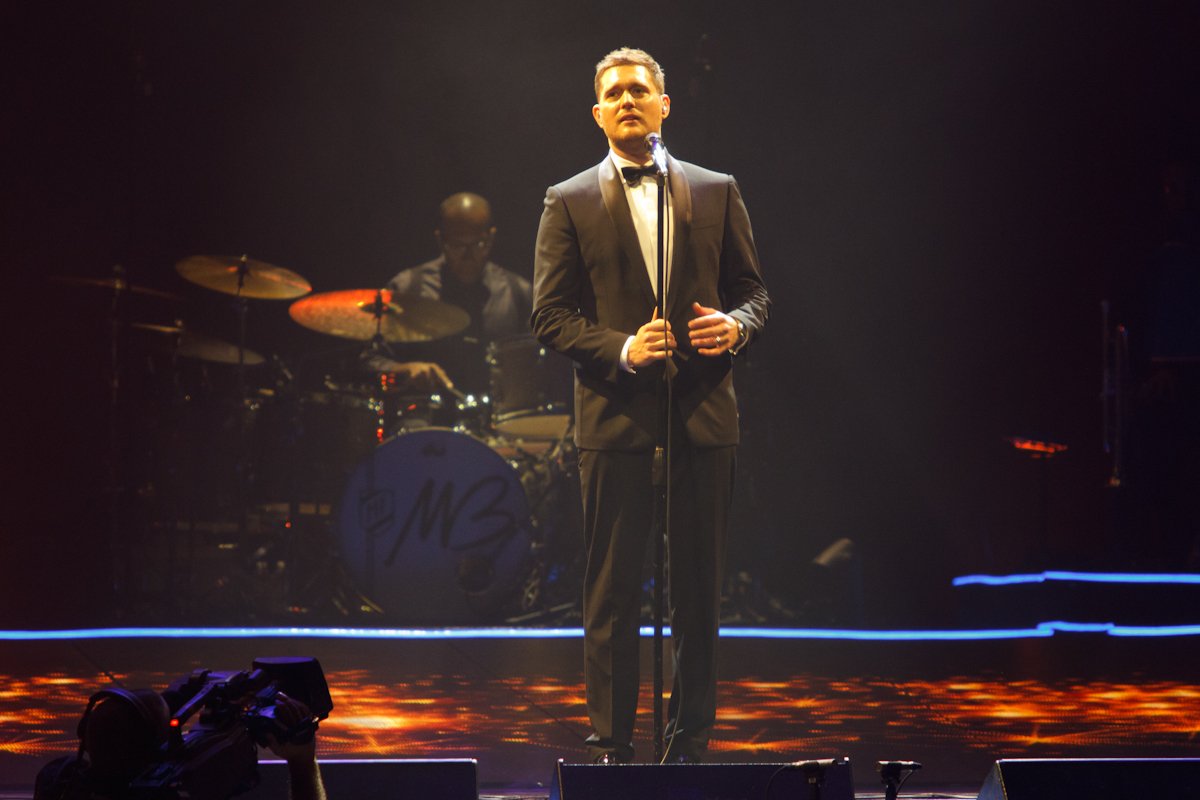 Date night was in full effect Wednesday night, September 11th as Michael Bublé crooned his way into the hearts of Minnesota fans at the Xcel Energy Center. Streams of fire shot up from the stage setting up the opening number “Fever” as the curtain opened just enough to reveal Buble lit by a single mood setting spotlight. Match Bublé’s smooth vocal up with a talented 13-piece band and a giant video screen fans knew they were in for a first class night of entertainment.

With a show built around good singing, vocal beatbox group Naturally 7 was a perfect fit as the supporting act.