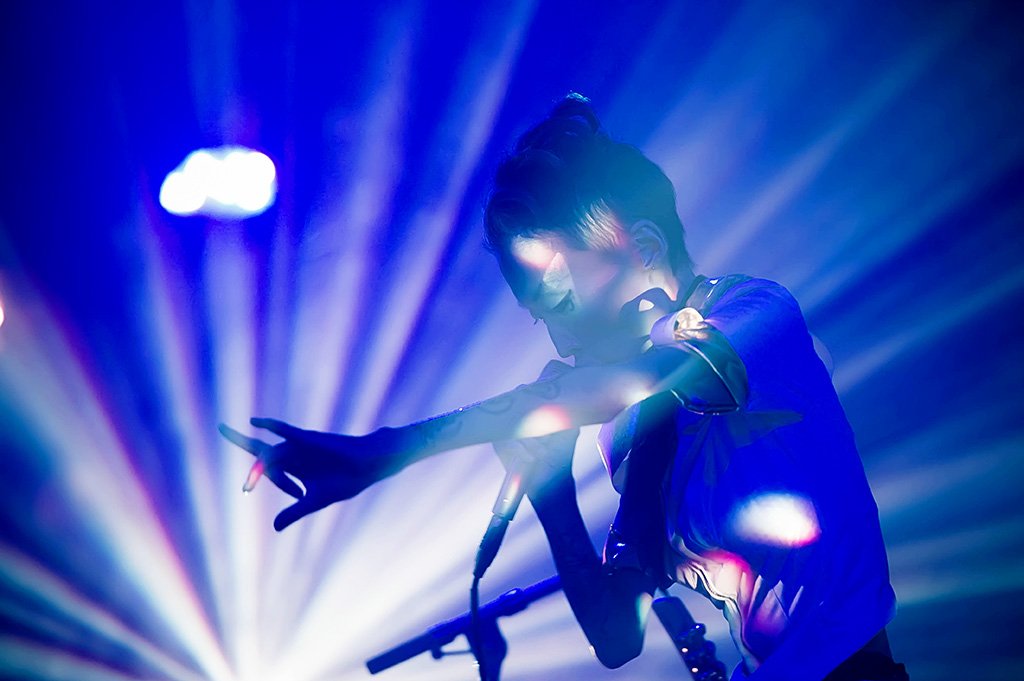 The New Century Sessions on October 29 opened with Mu Daiko, an innovative Japanese-style taiko drumming ensemble based in the Twin Cities. The ensemble plays new compositions, and infuses traditional melodies into its ever-expanding repertoire. Different members of the ensemble performed with Mayda for a few songs throughout the evening.

A Korean adoptee raised in Minnesota, Mayda is a young, yet seasoned, multi-instrumentalist, artist and producer. Her music has been featured on Jersey Shore, in Korean Reebok commercials and on Showtime and MTV. Mayda’s slick, expansive, and evolving pop sound fuses R&B, pared-down acoustic struts, full-band funkadelic blasts, electronic beats and synth flourishes. This was a CD release show for her latest Busy Signals.