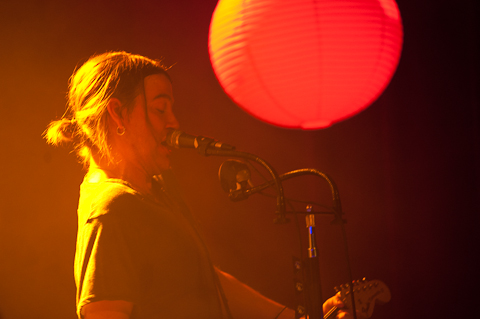 Courtney Taylor-Taylor of the Dandy Warhols. Photos by Meredith Westin.

For die-hard Dandy Warhols fans, Thursday night’s show at the Fine Line was absolutely perfect. It was one of those beautiful occasions where the band knew exactly who they were playing to, the audience knew exactly what they were going to get, and all parties got to have a rollicking good time.

For the Dandy Warhols, a solid performance is as natural as breathing. After fifteen years in the business, their sound is well-crafted and well-executed. The classic alt-rock that gave them their cult following flowed well from one hit song to the next, while frontman Courtney Taylor-Taylor’s off-color between-song commentary was entertainingly snarky. [Also in the Daily Planet, read Natalie Gallagher’s interview with Courtney Taylor-Taylor.]

“We usually play the First Ave,” Taylor-Taylor said slowly, “but it’s booked two nights in a row by some teenage angsty bands.” The crowd laughed and cheered.

In fact, the crowd laughed and cheered for just about anything the band did. It probably would have been harder not to please them. Immediately after the song “The Last High,” there were multiple shouts demanding that it be played again.

Keyboardist Zia McCabe shared speaking time with Taylor-Taylor, and had her fair share of devotees as well. From where I stood on the sidelines, I watched as a guy screamed, “I love you Zia!” before he tossed a band t-shirt to her. “Here, autograph this t-shirt for me!” Realizing she didn’t have a pen, he insisted, “Okay, just kiss it and give it back to me!” (She obliged, laughing.) 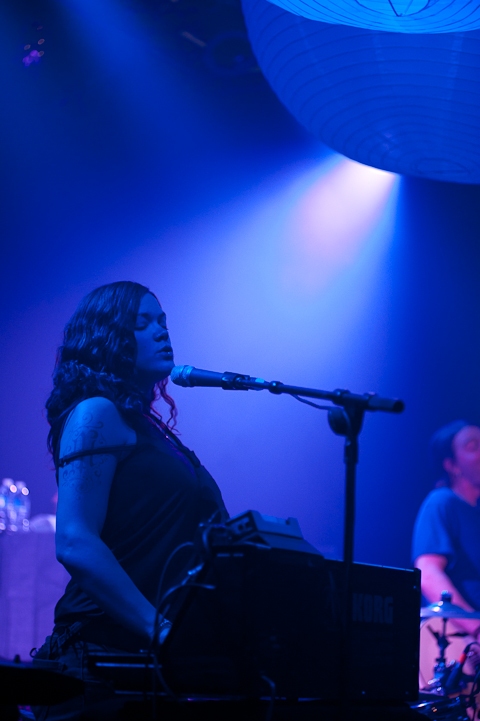 More than the banter and the jams, it was clear that at this point in the Dandys’ careers, they were intent on having a good time with their set and sharing the love with their fans. That was especially evident when McCabe made a special shout-out to one lucky audience member.

“There are few things the Dandy Warhols love better than birthdays,” announced McCabe, and you could hear the smile in her throat. “We want to give a great big happy birthday to Andy, who flew a long way because he wanted to be with the Dandy Warhols when he turned 21.”

With that, the band broke out it a harmonized and rocking rendition of “Happy Birthday,” amidst giant whoops from the crowd. And with the enamored support of their fans, the Dandy Warhols plowed through far more than the 15 hits from their new The Capitol Years album—much to the delight of all involved. 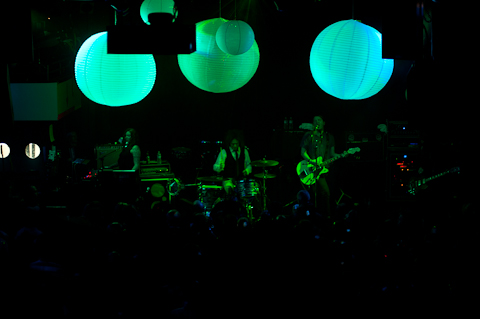