For being such an adamant music lover, I must confess there are few live shows that seriously move me. Perhaps it’s the distance between listening to an album in the confines of your own home/car/iPod and having to share that same musical experience with a room full of strangers. I mange to end up overthinking the whole thing and missing out on the real experience. While I love a good show, somehow I just have difficulty staying in the moment. On the other hand, sometimes there are concerts where all the elements just come together perfectly. When that happens, the scenery and setting drift into the background, the proverbial sky opens up, and angels may in fact sing. All you can do after this bliss is sigh to yourself a heavy “amen.”

On a dreary Wednesday evening fans of all ages came out of the rain and packed into the Roy Wilkins Auditorium with heavy expectation for the Arcade Fire‘s sold out concert. In support of their third album, The Suburbs, the band have traded clubs and theaters for arenas and amphitheaters, packing in sold-out crowds and still managing to produce a resonant and grandiose sound by way of the eight very talented multi-instrumentalist members. The St. Paul show was the kickoff to a world tour, and one could have expected that there would be bugs to be worked out, especially considering the remarkable scope of instrumentation necessary to produce the band’s signature sound. Though there were minor technical issues, they barely registered in the context of a fabulous night of music.

As the band members struck their first chords, surrealist images seemingly plucked from a Tod Browning film flickered on the enormous video screen, adding a perfect element of artsy weirdness to the proceedings. Throughout the night, the screen flashed footage of kids on bicycles, post-war teens primping in suits, falling snow and palm trees, each complementing the tracks they were paired with. I found the images appropriate, and though relevant, never so literal that they were distracting.

The band started their set with the the appropriately-titled “Ready to Start” from The Suburbs. It’s an engaging song, and they had the audience hooked and excited from the first notes. Songs from the new album dominated the show, and though I can see how this may have been a disappointment to some fans, it was hard to detect any hint of dissatisfaction from the ecstatic crowd. After a rousing rendition of “No Cars Go” from Neon Bible (2007), they slowed things down with a touching performance of the lovely song “Haiti,” sung by Régine Chassagne. More, perhaps, even than her husband (the band’s frontman Win Butler), Chassagne sings with wrenchingly real emotion, and she seemed to connect with the crowd particularly well on this song. Her link to the country of Haiti was clear in the delivery (her parents originated there), and later Butler announced the concert and the rest of their tour benefited the Partners in Health relief project for Haiti, with $1 of each ticket going to the project. 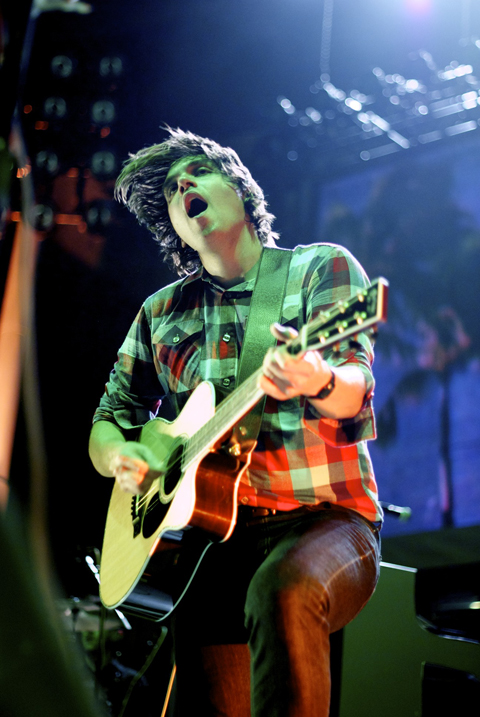 The rest of the set list struck a balance between much-loved favorites from previous albums (“Neighborhood #2” and “#3,” “Intervention,” “Rebellion (Lies),” and “Keep the Car Running”). Without making the set too obviously narrative, they managed to stay true to the experience of their albums. There were epic highs punctuated by moments of serene, almost intimate pleasures. Though some fans may have preferred the band stick to a constant stream of anthemic songs, I actually found some of my favorite moments in smaller-scaled songs from the new album. Chassagne’s rendition of “Sprawl II” from that album was rousing and intense, but also left a haunting sense of loss.

It’s the band’s unique ability to take the tiny tragedies and losses of regular life and make them into something grand, powerful, and seemingly universal that makes them so memorable. Their albums of grandiose baroque pop speak deeply to a generation who missed out on the paramount revolutions of their parents and grandparents but still feel a sense of ennui and displaced rebellion. Their songs speak to the rabble-rousers who believe in shaking up the world by holding on to the whimsy and trying to escape the limited confines of their conventional lives. The Arcade Fire have been writing these manifestos of internal revolution one album at a time, and the message was clear as the audience danced and shouted to songs of sadness and despair. In the words of timeless rebel Emma Goldman, “It’s not a revolution if you can’t dance to it.” 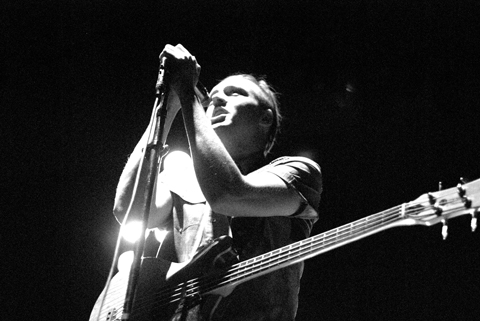 In previous live performances, Win Butler’s hipster-mormon-folk attire brought to mind a soap box preacher, but with locks cut and sporting a modernized version of his folk style, Butler was instead reminiscent of a New Wave reverend, a little awkward but full of conviction, like an Ian Curtis for our time. Chassagne spent much of the concert prancing around the stage in a sparkling dress and shouting her lines more like a riot grrrl than a indie songstress. As is her way, she managed to even make playing the accordion look cool. Somehow all this contrasting energy works in context and the band manage to use it to heighten the emotional experience while ratcheting up the energy level in the room. While there was little audience banter from the stage, at one point Butler did inform the audience that though he knew it was getting late, the band too had to work the next day so they needed the audience to help them keep the energy going. The admonition hardly seemed necessary, the palatable level of nearly worshipful gratitude rarely flagged.

The encore struck the perfect note of crowd-pleasing hard-charging hits and charming newer songs. It started strong with the well known “Neighborhood #1 (Tunnels)” from Funeral (2004) and then moved on to the less well-known but moving “Suburban War” from The Suburbs. Finally, they closed the evening with perhaps their best known song, the rousing “Wake Up” from Funeral. 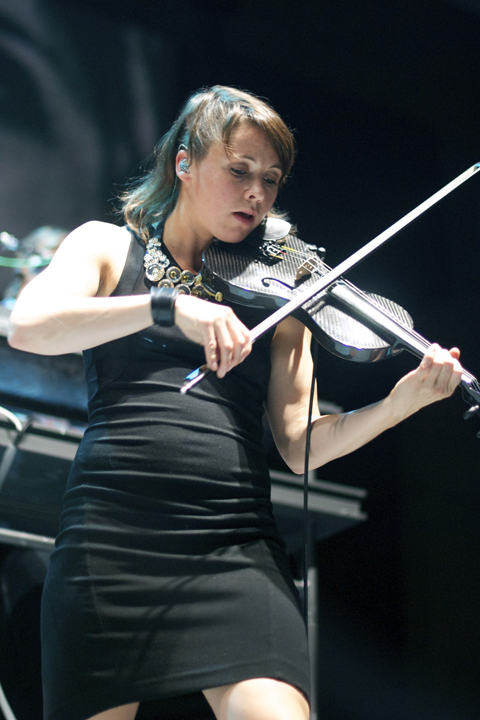 Having never before seen the Arcade Fire live but having loved their albums for many years, I was worried that the experience wouldn’t live up to my very high expectations. From the moment the band hit “No Cars Go,” I was certain that would not be a problem. I surrendered to the moment, let myself sink into the deep, complex melodies, and fully appreciate one of the few bands that manages to live up to its own hype and also function as a cultural zeitgeist. As I stumbled out into the soggy St. Paul night I spoke the previously mentioned “amen.” 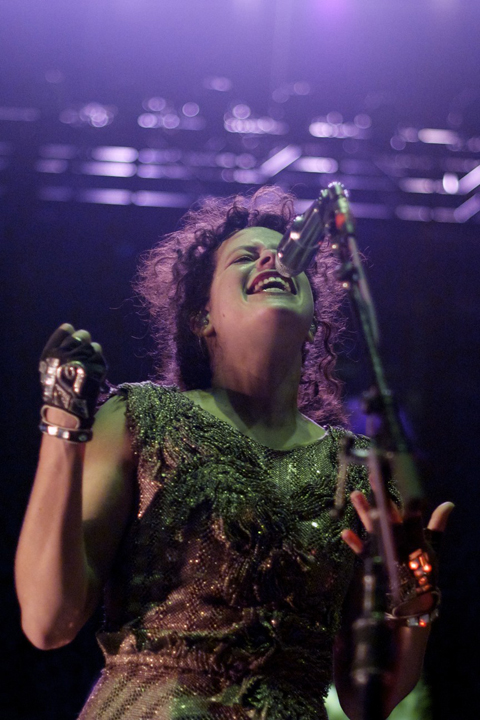