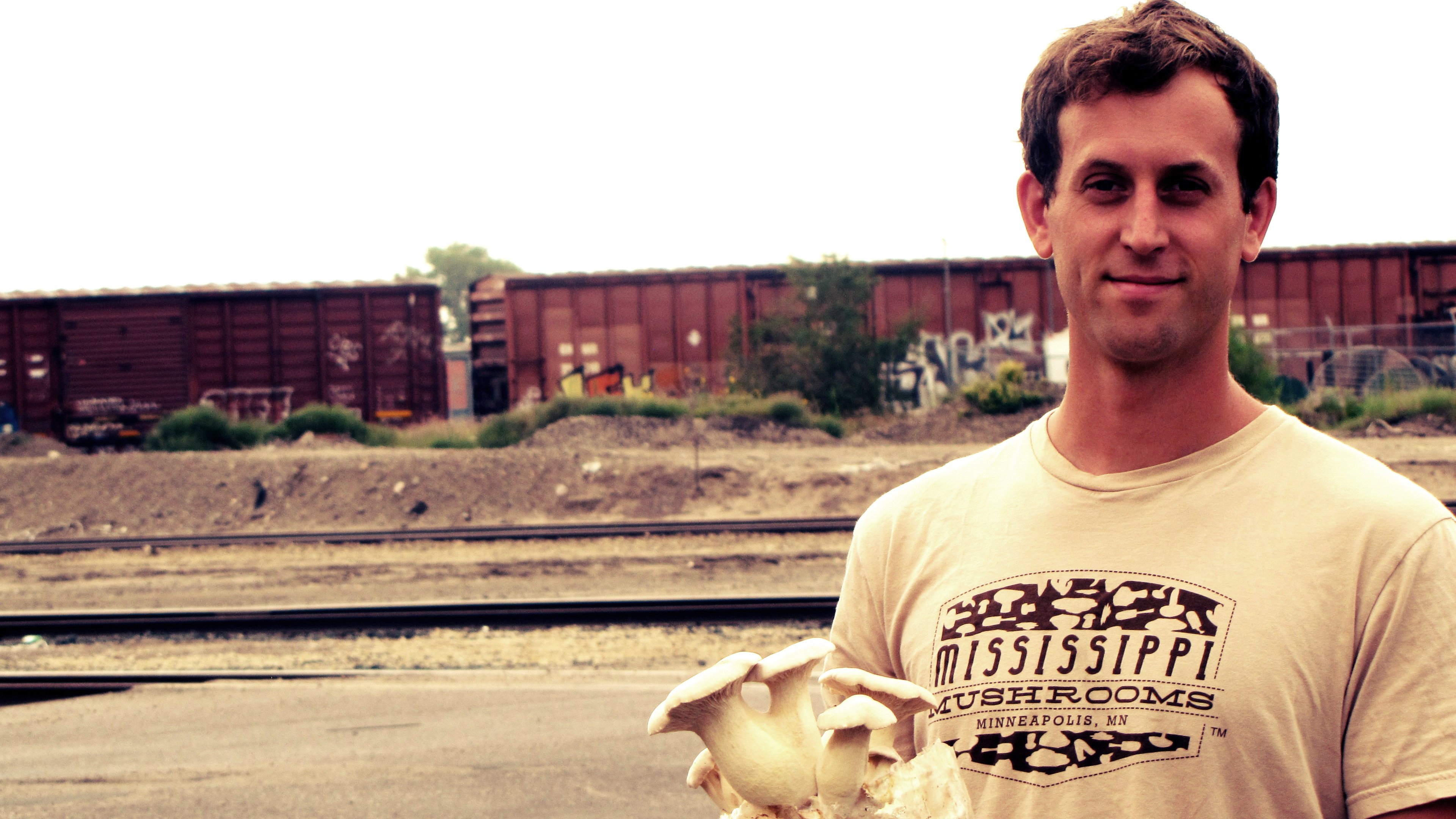 What do mushrooms, social justice, and economics have in common? The connection might not seem apparent at first, but Ian Silver-Ramp is happy to connect the dots with some creative thinking and a healthy appetite for entrepreneurship.

Ian, who studied agriculture at the University of Minnesota, farmed on a cocoa plantation in Costa Rica, and worked with a major pesticide company for a stint, started off Mississippi Mushrooms with little more than the seed of an idea.

Despite ample farming experience, Ian didn’t know mushrooms or the ins and outs of starting a small business. He simply knew he wanted the work he did to be consistent his values. “When I first decided I was going to open Mississippi Mushrooms and make a company, I didn’t know anything. I hadn’t even ever successfully fruited a mushroom,” remembers Ian.

So, in the spring of 2012, when he heard about Neighborhood Development Center’s Plan it! entrepreneur training program being offered in partnership with Northside Economic Opportunities Network in North Minneapolis, he decided to apply.

Ian was accepted and overcame early failures: like discovering that the mushrooms he had been cultivating for farmers markets had turned into a level five mold meltdown due to contamination- just imagine leftovers forgotten in the refrigerator until they’ve begun to form science experiments.  Thinking back on that time, Ian notes, “It’s a good thing I have a strong stomach.”

Each failure only left him more determined to succeed. Ian recalls “I learned a lot about business but also learned a lot in terms of psychology, like learning to take this more and more seriously.”

Soon after solving problems in the process for growing King Oyster Mushrooms, Ian consulted with Neighborhood Development Center to create a logo for Mississippi Mushrooms and, in May of 2013, leased a space vacated by a biker gang in Northeast Minneapolis to begin full time production to meet the growing demand for his gourmet mushrooms.

Once the new space was leased Ian and his business partner, Nik Prenevost, had to figure out how to create four temperature controlled chambers for cultivating the King Oysters.  After consulting with engineers, who told them they only had enough money to build one chamber at most, they decided to take matters into their own hands.  Ian designed the concept for an energy efficient temperature control system for four separate temperature control chambers to allow Mississippi Mushrooms to harvest King Oysters on a continuing basis.

You can now find their King Oysters at local farmers markets, Linden Hills Co-Op, and Local D’Lish.  Mississippi Mushrooms is one of the only local producers of King Oysters, which are a foodie prize.  These specialty mushrooms are an exquisite mix of mild savory flavors with a meaty, chewy texture perfectly suited for sautéing and high heat cooking.   Looking back on the steps it took to get started, Ian reflects: “Taking that class was a big deal. I don’t think I’d be here without it.”

He is continuing in the start-up phase of his business now and focusing on using his core values of collaboration and sustainability to operate it profitably. Ian works with local lumberyards to get the sawdust needed to grow the mushrooms and contributes to stronger and more sustainable local food systems by selling the high quality compost left over at the end of the process to local farmers.

He notes, “Fungi really have a huge role to play in restoring something of an ecological nutrient balance to the system. If you don’t have justice on this very basic level of nutrients being returned to the system it’s going to be impossible to have justice at higher levels of social organization. You have to start out with a just food system and ecological justice if you’re going to have a healthy society.”

Now that operations at Mississippi Mushrooms are well underway, Ian and Nik have begun dreaming of the possibilities for growth.  They would like to bring other gourmet mushrooms to the Minnesota market.  Next on their list to cultivate are Lion’s Mane, Huitlacoche, and Paddy Straw.  Each variety has a unique flavor palate and texture make up that would contribute to the Twin Cities already growing culinary landscape.  What is his advice for other aspiring entrepreneurs? “Keep going no matter what, because ultimately as an entrepreneur your biggest resource is yourself and your determination.”

A single King Oyster can grow to one pound at harvest

Huitlacoche is a popular ingredient in many traditional dishes from Mexico