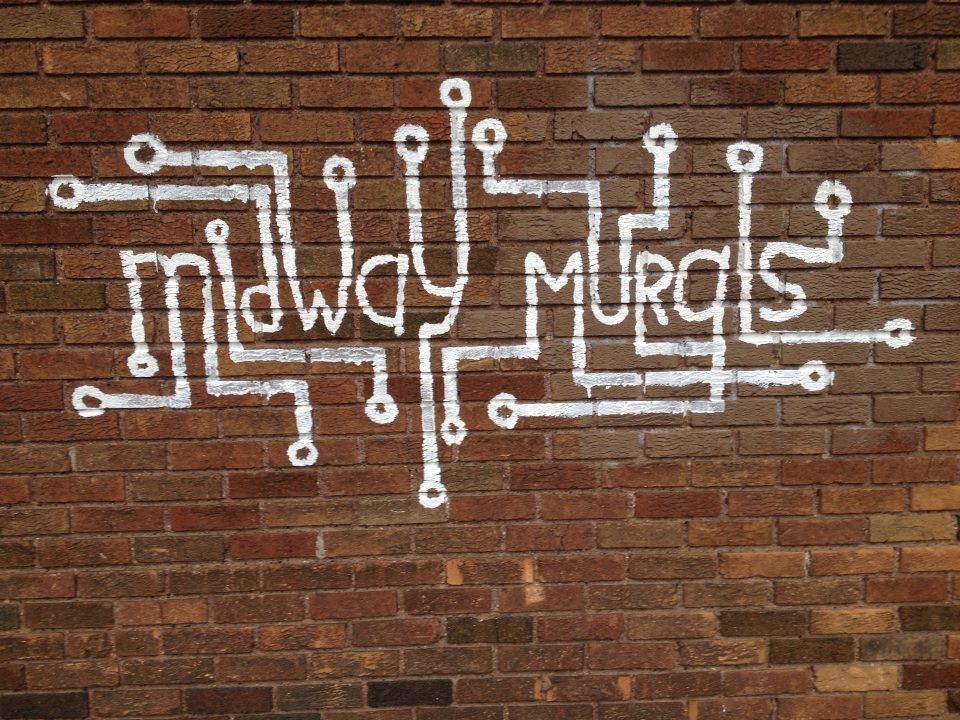 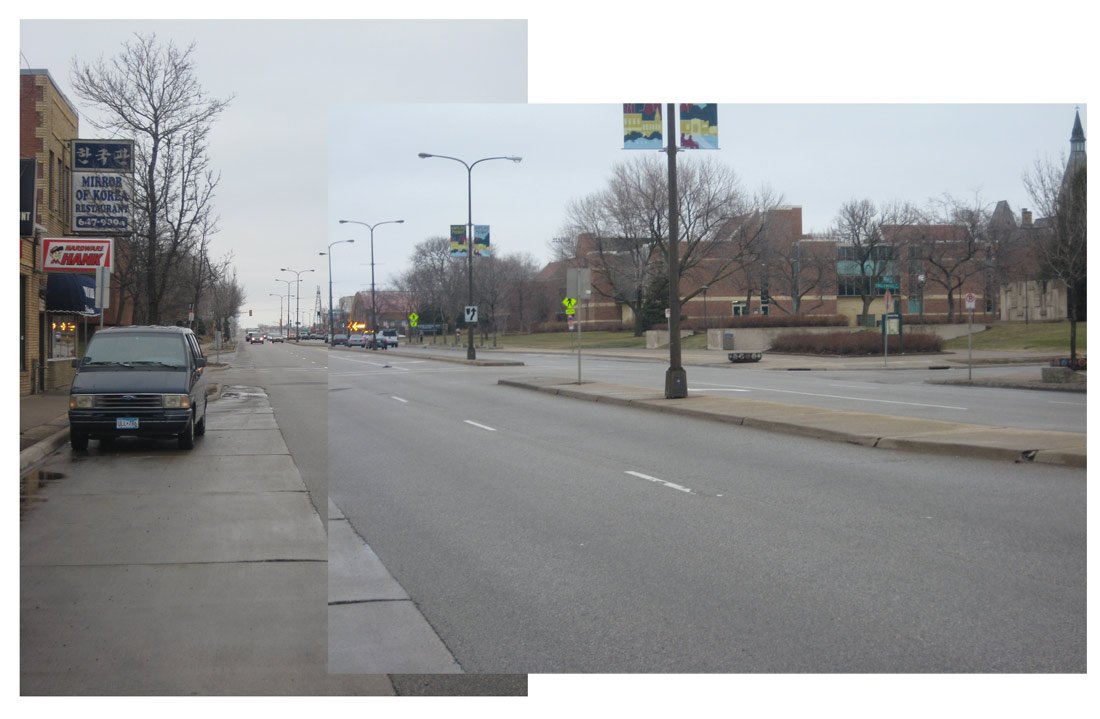 Snelling Avenue is one of the busiest streets in Minnesota, but it’s also one of the most overlooked: narrow sidewalks, aging buildings, and the steady stream of traffic filled with drivers that never seem to notice the rich diversity of the neighborhood around them.

This summer, the Midway Murals project, which one a coveted Knight Arts Grant last year, will try to change that. Jonathan Oppenheimer, who wrote the grant for the murals project, is trying to bring together neighbors, business owners, and skilled public artists to bridge both the physical barrier of Snelling’s high-speed traffic and the cultural barriers around different immigrant and non-immigrant communities. The project, which just reached its goal of raising $22,000 from the community,

I met Oppenheimer at the Midway Murals official launch at the Turf Club last month, and recently asked him a few questions about goals of the innovative public art project. Snelling Avenue is undergoing a big construction project this summer that will widen the sidewalks and attempt to calm traffic north of University Avenue and around Interstate 94. Combined with Oppenheimer’s public arts project, by this time next year Snelling Avenue might look and feel like a brand new street.

Bill Lindeke (BL): What is the Midway Murals project? This part of Snelling Avenue is so interesting to me. I’ve long been frustrated by the narrow sidewalks, and road design.

Jonathan Oppenheimer (JO): Well it’s about public art, but it’s just as much about community. Actually, it’s the combination of the two that brought the vision together.

I live very close by, a few houses off of Snelling, right in the stretch of road where the project is taking place. I would walk this stretch of Snelling a lot, bike it, drive by it, and I guess I know every nook and cranny. I want it to be a place that’s beautiful, comfortable and attracts customers to business. I want it to be the “main street” through the neighborhood.

But as I’m sure you know, it’s a state highway and not the most pedestrian friendly place. It gets tagged with graffiti a lot because it’s so highly visible. And it’s been years since people in the neighborhood have been asking ‘How do we change people’s perception of this stretch of road?’

BL: Because it’s a Mn-DOT designed street, there have been few choices for people in Saint Paul to improve it. But this year, things are finally beginning to get better, with the new sidewalk designs, for example. 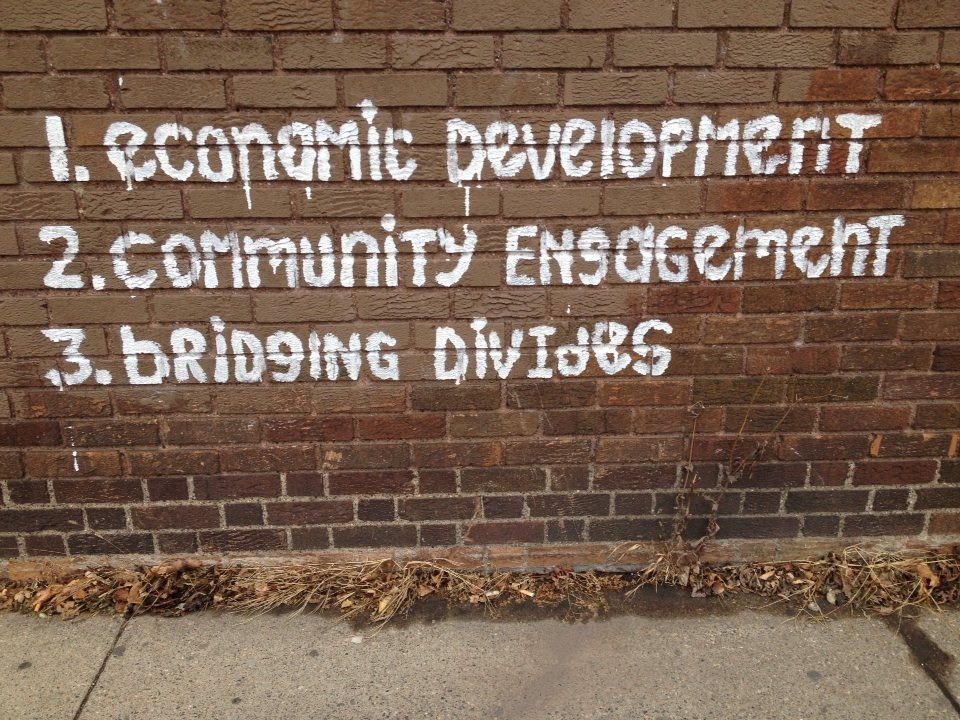 JO: There was also a disconnect for the businesses along Snelling. The buildings weren’t in quite as good of a condition as people would like. I was thinking about how to make this more beautiful and bring people together. Public art has always been something that I’ve loved, not only for the way it can change the aesthetics, beauty, and facades of buildings, but also in the way that it brings people together. Art often has that aspect of it, not always, but sometimes.

It was very clear in my proposal for the Knight Arts Challenge this is really about far more than the murals. It’s about bringing immigrants and non-immigrants together, stimulating business, and thoughtfully engaging the community. Even in a neighborhood like ours that has so many community members, it’s important for people to come together.

BL: How is the project going to change the street, and I mean that quite literally. What exactly are you going to do?

JO: We’re going to bring people into businesses for listening sessions. Sometimes people just need to be exposed to something new, brought into an environment that they wouldn’t traditionally enter. Their entire perception can change right away. You walk in to Snelling Café, or an African barber shop, and once you’re inside, you make a connection with the business owner, see what products they have to offer, and you can sense the positive vibes that come out of a place. That can be powerful.

Snelling is one of the busiest streets in all of Minnesota. It gets this incredible amount of traffic, but if you talk to folks to who drive through it, you don’t often get a positive reaction. That has to do with not knowing what’s there. Public art is a way to bring people in to really see, to have some sort of draw. It’s making it easy and accessible to folks. 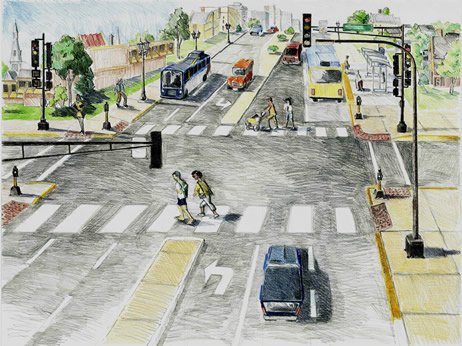 [Rendering of re-design for Snelling Avenue, courtesy of Mn-DOT.]

BL: Tell me about the art…I know you’ve thought carefully about how these murals will be embedded at their particular sites. 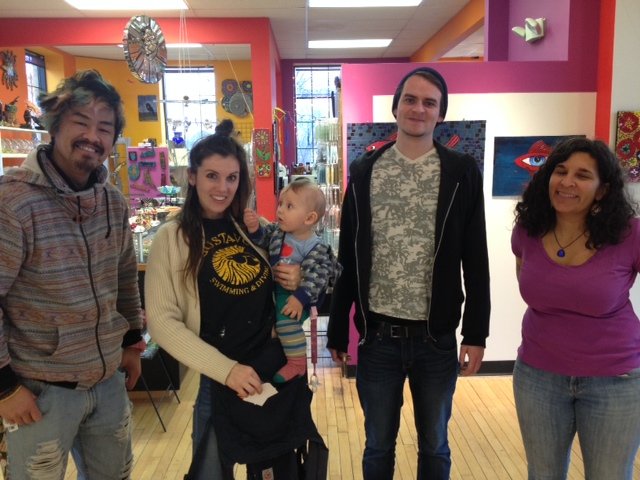 JO: In transforming this stretch of road, it was important to me to have several different murals to get people thinking in new ways, and to work with different buildings. Once they’re done, people will come down there and go into these businesses. Our project will combine with the efforts of the city, Mn-DOT, and Metro Transit as part of the construction they’re doing. It will totally transform people’s perception of the street.

We’re just a piece of the puzzle. I’m not pretending that we’re going to solve everything. Beautificatoin and creatve placemaking are all just a piece of a very complex puzzle when it comes to improving community vibes.

BL: I’ m curious about what businesses are involved in the project? It seems like an interesting list.

JO: The Snelling Café at 638 Snelling, is owned by a member of the Eritrean community. Across the street, from 681 to 689 Snelling, is Kim’s Grocery. That’s a Korean-owned business, and next to it is a jewelry business owned by a Vietnamese family. Next to that is the Korean heritage house… Those three businesses are in one building. Then if you move farther south at 555 Snelling, you have the African Plaza, which some people know as Star Market, that’s next door to the barber shop. Those owners identify as Oromo. Then across the street, at 512 – 520 Snelling, is the woman who runs Sunshine Beauty Salon. She’s been wonderful, and she identifies as Ethoiopian and Eritrean.

There’s a whole lot of complexity within those communities, and it’s important not to lump them all together.

BL: I think in Saint Paul there’s been a real desire, I’ve certainly I’ve felt it, about finding ways to overcome some of the cultural barriers that are common in the city. It’s great to see that starting to happen.

JO: I don’t pretend that this stuff is easy. It takes a lot of time to build relationships and earn trust. For folks to begin to feel comfortable with one another, even if there’s not necessarily distrust, that is a long process. We’re not going to “get in and get out,” but it means a lot to me that we recognize that bringing people together is a process.

BL: So what’s next for the project?

JO: This summer, we’ll start creating the murals. We’ll be doing the mosaic in June or July, but they’ll all go up in August. And on August 29th we’ll have a big unveiling celebration in Hamline Park. So that’s the target date.

One other thing I’d say is that, on the artistic side of things, it’s been important to have professional muralists that are committed to engaging with the community. Part of what they wanted to do was to inform their work, and each of the artists have very different perspectives and approaches, and each works in a different art medium. One powerful aspect of building a public art corridor is to have diversity within the kind of art that’s taking place.

BL: I can’t wait to see it. Thanks for talking to the Daily Planet.

Note: You can still donate to the Midway Murals project all week long at their Indegogo site. 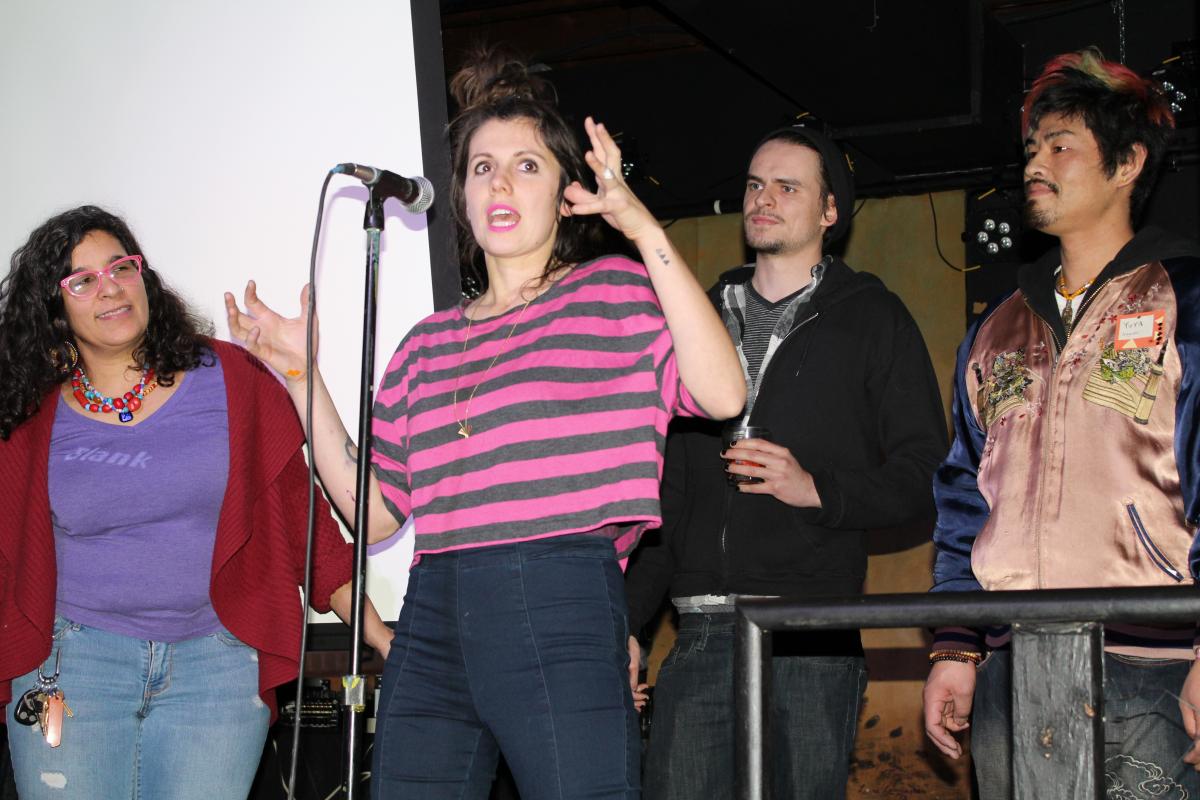 [The four muralists describing their projects at the official launch for Midway Murals at the Turf Club.]