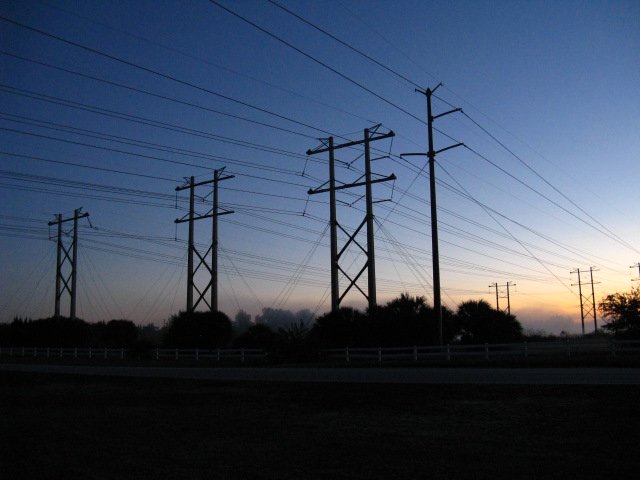 The debate over city-owned energy is heating up, and this morning (Wednesday, 8/1) the City Council will hold a public hearing on whether the question of municipal power should be added to November’s ballot for voter approval.

In a letter to its customers, Xcel Energy claimed that the cost to residents and taxpayers to acquire its property would be in the billions. Lake Street Council Executive Director Joyce Wisdom explained in separate a letter that if Minneapolis decides to create its own utilities, it would be responsible for purchasing all of the assets used to provide service in the City such as utility poles, wires, substations, and piping. She added that it would also be responsible for the cost of additional upgrades to meet environmental standards it sets.

Municipal energy advocate and Council Member Cam Gordon wrote that Boulder, CO was also quoted a billion dollar price tag by Xcel when they were looking to create a municipal utility. He stated that a more recent estimate done by the City of Boulder set the infrastructure cost at $405 million. He added that energy rates would be lower under a municipal utility as well, “Residential customers of municipal power utilities across the United States pay on average 14% lower rates than customers of investor-owned utilities.”

Last Thursday, Xcel CEO Ben Fowke told the Star Tribune that if the City formed a municipal electrical utility, the company would most likely leave Minneapolis. According to Xcel, the company has 2,500 Minneapolis employees. Fowke said, “There is not a utility in the nation that has their headquarters in a city that has municipalized.”

However, environmental coalition Minneapolis Energy Options claims that having a municipal energy would increase local jobs. It states on it’s website that, “On average, municipal utilities employ more local people than investor-­owned utilities.”

Advocates believe that a municipal utility would, as Minneapolis Energy Options describes it, “keep its [Minneapolis’] options open, rather than locking in another 20-year relationship with utilities reliant on dirty energy…” The coalition believes that a public utility would allow Minneapolis to take advantage of solar gardens, bulk purchase renewable energy, allow for real-time pricing, and block-by-block energy efficiency upgrades.

Council member Gordon stated, “The Minneapolis Climate Action Plan adopted on June 28, 2013, includes many strategies for energy efficiency and renewable energy that are not currently available through the utility service provided by Xcel Energy.” Gordon added, “Seventy-eight percent of the electricity used in Minneapolis is generated by non-renewable sources. Electricity use in Minneapolis generates over 2 million metric tons of carbon dioxide per year.”

Xcel tells a different story. In the letter to customers, the company stated, “We want to work with the city of Minneapolis to achieve its energy goals. Working together we reduced emissions by 90 percent at our Riverside generating plant in northeast Minneapolis by converting to clean-burning natural gas.” Xcel’s CEO Fowke told the Star Tribune that Xcel has reduced greenhouse gas emissions in Minnesota by 22% from 2005, and will have a 30% reduction in 2020. It is also investing in wind power, and announced that it will be adding wind farms in Minnesota and North Dakota.

A Negotiating Tool or a Future Reality?

Some advocates state that just giving the City the authority to pursue a municipal utility, even if it never materializes, is all that is needed at the negotiating table with Xcel next year when agreements with the utilities are renewed. Minneapolis Energy Options states on its website, “We’re not sure municipalization is the right choice for Minneapolis, but we want to enable and push the city to evaluate and pursue it as an option….”

However, Council Member Gordon states that the City will only be able to create a public utility if it can meet several criteria, including meeting climate change and energy efficiency goals and increasing locally generated renewable energy.

Council Member Cam Gordon and Gary Schiff both support pursuing municipal utility on the ballot. Gordon wrote, “Having the option, the authorization, to own and operate our own utility will open the doors to more positive partnerships with our existing energy producers….” Council Member Sandy Colvin Roy will be voting against the measure. She wrote in a letter, “I do not think it [a municipal utility] would provide the city or our residents who are customers with any substantial improvement to service, reliability or cost. I strongly support the city’s goal of increasing the amount of our energy that comes from clean, green, and renewable sources. I believe that we can work effectively with Xcel and CenterPoint to accomplish this.”

Lake Street Council’s Joyce Wisdom is also opposed to the measure. She stated, “Taking over the utilities is expensive, very complicated and has huge implications for the residents and businesses in the City of Minneapolis who depend on affordable and reliable electrical and gas service every day with a high level of customer service.”

Minneapolis Energy Options is a strong advocate for municipal energy, and it has the support of many neighborhood groups, including the Longfellow Community Council and the Seward Neighborhood Group.