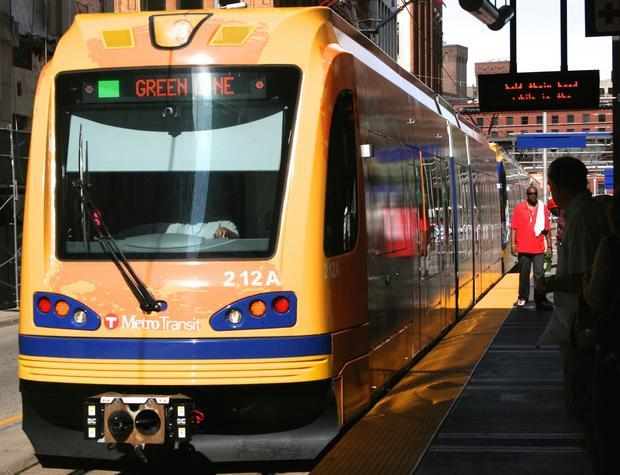 During an election campaign back in its Merry Prankster phase, an arm of the Taxpayers League of Minnesota bought billboards playing off the conventional wisdom that conservatives want more highways and progressives want more transit. In sample ballot form, it went like this: “Roads (Republican); Rail (Democrat): Don’t know (Independence); Bikes (Green)”

Not for nothing did my colleague Jeff Van Wychen dub the league the Fact Slayers. Its billboards probably weren’t true then—conservative and independent governors have signed off on light rail and progressives have laid plenty of pavement — and they certainly aren’t now. A new national poll finds that progressive voters are more supportive than conservatives of boosting road capacity to smooth traffic, and—here’s the surprise—well over half of conservatives back upgrading public transit, bike lanes and sidewalks.

While this right-of-center groundswell is seldom reflected by conservative leadership focused on shrinking the public sector (except for the military and law enforcement) at all costs, the numbers don’t lie. “Though both parties agreed traffic is a problem, Democrats were more likely than Republicans to believe that all transportation investments would help resolve it—road-versus-rail party lines be damned,” The Atlantic CITYLAB’s Eric Jaffe commented.

What’s more, he noted, most of the gaps on transportation policy between the political poles are not statistically significant. In other words, there’s much more across-the-board support for multi-modal traffic solutions than you’d gather from partisan rhetoric. Another survey documented a similar consensus on willingness to ride transit across red and blue U.S. regions.

It’s common these days to bemoan the death of America’s historic partisan accord on the transportation investments that have built our nation. At the grass-roots level, though, it never died. It behooves officials of all ideological stripes to heed the unified message on at least one issue from their supposedly divided “bases.”