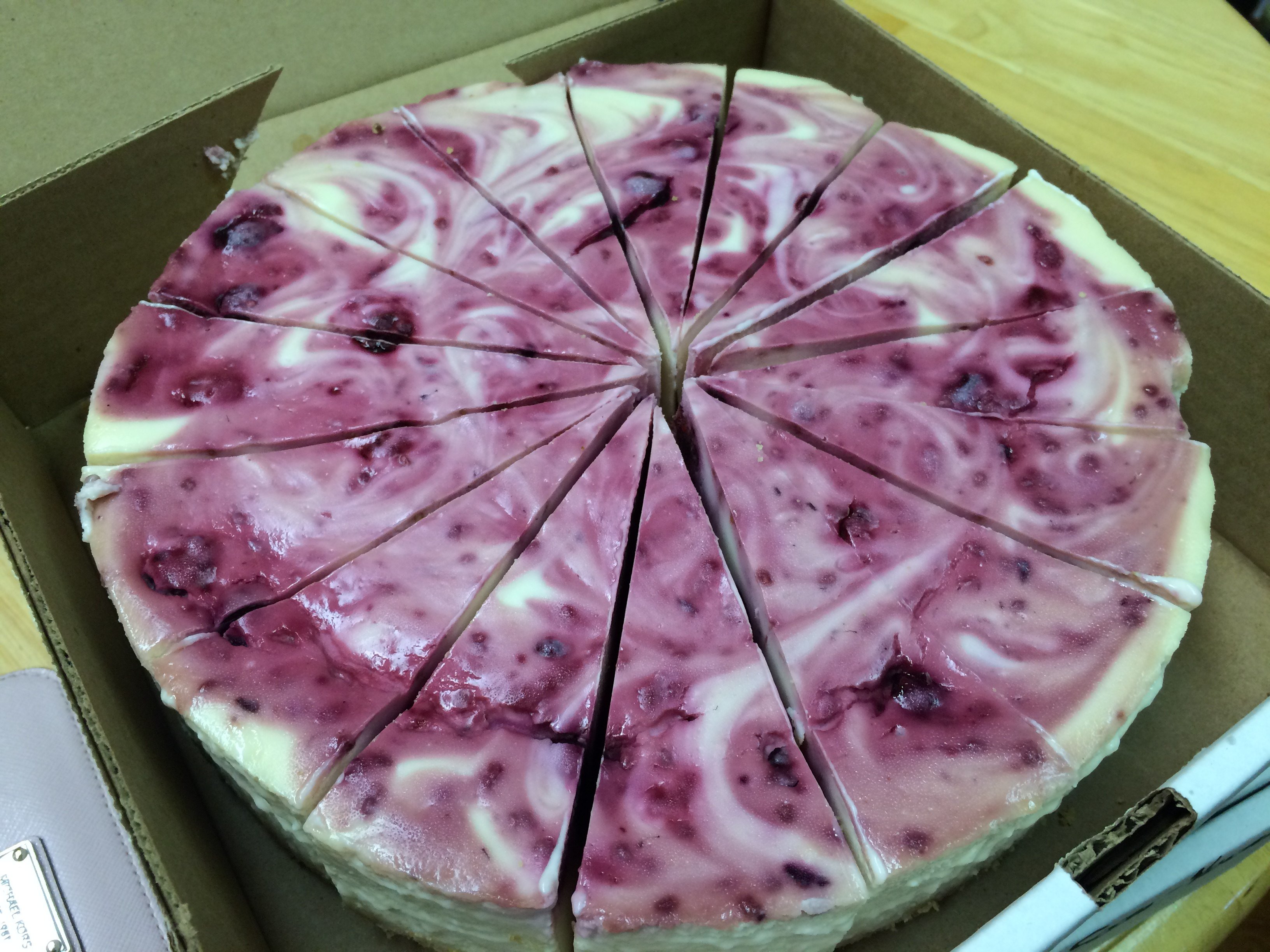 The wish for every entrepreneur is to take what he or she does best, turn it into a business, turn a profit and maybe even get noticed. Tami Cabrera has always been really, really good at making cheesecake. After being voted as “Best Cheesecake in Minnesota” many times over, Cabrera’s Muddy Paws Cheesecake were given as gifts to 800 attendees at the Emmy Awards in New York in August.

Suffice to say, Cabrera has been noticed.

It would be hard not to be noticed. Sourcing local ingredients and offering over 222 flavors including Brownie Cookie Dough, Dulce de Leche and Sour Cream Coffee Cake, what’s not to like? Additionally, Muddy Paws offers gluten-free, vegan, lactose free and sugar-free cakes. Cabrera estimates that between the different flavors, crusts and toppings, she has more than 2,100 cheesecake combinations in her portfolio – all deliciously habit forming.

Cabrera grew up in Chicago and southern Wisconsin, baking alongside her mother then working in restaurants and hotels. She moved to the Twin Cities in 1991, set up shop and soon after became the hot spot to pick up a unique gift or fabulously fattening celebratory treat.

The business end of Muddy Paws didn’t come as intuitively as life in the kitchen. Cabrera’s credit union tipped her off about a nonprofit that could put her business on the best footing – Neighborhood Development Center. She checked into NDC’s programs and found a good fit for her needs. “I was amazed at all they offered and assisted entrepreneurs with. They were easy to approach and were non-judgmental.”

Cabrera’s first experience with NDC was taking an entrepreneur training class that helped her write a business plan and begin to solidify details for opening her business, like locating a rental kitchen and open her first storefront. “NDC was there to answer all the thousands of questions that come with opening a business – they were such a great resource.”

Kathy Moriarty, Chief Administrative Officer for NDC saw in Cabrera an innate, savvy marketer. As the Kitchen Manager in the incubator that Cabrera utilized to get started, she reflected back and said, “She had a strong grip on what her business was all about and I recognized a winner immediately. It has been a treat to watch her business grow and flourish and change with the times.”

Over the years, Cabrera had to make difficult decisions, like downsizing her business from three retail shops in both Minneapolis and St. Paul to one wholesale facility off Cedar Lake Road in St. Louis Park. But the simplifying has had other benefits too: she has closer relationships with customers and has the hands-on assurance that each cheesecake is perfect. With her NDC training, she keeps a vigilant eye on her profit margins by doing as much as possible in-house, like deliveries, accounting, comparing ingredient costs to make sure she is paying the best price, and using social media as a way to advertise.

Doing what she does has many upsides: “Cheesecake customers are always happy and that makes life fun,” she said. “I love making people happy and being an example to others to not give up.”

Cabrera has a tagline, a philosophy really, that makes a lot of sense when confronted with a sweet, creamy, slightly sour confection called Chocolate Decadence.

Neighborhood Development Center is a nonprofit organization that believes in the power drive and daring of local entrepreneurs to transform lives and revitalize neighborhoods. In its 21-year history, NDC has provided business training to more than 4,500 potential entrepreneurs and nearly 500 loans totaling more than $10 million in financing. For more information: call 651-291-2480 or www.NDC-mn.org.