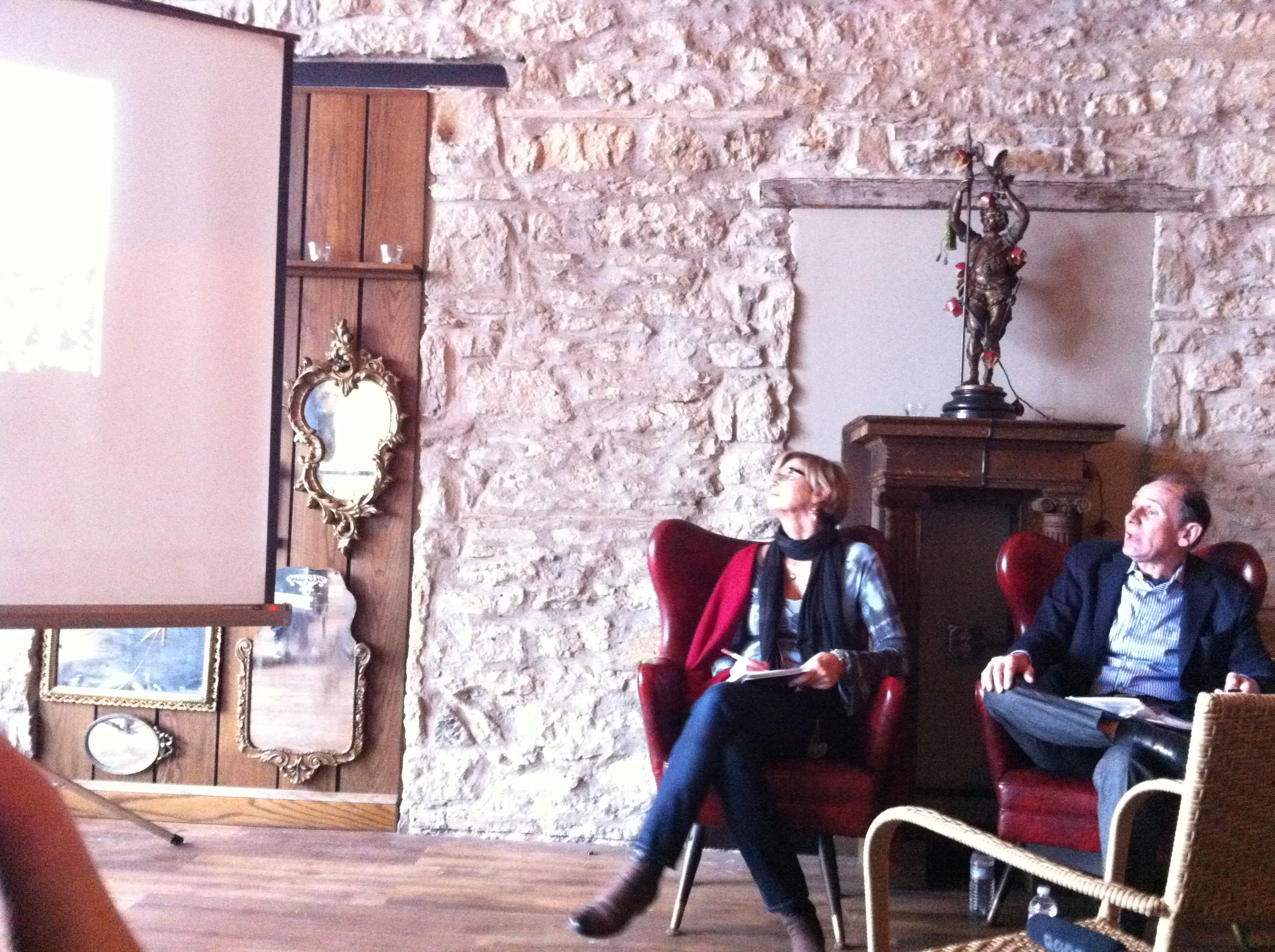 Being at a film festival when you have a chance to settle into it and focus only on organizing your schedule and moving from one cinema to another, is a world of its own. Most people come for as many films as they can and join the lines in the foyers.  For filmmakers, guests, gold and silver pass holders the place to be when you have a little longer break is the lounge on the second floor. Munchies, coffee, a few sofas in an empty, freshly renovated room (last year it was a borrowed office) are the privileges you buy with the pass. The best part, however, are the recommendations you get from the other film fanatics (many profess to viewing up to 70 films in the two weeks. There is not kinder word than fanatic. Extreme fans, at the least)

The Friday night recommendations from the true fans include:

The Door – big star cast (Helen Mirren, Martina Gedeck) and famous Hungarian director István Szabó. A German friend of mine was a little confused as to why it was shown in English. In the end, English is the common language of the actresses, and the director chose actresses over linguistic authenticity.  Shows again on Sunday at 4/14 7:15.

You Ain’t Seen Nothin Yet – This may be the last film Alain Resnais makes, one of the so- called Left Bank group of the French Nouvelle Vague (Agnes Varda is the only one still alive –  Jacques Demy died in 1990 and Chis Marker died just a few weeks ago) so you should go. Reason enough.  Sunday at 4/14 9:30

For me, Saturday started with a fabulous surprise and ended with an inspired singalong.

Made in Ash – this year’s Slovakian Oscar submission was a gem. Ostensibly a verité gritty tale of the high school graduate leaving the Slovak Romany village to work in a sewing factory (almost sweatshop) near the German border but who then falls into a more risky eploitative situation that is painful to watch. What makes it extraordinary are subtle filmic details:  jerky shots of her standing on the square so her boyfriend can watch her on the security cam online, diffuse obstruction to scenes you didn’t want to see in detail, and sweetly animated, child/teen drawings of unicorns and princes who morph into the sexually charged versions of this new world that is threatening her innocence. A subtly beautiful mix added to a sordid tale that otherwise seems more like a documentary than a narrative film. Screens again on Tuesday 4/16 at 7:30.

The “panel” at 2pm was really two powerpoint presentations and a conversation with Liz Armstrong, curator of the the exhibition More Real: Art in the Age of Truthiness at the MIA  and Bruce Jenkins, a former curator at the Walker, now at the School of the Art Institute in Chicago.  After presenting, they opened the conversation up to the audience and discussed how we understand multiple perspectives, the plurality of narratives in many films, truthiness, and the ecstatic truth.  Panels and discussions are a welcomed addition to the film festival, where Q&A sessions can be too short or superficial. This conversation/discussion which will be available online in the next few days for a chance to dig into the substance of the festival.

Finally, my day ended with William Eigen’s Pete and Toshi Get A Camera.  Pete Seeger and his family spent 11 months traveling the world and filming music when enclaves of artists were still largely isolated. Eigen describes the film in this short clip.  Eigen is a  Minneapolis filmmaker whose film on Harry Belafonte was picked up by HBO in 2011 and led to the March 2012 Regis Dialogue at the Walker Art Center.

As the credits were rolling, the enthusiastic festival audience was heard, in Seeger tradition, singing along with “We Shall Overcome,”  even changing to humming as Seeger tried to teach the non-English speaking audience he was performing to in the clip.  Bravo was heard when the credits were done. Keep an eye out for this film’s return to a local venue.

And, Al Milgrom is in Berlin and should be home soon. Festival staffers hear from him almost daily. More about that tomorrow.