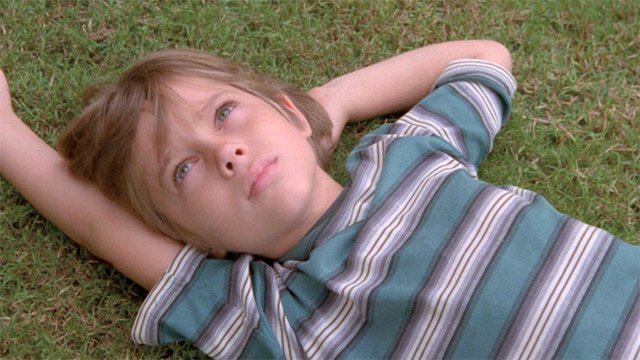 The Minneapolis St. Paul International Film Festival‘s vibe is different this year. I am not really sure how to describe it–maybe a veneer of professionalism. Less rough and tumble, more polish, less scrappy local flair, but still the clear commitment to the diversity of the film world. One thing remains, unlike big festivals, there are no press conferences with visiting filmmakers and actors, but rather a cozy Q&A in the cinema. They did however add the logo-laden backdrop common at big festivals to the area behind the  panelists.  As I chatted with the staff, one clear technical change this year is that there are no 35mm prints being shown. Last year there were six. The year before, I remember one filmmaker worried about the safe projection of his 16 mm film. Shipping of 35mm prints is extremely expensive, so a world of film options is open in this brave new world of technology. The world is officially 100% digital.

I asked Eric Wilson, the quiet organizer extraordinaire, to answer a few questions about this year’s MSPIFF:

My general impression is that things are changing, moving, evolving. The offices, the vibe of the MSPIFF feels different–and in some ways more successful. Can you back that up? What were you working at changing, specific choices?
We’d like to think that things are evolving for the better! Over the last few years, we’ve made significant efforts to grow our membership, get better organized, and really increase our reach around the globe. As our audiences continue to grow, we’re better positioned both as a resource for Minnesota filmmakers to reach a national/international audience, and for national/international filmmakers to premiere their films here in MN.

Success of the break down into voices? Whose idea? Reasoning behind? Cinema Latina?
The Voices categories are working really well. We’ve heard great responses from people who find them really useful when choosing a film to see. They’re not meant to be a replacement for our curated film programs that our audiences have come to know over the last 30+ years (World Cinema, New American Visions, Documentary, etc)–they’re an additional way for audiences, both new and returning, to discover a film that speaks to them.

I came up with this idea last summer after a conversation with some friends about how any film festival can seem daunting to people who don’t feel like film experts (myself included, mind you). The idea is that while many of our attendees certainly approach the festival in the mindset of seeing a film from X, Y, or Z countries, others approach it by asking themselves “what kind of film do I want to see tonight?” The Voices categories help the answer that question.

Cine Latino is part of an ongoing series of regionally-specific film programs that take place both as a part of the Minneapolis St. Paul International Film Festival in the spring, and a stand-alone series in the fall. The films in Cine Latino have all been wildly successful, with enthusiastic audiences and great attendance. People are coming to these films that we’ve never seen in our theatre before, and that’s just fantastic. Watch for Cine Latino to come back in Fall 2014!

Minnesota Made–how is that mission being fulfilled? How are those films chosen? What gets rejected?
Let’s talk about what gets selected instead of what gets rejected. Craig Rice, our Minnesota Made Programmer holds each of the Minnesota films he selects to the same standards as Jesse Bishop and our other Festival programmers hold each international film. Craig has worked tirelessly over the last few years to increase the visibility of our Minnesota Made program, and his efforts really show. The crop of films from MN is really strong this year, and I’m sure that trend will continue into the future.

Next year? Lessons learned?
There are always things to be learned and tweaks to be made so the festival runs better, both for audiences and for staff! We’re constantly learning from the new realities of digital exhibition, which will continue to evolve and shape the film going experience. Hosting the festival at off-site venues (Northrop, Walker Art Center) was a great opportunity for us to think broadly about the festival, from ticketing to accessibility. We’ll continue to improve on how we offer new audiences the unique opportunity to see films that may not otherwise come to the Twin Cities.

Coming up at the MSPIFF

This year, the buzz is around Boyhood , which follows director Richard Linklater’s son grow up from 2000-2012, on Thursday, April 17. You have to assume this will come to the regular theaters, or at least to the Film Society, so if you can’t make it then don’t fret too much.

If you have a smart phone and you are willing to risk it, download the IRIS app for the movie App and go on Saturday night to the Best Buy Theater in the Northrup Building. Given that the character of the app in the movie is invasive, I’m be wary of uploading the app, but who wants to miss seeing the first Second Screen film.

If you want to focus on what is special to the film festival, don’t miss the MN Music Videos which include videos with Doomtree and Dessa.