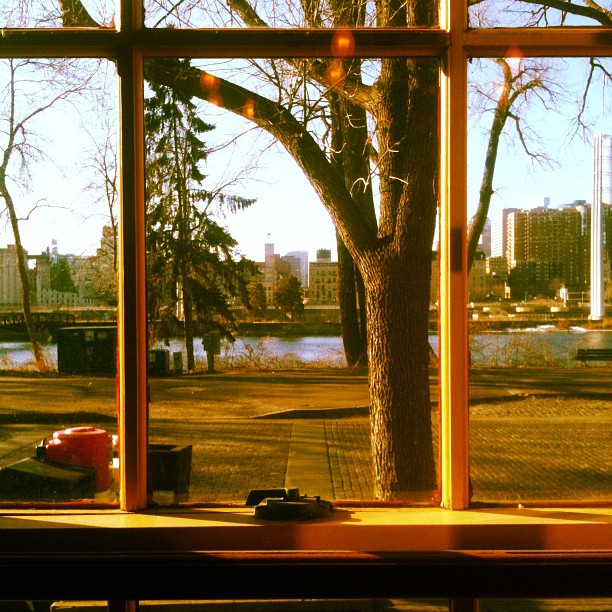 The 22-day marathon of MSPIFF winds down with Thursday’s closing night film, the Lebanese dramedy Where Do We Go Now?, which has been receiving acclaim from festivals worldwide. It will surely be a hit and cap off another successful MSPIFF, proving again its appeal the biggest arts events in the Twin Cities every April (and early indications are that the festival broke attendance records). Having the majority of the festival in the five screens of St. Anthony Main has not only improved MSPIFF tremendously but has been one of the driving factors for audiences coming down early, staying later, and often coming back for days and days. Almost as fun as watching the films is stopping at the Aster Café and Pracna during the festival to interact with fellow movie-lovers, restaurant staffers and visiting filmmakers talking about being in the Twin Cities for the first time or about their love of being back here.

Every year, though, I have the same feeling around the end of the festival: I wish I could have seen more films, although I feel satisfied with seeing 37 of this year’s films (many seen pre-festival). It does also continue to be a great place to strike up conversations with anyone or everyone as many people collide with ideas, thoughts, and funny anecdotes about what they have seen or what they have heard from others. And this came into play for me last Saturday evening. I’m not one to eavesdrop on conversations, but walking down Main Street to the theater, I overheard two women talking. They appeared to be heading to one of the restaurants on the strip when one said, “Maybe we could go to a movie after dinner? I think most of the movies aren’t in English, and I don’t know if I want to read subtitles.” The other women replied, “Well, I just passed my Italian proficiency test, so if we saw an Italian film, I could probably follow it.” Part of me wanted to chuckle, another part wanted to roll my eyes, and another part wanted to slap my forehead in disbelief, but mostly, it was rather sad to hear and left me a bit angry.

This (overheard) conversation allowed me to ruminate on the importance on MSPIFF and what it brings to the state and the Twin Cities.  The festival experience of seeing or at least having the opportunity to see films that may never come to the Twin Cities and will never be available at a Redbox anytime soon should be enough of a reason for people to come to the festival regardless of whether any given film has subtitles or is from Slovakia. I mean, it is an “international” film festival, so of course there are going to be subtitled films since not everyone in the world speaks English or lives in New York or Los Angeles—and you might need to pay closer attention and follow the story or subject more in-depth than something as trite as This Means War. Your conversation after a film like TMW might go something like this: “Who looked better in his suit, Tom Hardy or Chris Pine?” and that might be the start and finish to that debate.

Those who saw Andrei Zvyagintsev’s dark Russian slow burn thriller Elena, on the other hand, could engage in conversations that could potentially last longer than the actual running time of the film. It could also lead to questions like, “How on earth could she have ever done that?” leading to an endless exchange of insightful, intelligent and difficult dialogue, rather than a bland “yes or no” answer.

Speaking with different patrons throughout the festival, most of them had nothing but positive remarks to say about their “festival” and what they have seen or what they wished they had walked out of after the first 20 minutes. I asked roughly a dozen people, including a few of the Gold Pass holders, who use their vacation time to take in the entire fest, and their thoughts on having 280 films, lasting 22 days. Most of the responses were “the more films the better!” or “it’s nice they added another week.”

I, on the other hand, still remain skeptical about having 280 films or a festival lasting over three weeks, since so many films do not get enough attention, or get buried in the program and are left on the wayside. No matter how many films you see over the course of three weeks, you are guaranteed to miss one you overlooked, could not schedule, or conflicted with another screening—or perhaps film festival fatigue set in after day 14, and at that point, you may see something that is shorter than 90 minutes or starts at 7 p.m. instead of 9:45 p.m. on a Monday evening. I might be in the minority with this notion of having more films and a longer festival, but if your hardcore cinephiles are asking for more and keep showing up, than give them what they want, I suppose. Just know that many films deserving attention get lost in the shuffle.

So as the festival continues growing each year, more people turn up with anticipation and bedazzlement as others will continue to shy away because of factors such as: subtitles, unknown film titles, films hailing from countries people have never heard of and could not find on a map and that don’t star Reese Witherspoon or Adam Sandler. And all I can add is: I guess that’s their loss, while thrill-seekers like me and many others gain get to witness something unforgettable, going to back-to-back screenings, day after day, morning, noon, and night leaving us with small or large stories we’ll treasure for a few minutes, a few hours, or for years to come.  So with the last festival film (an appropriate title for a closing night film, if you ask me) screening this Thursday, Where Do We Go Now? might leave us feeling nostalgic about the past three weeks—or maybe trying to remember where we parked.

Photo: View from the Aster Cafe, by Jay Gabler