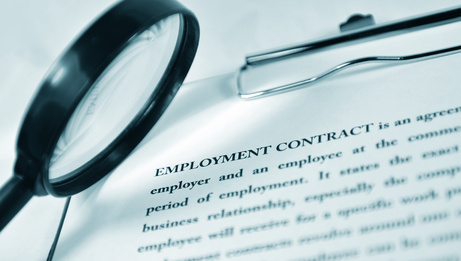 Is collaboration good or bad? While teacher contract negotiations between the Minneapolis Public Schools district (MPS) and the Minneapolis Federation of Teachers (MFT) have been dragging on forever, teachers and administrators are pretty darn respectful of each other, and agree on a number of issues. That doesn’t sit well with some critics, who think there’s too much collaboration and not enough conflict.

Lynnell Mickelsen of Put Kids First criticizes what she characterizes as a close relationship between the two sides, saying that they’ve completely left out the “third voice” of people who want major changes, including changes in the current seniority system. “It takes collaboration to a whole other level. It’s not good for democracy,” she said.

The problem, Mickelsen, is that, “MFT controls the majority of the board.” As evidence, she points to the action of some new board members who signed a letter last year on MFT letterhead. “Look at what this board did. It’s an utter failure of leadership.”

On Wednesday, MFT offered its latest proposal for the teacher contract, and on Saturday, MPS presented its counterproposal. The two sides are pretty close in a number of respects. Both MFT and the district seem to be agreeing to a 40-hour defined workweek, an increase of 15 minutes per day over the current 38.75-hour week. The district has yet to reveal how teachers will be compensated for the extra hours, but said in its proposal “compensation for the additional time will be embedded within the new salary schedule.”

One of the big things that the district has been asking for is additional instructional time for all schools and for “high priority schools” in particular. High priority schools are lower-performing schools designated for special focus to raise student achievement. Various reports have said there are 16 or 20 schools in this category.

Mickelsen is not impressed with the extra school days that were proposed by MFT. “Schools like Harvest Prep and Hiawatha are giving students 35 to 40 percent more instruction time. The students receive almost three extra years of education. If you get the best staff, and increase instruction time, you can make enormous gains.”

“Our district proposes a 2-5 percent increase. It’s just not serious.”

Harvest Prep’s model relies on a lot of teacher hours — an article in the Minnesota Spokesman-Recorder said their teachers are expected to work 60-hour weeks.

“Clearly time is at the core of what we’re talking about,” Dan Loewenson of MPS said during the negotiation session. “We’re trying to put 10 ounces of batter into a nine ounce bundt pan…We have to get down to the core.” He admitted that many MPS teachers already work 60 hours in a week.

Disagreement about the layoff and placement process continues. The district would like to see some modifications in the high priority schools, but the MFT has not agreed.

The layoff process and placement of “excessed” teachers are closely related issues. (See What’s at Stake: Evaluation, discipline, placement and improving teaching in Minneapolis.) MFT proposed on Wednesday that only six schools who received federal Student Improvement Grants — Edison, Bethune, Hmong International Academy, Lucy Laney, Broadway and Wellstone — would go through a pilot program to modify the placement protocol, but the district wants the pilot to pertain to all of the high priority schools.

After seeing MFT’s proposal on Wednesday, Mickelsen said, “I don’t seen anything in this contract to celebrate. It’s a slam dunk for the status quo and business as usual.”

Put Kids First was one of the grassroots organizers behind the Contract for Student Achievement initiative, which focused on retention of more good teachers and dismissal of poorly performing teachers. The organization has been highly critical of the seniority and placement system, which they say doesn’t keep the best teachers in the schools.

The one concession on the forced placement issue that MFT proposed on Wednesday would be a pilot program with “a few tweaks to the policy at six schools that are getting federal school improvement grants,” said Mickelsen. But the “tweaks” to the current system “aren’t even close” to the changes that Put Kids First requested, she said.

“The school board asked for nothing, and they’re getting almost nothing. There are no major changes,” she said.

“Placement has gotten a bad name,” said Lynn Nordgren. “95 percent of teachers who are being placed — it’s not an issue at all with performance quality of skill.”

“The thought is people don’t want these teachers,” said Nordgren. “That’s not true… We hear from principals — Wow, these are great teachers. There’s a whole variety of reasons they need to be placed. We want to make sure we keep these teachers… If 30 people are applying for a position, it doesn’t mean that 29 are not good.,” Nordgren said

According to Nordgren, in the last round of PAR three teachers were found to be “not up to snuff,” and were placed. Those teachers are now longer in public schools.

“We have a process in place,” said Nordgren. “We help some people get better. And some people don’t. Some people are unable to improve their practice.” For those, not all result in a statistic, because instead of getting laid off, they require or quit, according to Nordgren. “We counsel them out,” she said. “We’ve counseled people out in a very respectful way.”

The district and MFT also agreed on a “clean slate” for high priority schools, which would reduce required initiatives, easing teacher workloads. They also agreed on reduced class sizes of 21 students in K-3 classes. The district hasn’t agreed to the MFT request for class sizes of 24 students for grades four and five or the requested 125 students per instructor for grades 6-12.

Both the district and MFT seem to be on the same page when it comes to teachers having a professional voice. The district has agreed to MFT’s request to have an ombudsperson to deal with problem solving, and supports MFT’s Problem Solving Protocol. The district also stated that they agree to reinstating the Professional Leadership Team that would address issues throughout the year.

After a contract agreement is reached, MFT will take it back to teachers for a ratification vote. Mickelsen thinks the school board should also go to the public, to see what they think.

To critics of MFT, Nordgren said: “It’s unfortunate that we’ve had some folks misrepresenting what has been happening.” The negotiations, she said, have been “quite positive,” with a “focus on the students.”

“Teachers and students are at the core of the work,” said Nordgren. “That’s where the rubber hits the road. Whatever you do, it has to be good for students and fair for teachers.”