Senior Professional Engineer Annika Bankston describes one of the early parts of the process in turning Mississippi water into drinking water for the city of Minneapolis on Monday at the Fridley Water Treatment Plant in Northeast Minneapolis. (Photos by Marisa Wojcik)

In the city of Minneapolis’ constant effort to improve its drinking water, city officials are again turning to University of Minnesota researchers for help.

The Minneapolis City Council’s Transportation and Public Works Committee approved a $170,000 contract Feb. 28 to continue a collaborative research effort between the University and the city for another two years in hopes the research can help improve water quality.

The research, which originally began in 2010, studies ways to improve the water’s taste and odor by analyzing two water treatment techniques — powder-activated carbon and granular-activated carbon.

PAC, a powder that is meticulously added to the water early on in the treatment process essentially absorbs odor-causing compounds and improves taste. It is one of the main treatment techniques the city currently uses. 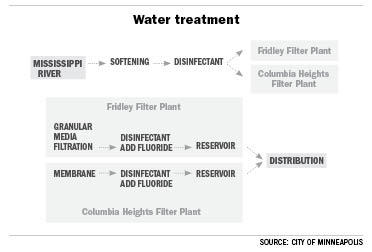 GAC is similar to a Brita filter and improves taste and odor like the PAC, but it also filters out unwanted materials.

Annika Bankston, a professional engineer with the city, said the GAC system will likely replace the PAC within 10 years — part of a larger city effort to update its aging water facilities. Currently, the city is running a pilot program with the University for the GAC system.

Ray Hozalski, a University professor and principal investigator in this research, explained that GAC adds extra layers of protection beyond what meets the eye.

“There is a lot going on in these [GAC] filters that are beneficial. They’re biologically active so they allow for bacteria to grow, which eats harmful compounds in the water,” Hozalski said. “You get kind of a double bang for your buck.”

For the past two years, University researchers like Hozalski have looked at ways to optimize the city’s use of PAC by analyzing when, where and how the PAC should be added in the treatment process.

Hozalski said the new research will start to focus on the cost effectiveness of GAC since much of the PAC research is complete.

The city of St. Paul switched to a GAC system in 2006 after years of help from Hozalski and other University researchers.

Bankston said Minneapolis enlists the help of University researchers because the city doesn’t have the time or the expertise to tackle the challenges of testing new water filtration systems.

She said one of the main aspects of the research looks at optimal ways to improve taste and odor.

“Taste and odor has been a significant goal for us to improve … It’s something we take very seriously,” Bankston said.

She added that taste and odor are particularly challenging for the city because the city’s water source is the Mississippi River and not an underground source. Water found above ground is not naturally filtered and is constantly changing in smell, temperature and clearness. 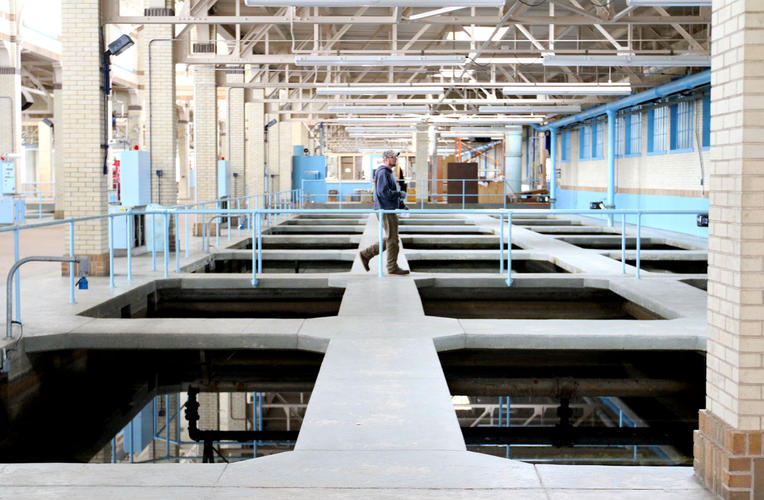 The filtration building at the Fridley Water Treatment Plant is one of the last stops in the process for cleaning water before it is sent out to Minneapolis. 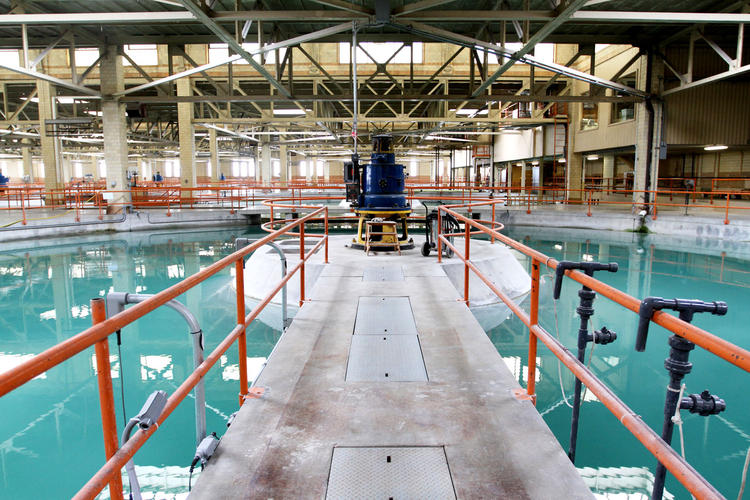 Pools hold water in one of the early steps of the water treatment process at the Fridley Water Treatment Plant. The pools, called spaulding precipitators, filter out organic waste.

City Councilman Kevin Reich, vice chairman on the Transportation and Public Works Committee, said the research effort is symbolic of the city’s commitment to improving drinking-water quality in the city.

Minneapolis’ water department was ranked the 10th best in the nation in 2009 by the Environmental Working Group. Those rankings were based off of the number of pollutants and chemicals found in the water.

“We really want to be a leader and push the envelope around our city’s reputation in terms of water quality,” Reich said.