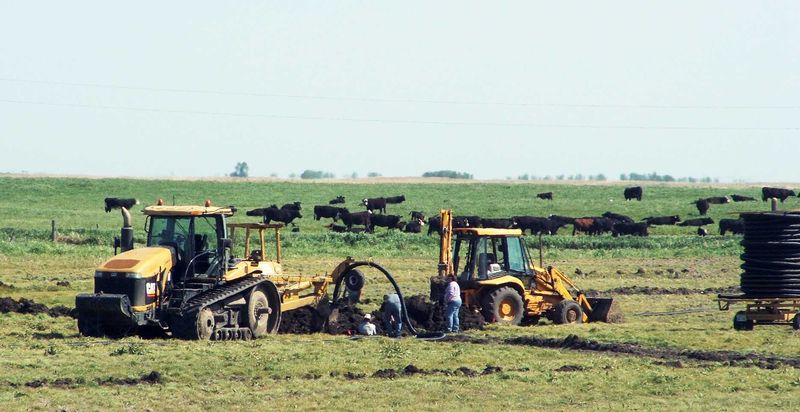 Released on the heels of heavy rainfall across the state, the Minnesota Pollution Control Agency (MPCA) released the findings of its study of nitrogen in surface waters today, right around the time that the Supreme Court released its landmark decision repealing the so-called Defense of Marriage Act.

It’s no wonder that coverage of the study–which is fairly damning about the impact of commercial fertilizer used in production crop agriculture–was lost in the applause.

But the study is worth paying attention to, because it addresses the sources of Minnesota’s contribution to the Gulf of Mexico’s hypoxia issue–that dead zone we keep hearing about. But the problem isn’t just harming the Gulf, but our own drinking water and fish habitat.

. . .The report says if farmers optimized standard best management practices, they could reduce nitrogen pollution by up to 35 percent. The practices include applying fertilizer at the optimal time and in optimal amounts, planting perennials along streams, treating tile drainage waters, planting cover crops in the fall, and converting marginal land to perennial vegetation. But national groups working on the dead zone problem in the Gulf of Mexico say reductions closer to 45 percent are needed.

Several environmental groups hailed the report as an important step toward cleaner water. But Whitney Clark, executive director of Friends of the Mississippi River, said the report makes it clear than current approaches are not working.

“The state appears to have committed itself to the voluntary approach,” he said, “and many of us have been arguing that we’ve tried voluntary approaches since the Great Depression, and current practices don’t work.”

Farmers are exempt from regulation under the Clean Water Act, but at least two Minnesota statutes might supply legal backing for regulation. . . .

Nitrogen contamination in the southern half of Minnesota is so severe that 27 percent of the state’s lakes and rivers could not be used as drinking water, according to a new and unexpectedly blunt assessment of the state’s most prevalent form of water pollution.

The Minnesota Pollution Control Agency (MPCA) said Wednesday that, overall, 41 percent of Minnesota’s streams and lakes have excessive nitrogen, all of them in the state’s southern and central regions. The nutrient, which is used as fertilizer in agriculture and comes from wastewater treatment plants, can be toxic to fish and other forms of aquatic life. It is a primary cause of the vast oxygen-depleted area in the Gulf of Mexico known as the dead zone.

Even ambitious efforts could reduce nitrogen runoff by less than a third — and that would cost hundreds of millions of dollars, primarily in the agricultural regions of the state that contribute 70 percent of the total load, according to the MPCA’s report.

Check out both stories and read the report. It’s worth the effort in order to understand that the talking points distributed by some ag groups are simply hollow air.

Here’s a factsheet from the MPCA: