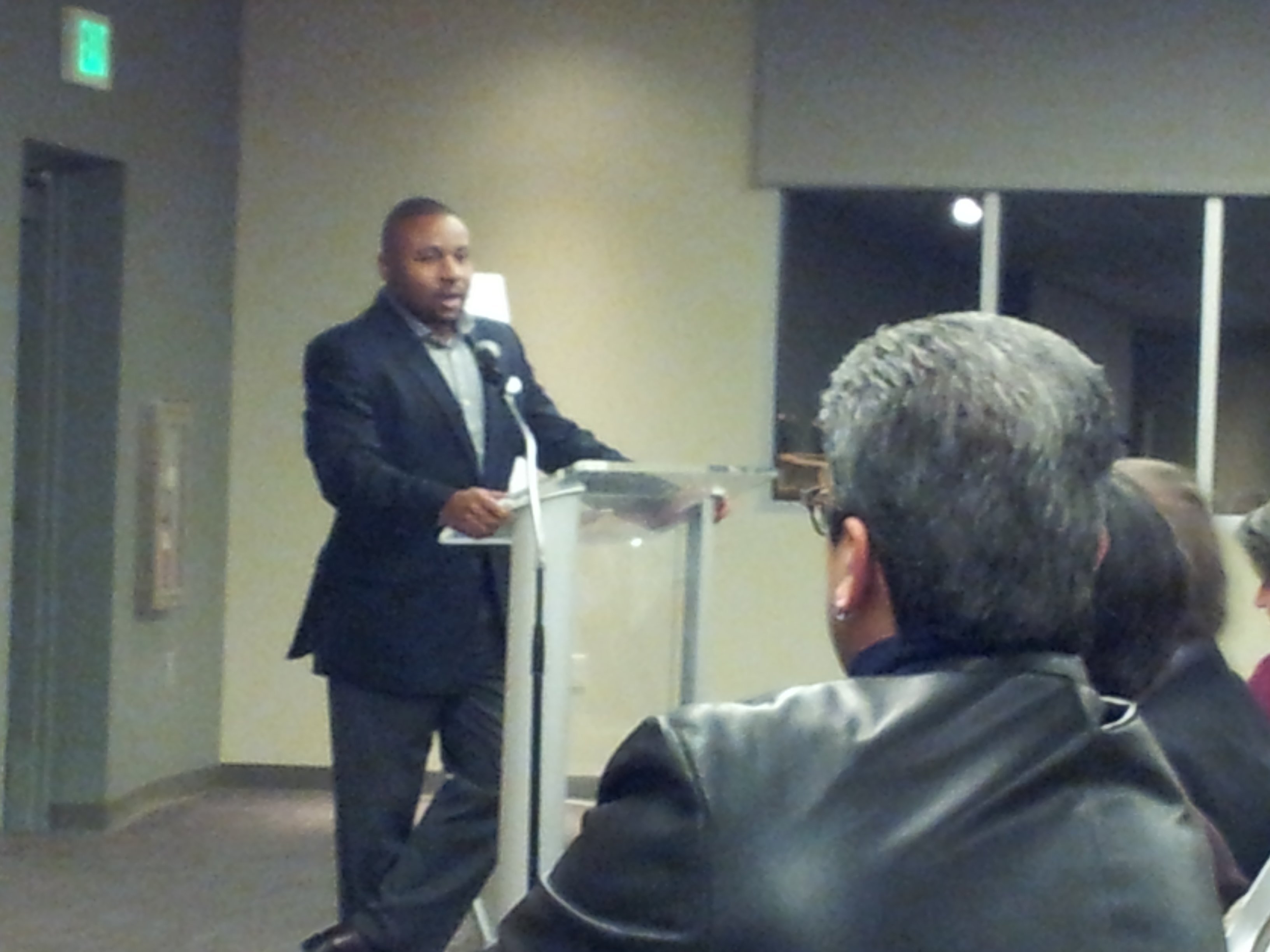 Should we, as a society, shift our focus from “standards-based reforms” in our schools to a “supports-based” approach?

Dr. John Jackson, president of the Schott Foundation for Public Education, thinks so. On October 22, at the invitation of Parents United for All Public Schools, he gave a talk in St. Paul that outlined his argument that our schools need supports-based solutions for students just as much as they need standards.

A crowd of around one hundred people, including state legislators and the heads of both the Minneapolis and St. Paul teachers’ unions, turned out to hear Dr. Jackson speak, and introduce the Schott Foundation’s latest initiative, called the “Education Declaration.” This declaration has a distinctly pro-public school bent, stating, for example, that, “We believe good schools are essential to democracy and prosperity—and that it is our collective responsibility to educate all children, not just a fortunate few.”

On the topic of our “collective responsibility” to educate all children, Dr. Jackson spoke about how, according to another Schott Foundation report, in 36 out of 50 states, African American males have the lowest high school graduation rates; in the other 12 states, they have the second lowest rates, just above those of Latino males.

While these numbers are disturbing, Dr. Jackson made the point that race is not to place blame for these low success rates. Instead, he spoke of states such as North Dakota and Vermont, which have very low populations of black students; in these states, where students can not be as easily segregated by race because of their low numbers, black students have graduation rates equal to that of white students.

Therefore, Dr. Jackson asked the audience to think about education in terms of the opportunities and support we currently provide to students, and what we must begin to provide for them, if we want all students to succeed. To do this, he said, we must “create policy drivers” that will implement real change in our schools.

For example, Dr. Jackson noted that, currently, when a child or group of children is identified as being below grade level academically, the answer is frequently to shift the student to a different school, or perhaps to close the whole school. Instead, Dr. Jackson argued, schools should work on giving each child a “personal opportunity plan” geared to assessing and working on each child’s individual needs. Dr. Jackson also advocated for state-funded, paid mentors for children in need. He pointed out that states pay for probation officers to keep young offenders in line. Could they not be persuaded to pay for mentors to help keep children in school?

Regarding the influence of standards in our schools, Dr. Jackson said that we have had “standards-based reforms” since the publication of “A Nation at Risk” in 1983. While he said he is not “anti-standards,” he spoke of the message some students seem to get that tells them, “You are not meeting the standards, so you’ve got to go.” Instead, he said, if we are going to have such things as the “Common Core” standards, then we should also have “Common Core” supports that help schools “meet the needs of all those who walk through the door.”