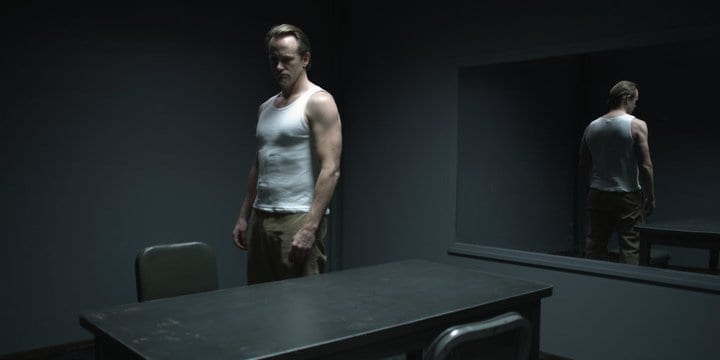 PARK CITY, UTAH—The idea of going to the Sundance and Slamdance film festivals each January is not only to cram in as many screenings as possible, but to have the opportunity to be the first to discover exciting new talent. As I mentioned in my Sundance preview, many filmmakers, actors, writers and producers first get noticed at Sundance. But there’s another great festival that happens simultaneously: Slamdance.

Slamdance was founded in 1995, also in Park City, Utah. Its formula for film selections is a good one: programmed by filmmakers, for filmmakers. There are some notable films that premiered at Slamdance and have been acquired and distributed not only in the U.S., but also around the world. In 2005, the dance documentary Mad Hot Ballroom was picked up by Paramount; in 2007, Seth Gordon’s documentary The King of Kong: A Fistful of Quarters was picked up and went on to be released in theaters later that year. It was one of my favorite films of 2007. The biggest discovery of Slamdance was without a doubt in 2008 when Oren Peli’s Paranormal Activity was picked up by Paramount; by now, everyone probably knows the rest of the story of the film’s release in October of 2008. Paranormal Activity was made for around $15,000 and went on to gross $107 million in the U.S., $194 million worldwide.

This year, I wasn’t able to catch as many films at Slamdance as I would have liked, but I did see the sneaky “gets under your skin” thriller Silver Tongues, and it wouldn’t surprise me if the film gets picked up and released in theaters, or even became available via video-on-demand, by year’s end. Silver Tongues features great performances by Lee Tergesen (best known for his riveting work as Tobias Beecher on HBO’s Oz) and Enid Graham (mostly a Broadway actor, but recently appearing as Michael Shannon’s wife on HBO’s Boardwalk Empire). They star as a couple who find ways into other people’s lives, for better or worse—in this case, mostly worse. The film takes a different approach to the cat-and-mouse thriller, where the viewers are invited into their daily routine finding subjects and manipulating them to different degrees, which becomes a game to them. Silver Tongues makes no apologizes for Gerry (Tergeson) and Joan (Graham) creating and destroying lives within in minutes, and you can’t decide whether you enjoy spending time with them or are disgusted with their behavior. Silver Tongues is never predictable and leaves plenty for audiences to think about well after the credits have rolled.

As new discoveries go, the film’s Scottish editor/writer/director Simon Arthur makes a great case for becoming a new talent worth discovering, and I’m already looking forward to his next film. Arthur first made Silver Tongues as a short film only to expand on his short for his feature-length directorial debut with more games, deception, terse dialogue, and nervous laughter. I had the opportunity to interview Arthur and Tergeson the day before the world premiere of Silver Tongues and both were happy to talk about the film. It was a definite highlight of my trip.

The first question I proposed to Arthur (Tegersen joined the interview at about the 9½-minute point; wait until you hear Tegersen’s friend from Laguna) was how did he come up with the idea for the story and why did he want to expand his short film into a feature length?

Press the play button below to hear the interview. Warning: Interview includes some coarse language.