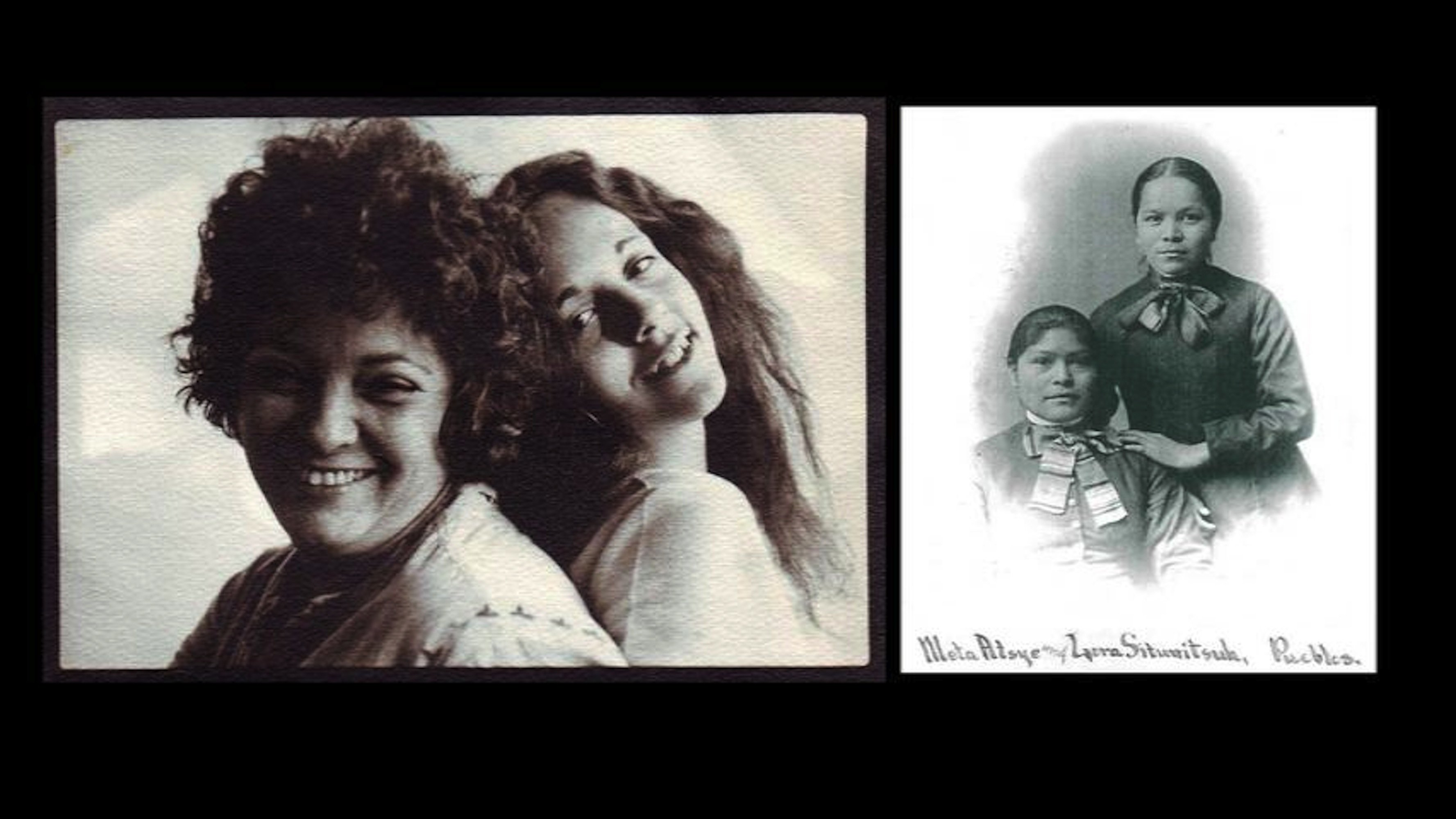 Paula and Lauralee and Paula's great grandmother and a friend. From Paula's personal collection.

Thought Woman: The Life and Ideas of Paula Gunn Allen premiered on November 1 at the Pangea World Theater in Minneapolis. The film is the result of local filmmaker Ellen Hinchcliffe’s multi-year journey to interview and honor one of her intellectual heroines.

“Native American thought, struggle, resistance, all of it becomes a side issue that gets added on to other ideas – like we have an environmental movement [and it’s] ‘Oh, let’s listen to the Native people because they’re so close to nature,’” she said. “These things get really oversimplified and I hope that this film can be part of… a recentering of who are we listening to and what ideas are we building any sense of creating a better world from.”

Hinchcliffe had been aware of Allen’s work for twenty years before finally contacting the well-known indigenous thinker and author in 2007.

“I had noticed a lack of media representation around her, as, to me, such an incredibly important thinker,” said Hinchcliffe of the inspiring forces behind the creation of the film.

Allen responded to Hinchcliffe’s email almost immediately. The two continued communicating and eventually decided that Hinchcliffe would travel to Allen’s home in Fort Bragg, California, where they began the filming and interviewing process in September of 2007.

“I didn’t want it to only be focused on the arc of her life story because I think her ideas and the life of her ideas seems really important as well,” said Hinchcliffe about the direction of the film. “I tried to make that choice between her as a person and her as a thinker, trying to find the place between those two things.”

The fifty-five minute film is a mix of interviews with Allen, dramatic readings of her poetry and essays, excerpts from a 1991 New Dimensions Radio interview with Allen, footage of the Cubero land grant, and stills of various subjects, from landscapes to photographs of individuals who attended the Annual International Two-Spirit Gathering in New York state this year. Jade Red Moon, Allen’s granddaughter, provided artwork that is featured throughout the film and Allen’s daughter, Lauralee Brown, performed in the film’s soundtrack. Music was also provided by Sharon Day, the Executive Director of the Indigenous Peoples Task Force in Minneapolis, and the Neeconis Woman Singers.

Allen was born in 1939 to parents of Laguna Pueblo, Lebanese, Metis, and Scottish descent. She was raised on the Cubero land grant in New Mexico. Allen was a prolific author and published theoretical and historical texts, essay compilations, and poetry collections. She was a prominent author in the fields of Native American feminism and indigenous approaches to literary criticism. Her last published work, Pocahontas: Medicine Woman, Spy, Entrepreneur, Diplomat, was nominated for the Pulitzer Prize. During her career, she taught at a number of prominent universities in the southwest and California, finally retiring from the University of California, Los Angeles in 1999.

After their initial set of interviews in the fall of 2007, Allen and Hinchcliffe made plans to continue filming and wanted to travel to New Mexico and New England to explore areas fundamental to Allen and her published works. However, Allen passed away in May of 2008 after a long struggle with illness. The film was put on hold until the spring of 2012. At that point, Hinchcliffe raised money on the crowdfunding platform Indiegogo to film Allen’s childhood home in New Mexico. She also connected with Brown and traveled to interview her and visit Allen’s grave.

Hinchcliffe hopes the film inspires people from all backgrounds to delve into Allen’s many published works.

“Her work is really important and vast, and it could be extremely useful to people who are trying to make change in this country and still finding it very difficult to figure out how… [to] affect the things.. [they] actually want to affect.”

Hinchcliffe also sees the film as part of a movement to value and hear thinkers from many different lived experiences.

“[We should be] holding onto that history, not just for history’s sake, but because they’re important and amazingly useful thinkers,” she said.

Hinchcliffe plans to continue to look for venues to show the film, and is especially interested in traveling with the piece to help facilitate discussions about Allen’s work and life. For more information about screening the film, visit Hinchcliffe’s website or contact her at fierceshimmer@gmail.com.

Paula and Lauralee and Paula's great grandmother and a friend. From Paula's personal collection.