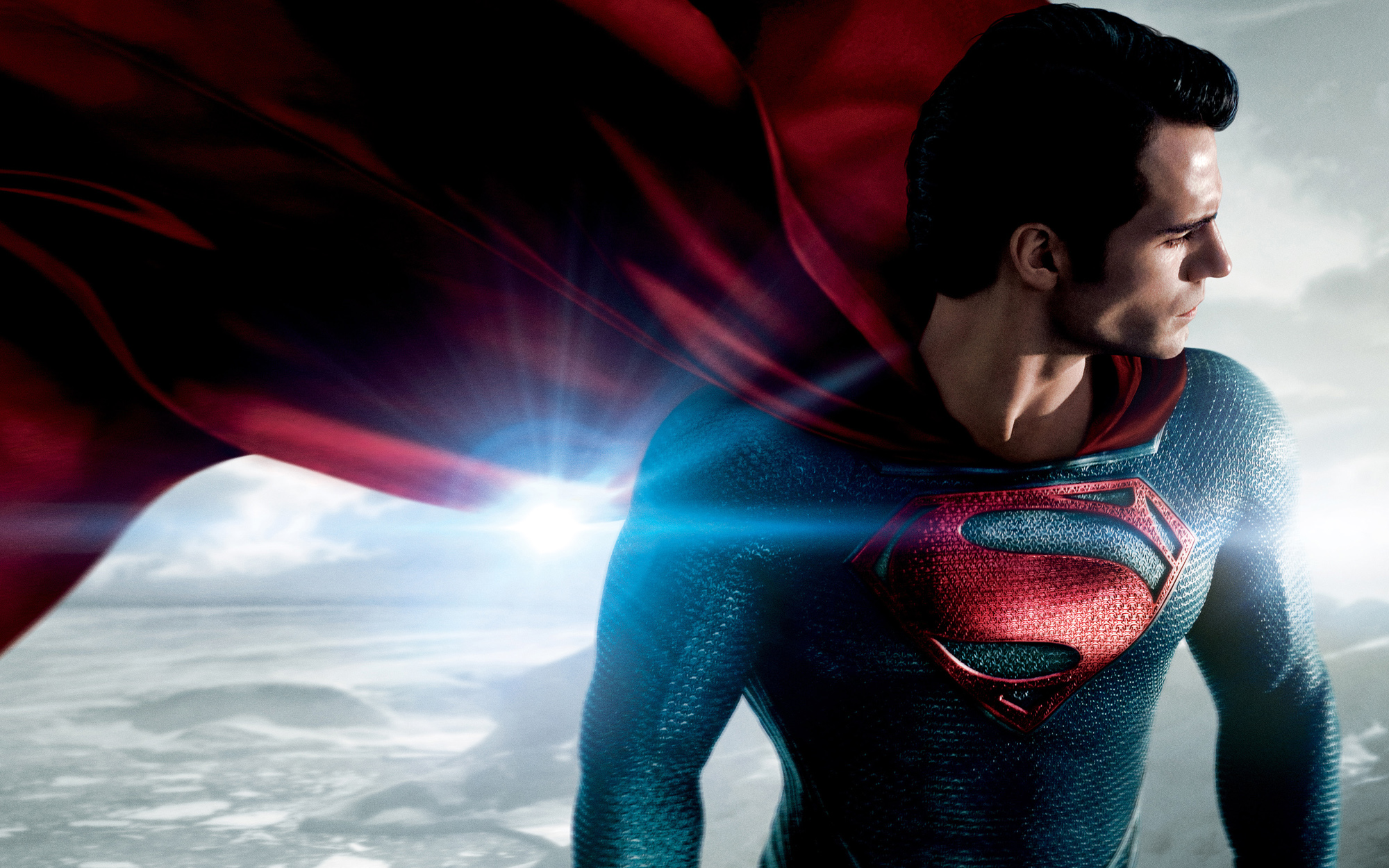 Somewhere near the end of Man of Steel, my girlfriend leaned over and whispered to me, “I can’t believe this movie isn’t over yet.” Neither could I—especially given that it hadn’t even really started yet.

True, the movie had been going on for two-plus hours in the sense that images representing objects moving through space had been projected on the screen. In the slightly less technical sense, though, a movie doesn’t really start until it introduces characters who exist in a coherent universe functioning under some manner of constraint. It then continues with the introduction of circumstances that force the characters to make choices and develop. In Man of Steel, no characters ever have to make choices, so in a sense, they never actually exist.

To be fair, Superman is a tough guy to work with. He has abilities so far beyond the scope of mortal humans that you can’t meaningfully challenge him without dragging up some detritus from his destroyed home planet. He’s lost his parents, but they died nobly and dropped him into the cornfield of an equally perfect set of foster parents. His mission: to save humans from themselves…oh wait! That would potentially be interesting. Instead, let’s give him some evil alien invaders that he’ll have no choice but to beat on for 143 minutes.

That’s a lot of movie, and it didn’t come cheap: $225 million, which works out to about $26,000 a second. Much of that budget goes to depicting alien technology that looks like a faded fifth-generation photocopy of the biomechanical nightmare that H.R. Giger designed for Alien. Some of it, though, goes to a genuinely impressive achievement by director Zack Snyder: this movie gives us a Superman who moves like we’ve never seen a Superman move before, hurtling vertiginously through space like a cannonball.

The detail that this would be a Superman who creates realistic sonic booms was given away in the early teaser trailers, which also conveyed a sense of the visual lyricism this movie somehow summons amidst the ruins of its plot. There are beautiful moments here, and if they were tied to an actual story, this could have been a stunning film. As it is, the movie is largely a slog.

Man of Steel‘s failings are apparent immediately, as little Kal-el is born to Russell Crowe and his wife with their eyes on a living aluminum effigy of the emerging fetus. Their planet, Krypton, is dying, its inhabitants having drained its core to produce—among other things, like hyperdrives and orbiting wormholes—a communications system that conveys meaning by way of animated Art Deco sculptures. At other times, Kryptonians communicate telepathically by way of remove to an imaginary universe equipped with life-size symbols representing the concepts being discussed. To get the idea, imagine if TED Talks had a home planet.

Crowe infuses the newborn with the DNA of all Kryptonians ever (if you think the Polaroid of you bare-assed in your crib is embarrassing, imagine how this kid is going to feel about his infant genitalia having been seen in wall-sized 3D by millions of people around the world) and shoots him to Earth—but not before Snyder and screenwriter David S. Goyer give Crowe half a movie of his own to battle General Zod (Michael Shannon) with giant dragonflies and such.

Finally the damn planet blows up, and we remove to a terrestrial oil rig, where Superman in his civvies saves a helicopter full of union workers and experiences the first of many flashbacks to his Smallville youth. Here, Goyer and Snyder find the seed of what might have been an engaging movie: young Clark Kent discovers his superpowers, but is held in restraint by his stepdad (Kevin Costner), who urges his adopted son to wait to reveal himself until the time is right.

We get to see the boy (played by two young actors with names they’ll hate their agents for, Dylan Sprayberry and Cooper Timberline) demonstrate his powers of self-control, but to what end? No one on Earth can harm him, which means that the “right time” to reveal himself is not when he achieves psychological maturity or when the Earth’s populace becomes enlightened, but rather, when a ship full of hostile aliens arrive to hold all of humanity hostage. (They commandeer the global communications network for this purpose, occasioning the priceless line, “They’re coming through the RSS feeds!” In the filmmakers’ defense, I guess you wouldn’t expect hostile aliens who have been frozen in another dimension for 20,000 years to know whether their ominous threats are compatible with the latest version of Mac Mail.)

Having made the tough call that the plausible threat of humanity being terraformed out of existence is the right moment to finally don his cape, Superman (Henry Cavill) floats forth to be traded as a prisoner among various parties that don’t really know what to do with him. Lois Lane (Amy Adams), the reporter who’s discerned the hero’s secret, comes along for reasons that must have made some sense at some stage of the editing process. Eventually (if this is a spoiler, you’ve never seen any movie ever made) he busts out and must halt the terraforming, fight the aliens, and create a black hole that will consume precisely the right amount of mass before conveniently shutting off.

Man of Steel was co-produced by Christopher Nolan, who also co-wrote the story that reportedly existed before Goyer mashed it into the bunch of disconnected words that served as the immediate basis for the film. Nolan transformed the superhero genre with his Dark Knight trilogy, which combined stunning action sequences with compelling psychodrama, and Man of Steel seemed positioned to give Superman the same treatment. There isn’t a shred of drama or suspense in this narrative, though; nor are even the most obvious opportunities for character development given any more than a passing glance.

That could work if the filmmakers embraced the simple popcorn pleasures; Snyder and Goyer, however, will not be convinced they’re not making a Best Picture contender, so they make Man of Steel even worse by drenching the whole thing in the kind of ponderous speechifying that gets a little tedious even in the Dark Knight movies, where it involves dynamic characters who are actually making difficult choices. This film’s few attempts to have any fun whatsoever with the material are so fleeting that they’re depressing, like the handful of marshmallows your little brother left in box of Lucky Charms when he went through and tried to eat all of them.

This is the second straight failed reboot of the Superman film franchise since the classic Christopher Reeve films of the 1970s and 80s. That series turned into a sad parody of itself by the third and fourth installments, but Superman II (1980) sits along Nolan’s The Dark Knight (2008) near the top of most lists of the best superhero movies ever. That Superman also had a General Zod, embodied by the blessedly dry Terence Stamp; a Lois Lane, played by the wonderful Margot Kidder; and a Clark Kent, played by the appealingly modest Christopher Reeve.

The new Superman movies (including Bryan Singer’s deadly dull 2006 Superman Returns) seem to think that Reeve was the Roger Moore of Supermans, and they now need to correct course with a Timothy Dalton. Actually, Reeve was Superman’s Sean Connery, taking things seriously enough to create plausible drama while also winking at his situation’s absurdity. Connery was the Bond you wanted to hang out with, and wanted to sleep with, and wanted to see again.

In the do, dump, and marry of big-screen Supermans, Reeve would definitely be the “marry”; Brandon Routh of Superman Returns would probably be the “dump”; and I guess the chiseled Cavill would be the “do.” That is, as long as you’re willing to spend two and a half hours with a guy who’s convinced you’re having a profound emotional experience when actually, you’re just getting screwed.