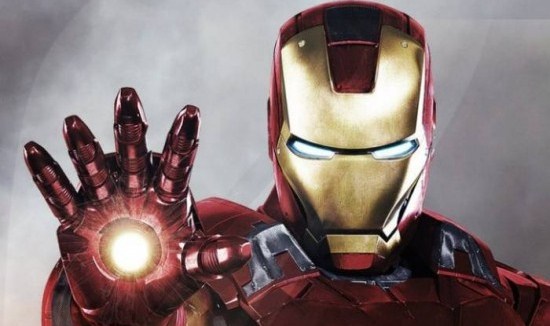 You can see what they were thinking with Iron Man 3. After the escalating robotic carnage of the first two films in the franchise, followed by the grand fracas of The Avengers—in which Iron Man went through a wormhole to another part of the universe, then plopped back down to the pavement just in time for happy hour at Guy Fieri’s—it must have seemed like it was time for a relatively low-key outing, getting Robert Downey Jr. out of the suit and going back to basics. Maybe a subplot involving a cute kid.

This Iron Man, though, is all too earthbound—both literally and in the sense of the action-movie clichés that it wearily rehashes. The villain is a zero, the romance is a snooze, the cute kid is a paper doll. To paraphrase a much more entertaining action-movie kid, there’s no time for love, Mr. Stark.

Except that there is, because the forces of evil here are so meandering that not only are they vulnerable to some personal-security gadgets Tony Stark buys at Home Depot, the bad guys wait around for Stark to buy the gadgets and rig ‘em up. (Guess whose idea the jury-rigged contraptions are, and if you don’t guess “the cute kid,” then Iron Man 3 will surprise and delight you.)

The face of evil in this film is “the Mandarin,” a classic Iron Man villain whose original incarnation was about as racist as it sounds, but who’s been cleverly updated in a manner that will please most—though it left some (coincidentally white) trufans at a preview screening howling. I could have used a lot more of the Mandarin, played by a Ben Kingsley who’s been outfitted to resemble a vaguely Asian extremist but who delivers his lines like Johnny Cash trying to imitate William S. Burroughs.

Unfortunately, instead of letting the Sexy Beast have it out in a fistfight with Iron Man, screenwriters Drew Pearce and Shane Black give the heavy lifting to a second villain, played by Guy Pearce looking like a skinny Val Kilmer but making us wish Black (who directs) had just gone ahead and cast the fat Val Kilmer. Speaking of actors of wildly variable weight, Jon Favreau is onscreen here reprising the character he originated in the previous films—but his flair behind the camera is sorely missed.

Though it’s a disappointment, Iron Man 3 isn’t a bad film. It has more than its share of sharp moments, and Downey (who, like Ali McGraw in Love Story, looks younger and haler the closer his character gets to death) is still the best super-antihero since Christopher Reeve blew out the Olympic Flame. As his love interest, recently-anointed Most Beautiful Woman in the World Gwyneth Paltrow has no memorable scenes except a climactic trapped-in-the-wreckage moment that does for her abs what The Loves of Hercules did for Jayne Mansfield’s breasts, demonstrating once again that the sports bra is the new Wonder Bra.

The series’ refreshingly sardonic snap has simply become less refreshing—and less snappy. Like Green Lantern (a much, much, much worse movie), this is a superhero film that contains a metaphor for its own failure. As the compulsively constructing Tony Stark well knows, when you keep trying to replicate and improve an invention, no matter how wonderful the original model was and no matter how many cool features you add, you’re bound to eventually turn out a clinker.