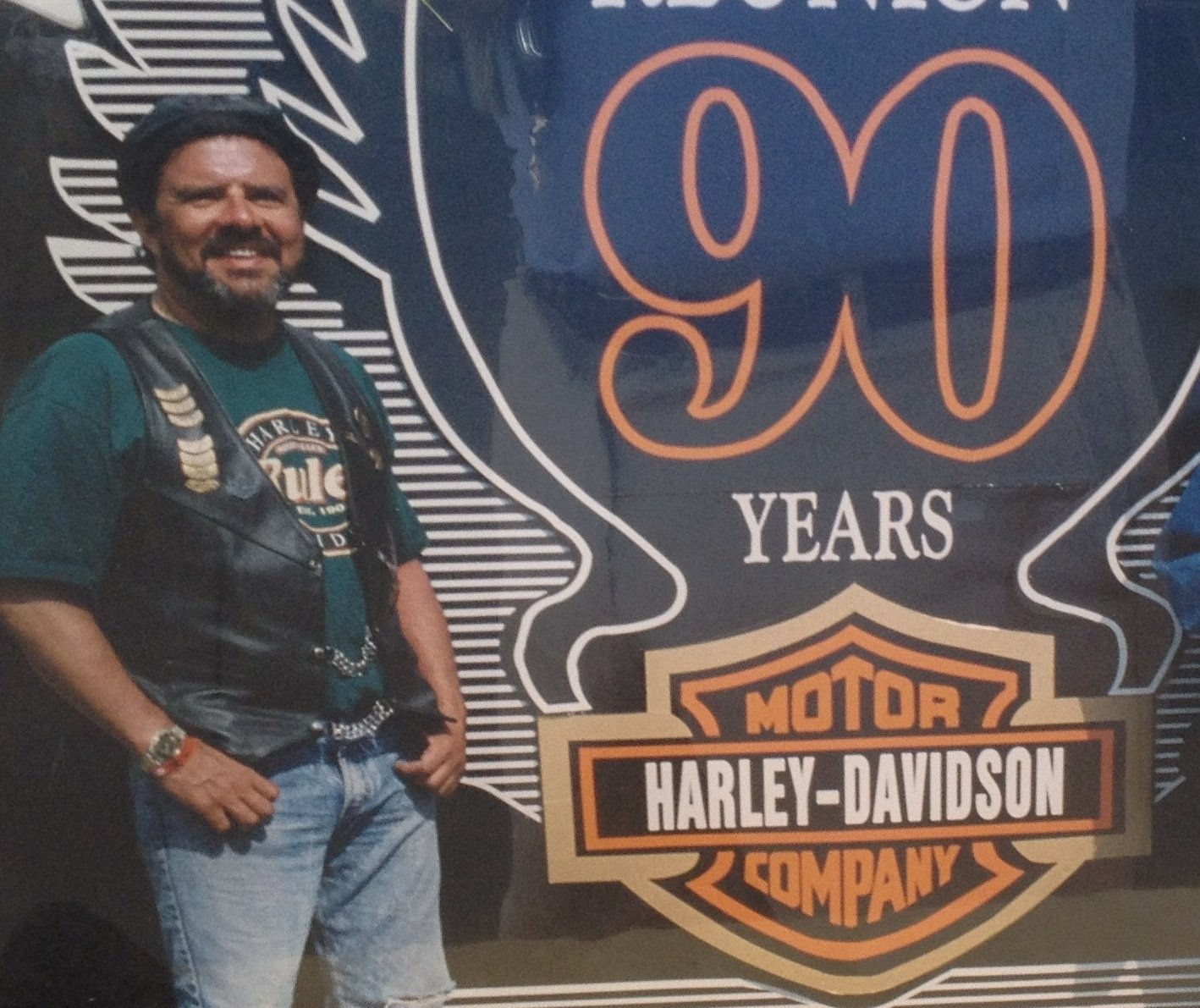 Ron McKinley loved motorcycles, and he loved to laugh. He especially loved riding Harley-Davidson motorcycles around the country. He also was a wonderfully effective mentor and advocate for expanding opportunity and justice.

Some of his happiest moments were riding his Harley, and attending events with others who enjoyed them (Photo courtesy of the McKinley Family)

But sadly, several weeks ago, McKinley, 64, of St. Paul, died after a motorcycle accident in Washington State.

An Illinois native and St. Olaf graduate, McKinley identified with his Mescalero Apache heritage. As his memorial service program explained, “His positions included vice president of the St. Paul Companies Foundation, founding director of the Minnesota Minority Education Partnership, coordinator of American Indian Programs for Macalester College and executive director of the National Network of Grantmakers. He was also active in Native Americans in Philanthropy.”

He also was a board member of many groups, including Mixed Blood Theater Group, Headwater Foundation for Justice, Minneapolis Planning Commission, the Minnesota Council on Foundations, and Migizi Communications.

Elaine Salinas, director of Migizi Communications, on whose board he served, told me “Ron had a tremendous need and capacity to live life to the fullest. He devoted his life to and his work to championing social justice and making the world a better place. He was a generous and caring man who brought tremendous value to every endeavor.

A recent outdoor memorial service at Lake Como attracted literally hundreds of people. There was enormous racial diversity – American Indian, African American, Asian American, Hispanic and white – among the hundreds who attended. McKinley modeled a life of inclusion. With grants, contracts, meetings, workshops and mentoring, he worked with a vast array of people.

An eagle soared over Lake Como as the service started. For some of us who attended, that eagle was a reminder of McKinley’s spirit … continuing to inspire.

During that service, Minnesota State Rep. Carlos Mariani described how McKinley helped young people, including himself: “He was a mentor, a friend, a guide.”  Mariani told people at the memorial: “It is a good day. Not because Ron is gone but because he was here and, having been here, he left us with a good legacy of social justice and inclusive opportunity.”

McKinley took his world seriously, but never himself. He was a wonderful leader, teacher and advocate who helped many directly, and helped many by training others to continue and carry forward his work.

Sometimes, at the end of our conversations, McKinley would say to me, “Keep going, and keep smiling.” Though he experienced some injustice and pushed hard for change, he retained a positive outlook. He laughed easily and often.

Part of the memorial ceremony was singing the 1960s hit “Get Together.” That song’s chorus is an apt description of McKinley’s work:  “C’mon people, now/ Smile on your brother / Ev’rybody get together / Try to love one another right now.”

McKinley’s sister Anita told hundreds of people at the service, “He loved life and wanted simply to make things better for others.”  A wife, two children, a brother and sister survive him.

Ron McKinley helped move the human race forward. He helped many people learn how to continue that work.