Last Sunday was the Solemnity of the Most Holy Trinity in the Catholic Church.

Explaining the doctrine of the Trinity seems always to be a difficult task: how do you take a doctrinal belief – “Father, Son, Holy Ghost” as we learned it – and make into something understandable.

Our Priest, retired, a regular celebrant for us, did a pretty decent job simplifying the belief into a series of human relationships: parent-child; sibling-sibling; general relationship to all that surrounds us – Father, Son, Spirit. At least, that is how I heard his message, and I listen pretty carefully to sermons, good, bad or indifferent.

I have no beef with beliefs. We all have them, about any number of things.

But there are limits, and from time to time I run into abuses.

And shortly before I knew last Sunday was Trinity Sunday, I was thinking about another very unholy Trinity: “Truth”, Belief, and Power.

Perhaps this started a week or two earlier when I stopped by the ND Church where I had been confirmed in 1955.

Outside was a well kept sign announcing facts about the Church. Here’s the church and the sign. 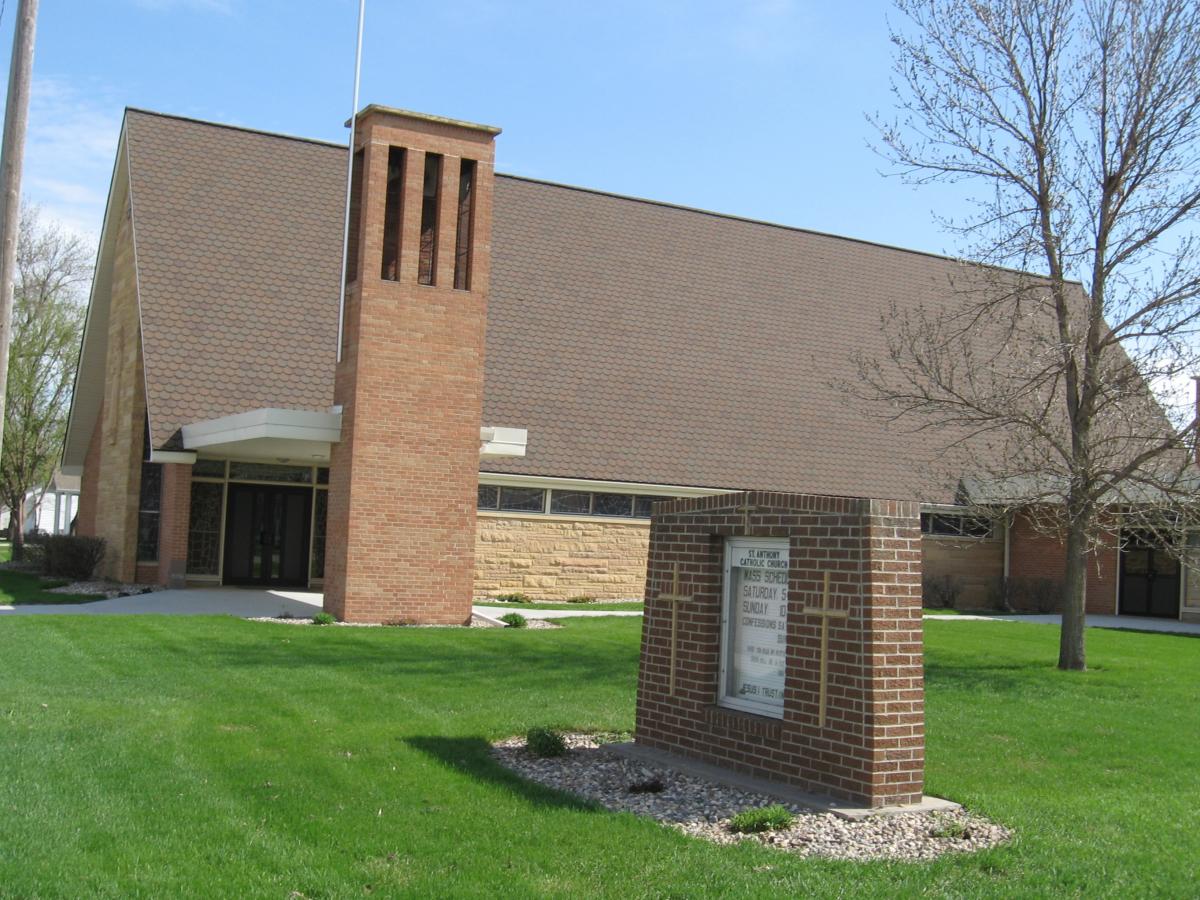 In the display area of the sign – you can just make it out at the bottom – was this phrase:

Have you read my bestseller?

There will be a test.

I wondered who authorized this “quote”. I presume the “bestseller” is the Bible, and I wondered what questions the writer would have on the “test”, and what the correct answers might be.

But mostly, I wondered, what presumptions did the writer make about what “God” believed, or even was. Everything about God is, after all, a belief, too.

I went on my way and reached my destination and the next day went to daily Mass with a valued relative in the nearby Catholic Church. The Priest, who is a person I like a lot, gave an earnest sermon very heavy on what he felt was “truth”.

By itself, that would have passed over, but a couple hours earlier I’d read a rather strange comment in the May 17, 2013 Fargo Forum: the headline read “[ND Congressman] Rep. Cramer links abortion, school shootings in speech“.

Now, that grabbed my attention. Turned out it was at commencement exercises at a Catholic College in Bismarck ND and “in an interview…Cramer said he was trying to convey a message centered on speaking the truth about today’s culture.”

What the Representative was really speaking about was his belief about what truth might be (or, more cynically, what he hoped his listeners would translate into votes for him next election). Worse, he was speaking from a position of temporal power: the single Congressperson for an entire state, professing to act for 700,000 or so citizens.

Visit over, I came home, mulling this whole topic over in my mind. Belief, Truth, Power is a horrible combination, including for the ones temporarily holding temporal (or religious) power.

At least, mostly, as reflected by the fine Priest at Mass last Sunday, on matters like the “Most Holy Trinity”, even my very fallible Church accepts that beliefs are just that: beliefs beyond clear and certain understanding.

But there are no end to the examples of this Unholy Trinity in our contemporary society, including within the powerful in my Church’s hierarchy.

To the person who put up that sign suggesting God’s command to the reader; to the folks obsessed with exercising temporal power to impose their beliefs, and declare what absolute “objective” “truth” is; I wish all of them would be dismissed for what they are. Charlatans and frauds.