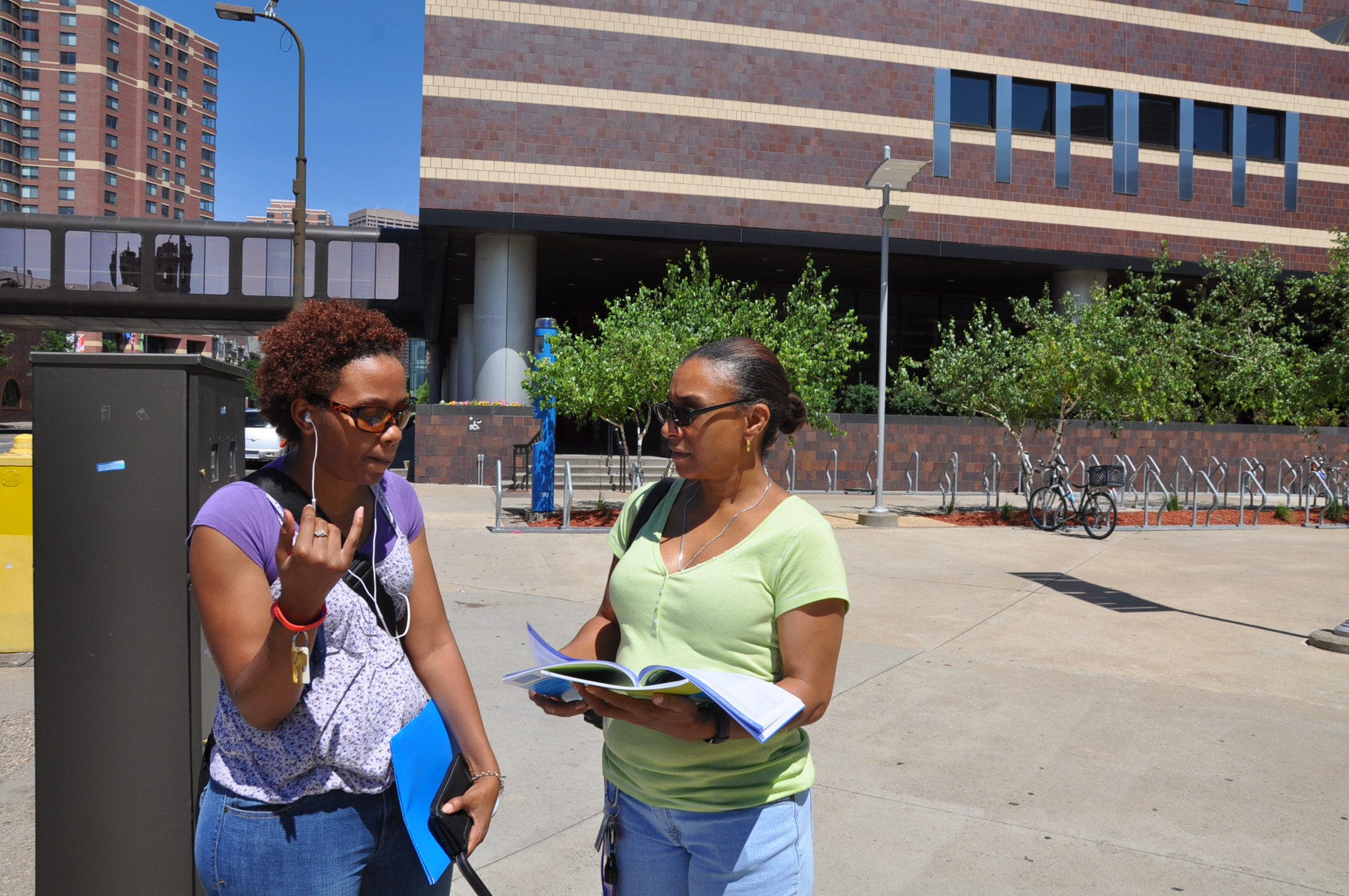 In last week’s story, one former and two current faculty members questioned MCTC’s commitment to creating a diverse faculty. What may contribute to a lack of confidence in the college’s efforts is that while these and other concerned faculty members envision a faculty that reflects their student body, the college’s administration, under criteria set by the overall Minnesota State Colleges and Universities (MnSCU) system, has no obligation to create such an environment.

Second in a series. Last week: Students of color now the majority at Minneapolis Community and Technical College

Diana Cusick is director of legal affairs for MCTC. In that capacity, she oversees the school’s Affirmative Action and Equal Opportunity goals. All MnSCU colleges and universities are required to submit Affirmative Action plans every two years using State documentation that divides the Minnesota workforce into Affirmative Action categories.

“If the data show that there is a greater percentage in an Affirmative Action category [in the Minnesota workforce] than we have here working [at MCTC], then we have what is called ‘underutilization’ for that category.”

According to the 2010-2012 documentation, of the 168 professional faculty positions, 22 minorities (13.1 percent) were required to meet Affirmative Action goals. Yet, 30 (17.9 percent) were actually employed by MCTC. All MnSCU institutions have an obligation to meet the percentage of employees available in the Minnesota workforce for all staff positions.

Census data is used to determine goals, and this year, using more current 2010 census data may cause goals to change. But it is neither the State nor the student population that is the main driver determining the number of faculty of color required to meet Affirmative Action goals. It is the number of people of color “that would be going to graduate school, completing graduate education and becoming available in the demographic area to work in any of these positions,” Cusick says.

So, while concerned faculty seek hiring goals for faculty of color based on a student population that is 53 percent of color and rising, administrators adhere to a MnSCU policy based on the number of qualified people of color presumed available in the Minnesota workforce, currently estimated at 13 percent — a sizable gap of 40 percent.

MCTC does not have hiring goals specific to its campus, but Cusick says regardless of the workforce analysis, they have a commitment to increasing diversity among staff and faculty. Over the past year, there have been 18 vacant faculty positions. “Out of those 18, we’ve had nine of those searches completed, and the rate of diversity of those positions has been 75 percent,” says Keith Balaski, MCTC human resources director. Along with the in-state search, there were national searches as well. Two of the nine hired candidates came from outside of the state.

Skelly also says, “Our hiring rates of faculty of color and employees of color are very strong — the highest among our Minnesota State Colleges and Universities peers… Not unlike many, many institutions across the country, we are striving to hire employees that reflect our student population.”

African Americans are currently 5.2 percent of Minnesota’s population, and according to recent census data, six percent have graduate degrees. “It’s not an easy thing,” Cusick says, “yet MCTC continues to grow and improve and increase our percentage of faculty of color despite those odds.” 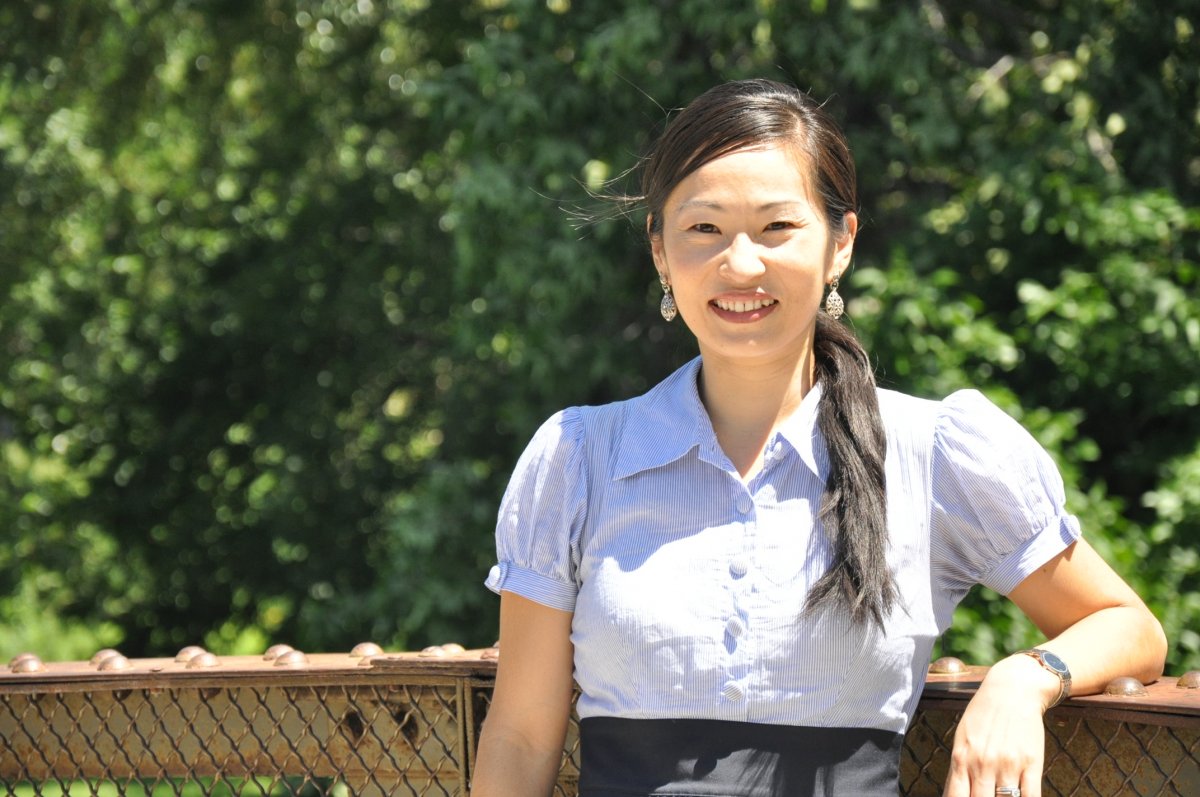 Members of the Racial Equity Committee say that the English Department had already increased its number of faculty of color by adding a preferred qualification to their job descriptions during the last two hiring cycles. Both Dr. SooJin Pate (pictured, right) and Shannon Gibney were among those hires.

“You have questions like race being a social construct — as being currency — out of the discussion of critical race theory,” explains Professor Mahmoud El-Kati, author and historian. Racism, he says, is at the foundation of all American institutions, and as such, inequalities are inherent. But he doesn’t call it racism.

“When you say ‘racism,’ you mean White Supremacy to me. How else do you explain what we are talking about? All of this is a part of critical race theory, of people reexamining it, looking at history from other eyes rather than White Supremacy eyes…the people who drive and run the economy. And then you add to that the educational system, which is White Supremacy-based.”

“One of the foundational premises of [critical race theory] is that race is not biological,” Dr. SooJin Pate explains. “It talks about how race has been socially constructed in politics, in economics, in society and culture, and looks at the various ways in which race has been constructed in various contexts, and how it has been wielded to create social inequality.”

Besides familiarity with critical race theory, there are many other preferred qualifications for English faculty, including expertise in composition, rhetoric and technology. But for the last two hiring cycles, it was critical race theory as a preferred qualification that seemed to attract faculty of color. Both Gibney and Pate say that is, in fact, what attracted them to the job.

However, this preferred qualification has since been challenged. An internal complaint filed by an individual “alleged that the English department’s requirement of critical race theory as a preferred hiring qualification discriminated against him as a white male,” according to a June 22 letter from Lois Bollman, MCTC vice president of academic and student affairs.

An outside investigation determined that there was reason to consider striking the preferred qualification from the job description. Doing so is one of the reasons Dr. Pate cites for her decision to resign from the college.

What of reports that its inclusion increased the number of faculty of color? “I didn’t notice a difference based on that particular posting,” Cusick says. “We’ve had a great number of people of color that are applying when we have not been using that qualification as well.

“We’ve also heard anecdotally from people of color that they weren’t familiar with critical race theory,” Cusick adds. “While we know that we have a small group of people that are very committed to that particular theory — that one theory — it is not something that is known or understood even by people of color that work here at MCTC.”

Dr. Jessie Mason, a faculty member in the psychology department, says that the inclusion of the term has been discussed in a concerned faculty meeting he attended. He understands the administration’s point of view. 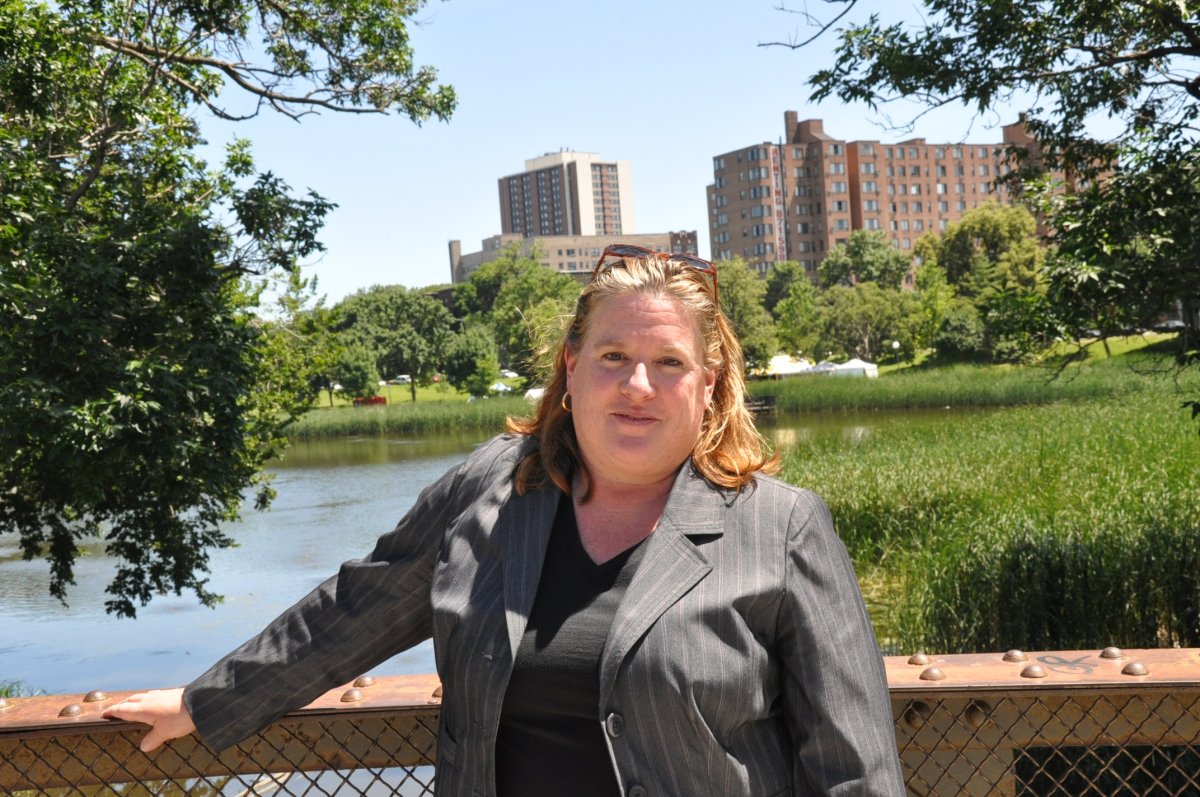 Dr. Kathleen DeVore (pictured, left), founder of the Racial Equity Committee that suggested the language, says, “We don’t even define specifically what it is. And a recognition that all American institutions are growing out of racially divided history — that every single institution is still marked by racism — if you are somebody who doesn’t know that, we don’t want you teaching [here].”

Mason also sees the Racial Equity Committee’s side of the argument, believing that the intent of including the term needs to be addressed. “What kind of language — if it’s a language barrier — can we use that will be more general? What should we be able to expect people to know to be able to effectively work with our students of color?”

Mason chairs the Minnesota Minority Educational Partnership and coordinates the African American Male Education Empowerment Program. He says he wants to develop a Black teacher pipeline that will help widen the pool of qualified candidates that MCTC and other institutions have to draw from.

“I got here because I was at an HBCU and came to the graduate school at the U of M because they specifically did target marketing to HBCUs,” says Mason. While working in Minnesota schools and while attending grad school, he says he was the only African American male in his department. 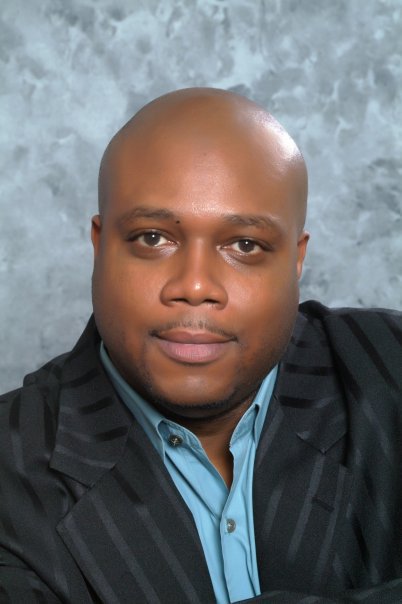 Mason has concerns about the experience of faculty of color on campus. “[The campus environment] can be unwelcoming, especially when you consider you may be isolated in a department and may not be able to get out into other areas of the college to build networks of individuals who look like you.” He does believe that MCTC administration has put emphasis on trying to improve.

“As a person who runs one of the retention initiatives, particularly for African American males, of course I’m concerned, because there are not a lot of African American male faculty of color on the campus that can be mentors and form relationships with individuals who look like them, that would increase their retention and graduation rates,” Mason says.

“I think [this] is a wonderful opportunity for us to begin to make those changes that will fall in suit with the cultural changes that we are currently experiencing here at MCTC.”

Watch the MSR for further stories in this series on MCTC’s efforts to accommodate growing student diversity.