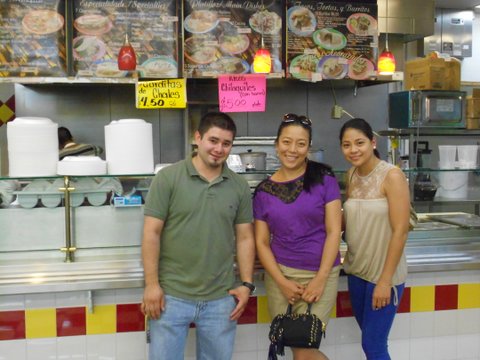 Though Morelos is the second-smallest of Mexico’s 31 states, it has sent more than 100,000 immigrants to Minnesota, making up more than half of Minnesota’s Mexican immigrants, and many of its immigrant entrepreneurs. Why so many Morelenses in Minnesota?

According to Ana Luisa Fajer Flores, Mexican Consulate in Saint Paul, many immigrants from Morelos have chosen Minnesota for work opportunities, family reunification, and the fact that Minnesota has a reputation for being a “welcoming state.”

Most Morelenses have arrived in the past 40-45 years, the majority having settled in the Twin Cities metro area.  Significant numbers of immigrants from Morelos can also be found in greater Minnesota, particularly in the meat-packing industry. Many Morelenses are entrepreneurs. Fajer Flores describes Morelenses as tending to be “very hard workers, united, tied to their towns of origin and desiring to give back to their communities.” She also characterizes the community as valuing its traditions, exemplified by the celebration of the patron saint of Axochiapan, San Pablo, every January at Sagrado Corazon de Jesus Church in Minneapolis. (See video clips of the festivities: Axochiapan Celebra en Minnesota and Feria Axochiapan 2012- Minneapolis) The Assumption Church (305 E 77th Street) in Richfield also has members from Morelos. 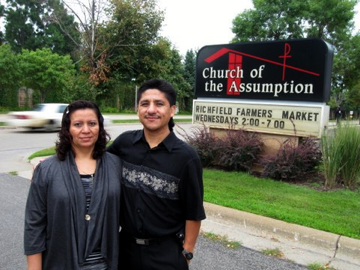 Morelenses Alberto and Elvia Zuniga  have been living in Minnesota for 20 years. Alberto is a factory worker who counsels couples at their Richfield church along with his wife. Elvia describes Minnesota as “beautiful” and “offering better opportunities than other states.” She is particularly impressed with the quality of the education her three children have received here.

Rolando Borja of the Minneapolis-Cuernavaca Sister City Association credits the exchange programs between Cuernavaca and Minnesota with piquing his curiosity about Minnesota culture. Several local universities including the University of Minnesota and St. Thomas send students to Cuernavaca. The association is working to get a donated fire truck and ambulance from Minneapolis to Cuernavaca, and encourages all types of cultural and research-oriented exchanges between the two cities. Several of Borja’s family members have hosted Minnesotan exchange students, and several of the cousins from his generation have married Americans, many of them former exchange students who had stayed with their families. Borja himself is married to a Minnesotan and has his own business, Integrated Staffing Solutions at 2845 Harriet Avenue in Minneapolis.

The Mexican Consulate cites its three registered Morelense Clubs as evidence of the community’s ties to their roots and desire to give back to their communities. Members of the three clubs, Unidad Morelense, Club Morelos and  Club Cuernavaca-Axochiapan, Morelos get together for one main purpose: to send money to their hometowns. For every dollar sent back they receive 3-for-1 matching funds from Mexican government programs and organize community service projects, such as nursing homes or community centers.

Morelenses have many kinds of businesses in Minnesota. 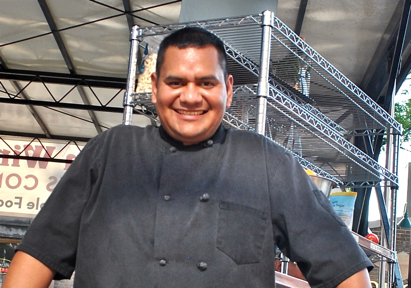 Hector Ruiz is a Cordon Bleu-trained chef from Morelos. His restaurants, El Meson and Café Ena, change their menus seasonally and are acclaimed for their Latin fusion cuisine. El Meson features Caribbean and Spanish fusion cuisine, and is especially known for its tapas. Café Ena features seafood and French-Latin American fusion cuisine.

Ruiz settled in Minnesota 22 years ago, reuniting with his cousins who preceded his immigration, after having tried living in California, Arizona, New York and Chicago. He said Minnesota is “safer and had fewer gangs.” He is grateful for having been mentored by his former employers at the Rainforest Café. When asked about Minnesota, he is positive about the economic prospects for small business owners. He has brought six family members here from Mexico, and praises the favorable conditions to raise a family in Minnesota due to the quality of the schools, low crime rate, and abundance of recreational activities.

Armando Ocampo and Lilia Zagal have found great success with their Los Ocampo business, having established four taquerias and one restaurant in the Twin Cities. They were featured in an earlier Daily Planet article, which noted that, “Armando Ocampo calls himself ‘an optimist, someone who’s always looking forward.’ His wife, Lilia Zagal, ‘has more new ideas every day.’ Together, the two have opened four Los Ocampo taquerias and one full-service restaurant in rapid succession since 1999, shortly after emigrating from Tejalpa, a small village in the state of Morelos, Mexico.” 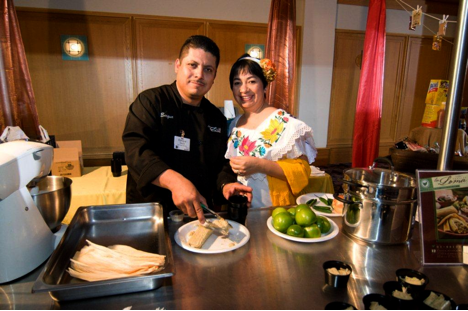 Enrique Garcia Salazar and his wife Noelia arrived in Minneapolis in 1993. Enrique worked his way up through restaurant jobs as a dishwasher, then cook. The entrepreneurial bug bit when he successfully began to sell tamales as a side business. In July of 1999, the husband and wife team opened a restaurant in Mercado Central, working day and night and watching their business flourish. La Loma Tamales now has four locations including Mercado Central, Global Market, 608 2nd Ave. S., Minneapolis, and the newest location, just opened this summer, at 444 Cedar Street Suite 210, Saint Paul. They also have had concessions stands at Gopher Stadium and the State Fair, and offer catering and wholesale distribution of their products at retailers such as Cub Foods and Byerly’s. 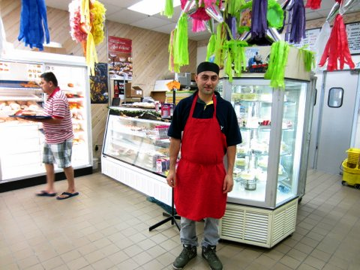 Miguel Urzua, owner of La Concha Bakery at 8551 Lyndale Ave. S in Bloomington, came to Minnesota as a teenager. Having lived in Morelos, California, and Chicago prior to his arrival in Minnesota, he came to Minnesota with his parents 18 years ago. They had received an elementary school education only in their native Morelos, and found employment in the fields of Morelos to be full of hardships. When one of Miguel’s uncles told them about Minnesota, where he had founded Marissa’s Bakery in Minneapolis, they decided to immigrate, hoping their five children would have a better future.

Continuing the family tradition of baking, Miguel opened La Concha Bakery nine years ago. Miguel and his employees (the majority of whom are also from Morelos) make sweet breads and cakes by hand. He also offers Mexican groceries and deli sandwiches. Farther north at 2750 Nicollet Avenue, his cousin David Perez helps manage the first Minneapolis bakery opened in their family. Marissa’s Bakery continues to thrive, in addition to baked goods it now offers Mexican kitchen wares, Mexican and South American groceries, and a Mexican deli with daily menu changes including mole sauces, tacos, tortas and burritos. On weekends, salsa is made fresh in the traditional molcajetes (stones used like a mortar and pestle) and they offer traditional roasted pork carnitas. The newest addition to Marissa’s is an on-site flour tortilla press. Perez says, “My whole family loves it here. It’s peaceful — nothing like Chicago cause it’s crazy — so populated, so busy.”

It seems common values of community service, family unification, and a strong work ethic have perhaps influenced immigrants from Morelos in choosing Minnesota as their new home. As we get to know our new neighbors we may find we have more in common than first meets the eye.

Do you know a Morelos business in Minnesota? Add it to our community directory, or tell us about it in a comment below.